Sport News 24/7 By Milly Cooper  @MillyCooper  @TLE_Sport One of the final events of the 2014/15 British Alpine snow sporting calendar was the Delancey British Alpine Children’s Championships, an annual race that brings together young athletes from all over the UK as well as international entrants, in order to compete for the top prizes in […] 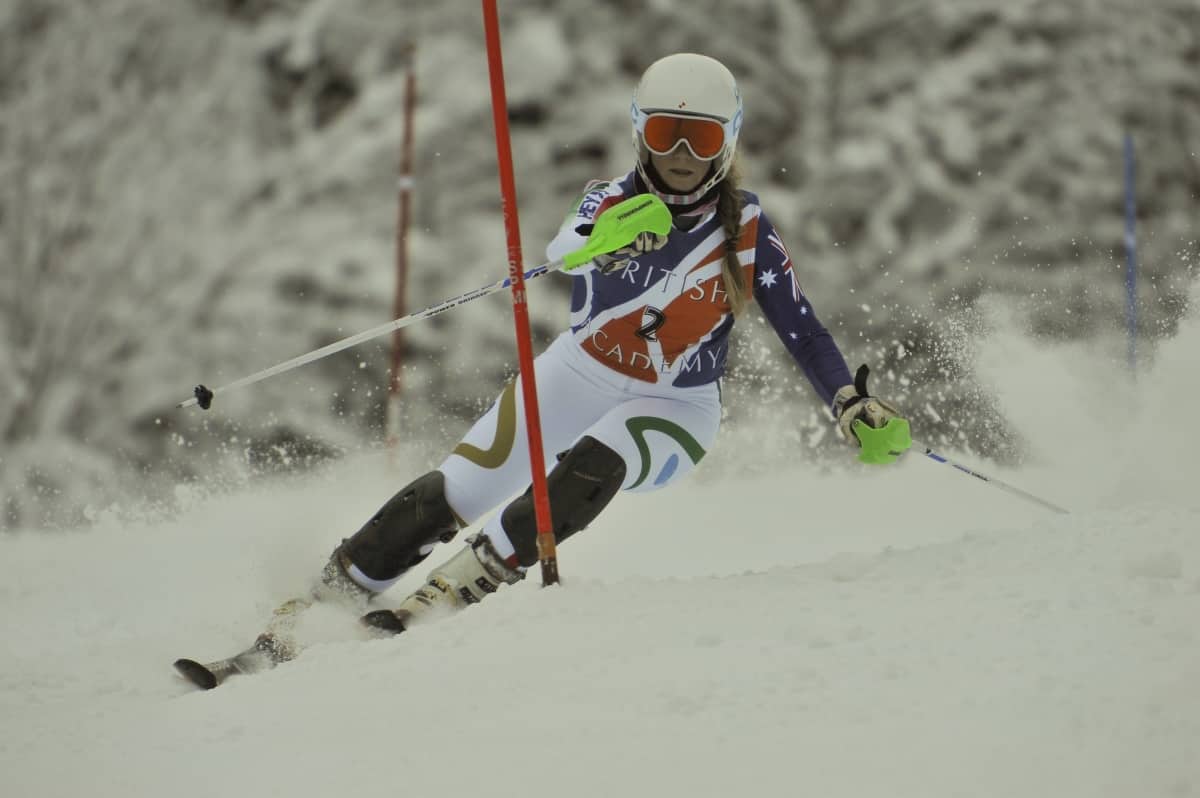 One of the final events of the 2014/15 British Alpine snow sporting calendar was the Delancey British Alpine Children’s Championships, an annual race that brings together young athletes from all over the UK as well as international entrants, in order to compete for the top prizes in their age groups.  This year’s event, which took place in the popular French resort of Tignes, saw each junior compete in Slalom, Giant Slalom and Super Giant Slalom events.

After battling with tricky weather conditions for much of the week, the Delancey Championships ended on a high with a bluebird day and an exciting Super G course, concluding a challenging but rewarding week which gave the rising stars of British skiing the chance to showcase as well as improve their on-piste talents.  Two of those shining stars are London-based athletes Angus Wills and Alicja Krahelski, who proved during the course of the week just how dedicated and talented they are.

After racing was postponed on the Monday, the action kicked off on Tuesday with the U16 Slalom with Angus, who trains with Ambition Racing, putting in a strong performance with a time of 47.96 to top the boy’s results.  Alicja, who races with Telford Ski Club impressed with the fastest run of the day at 46.91.

Angus then went on to come third in the Championships Giant Slalom and second in the Super G which took place on the final day Super G.

When talking about his chosen sport, Angus, who is supported in his racing endeavours by Rossignol, says, “skiing is obviously an odd sport for a teenager from London to be competing in internationally but as long as I keep performing at a high level, develop my skiing, keep up with my school work and enjoy what I do, there’s nothing to hold me back.”

Alicja, who is also sponsored by Rossignol as well as Ski Blitz and GLL, agrees that doing any sport to a high-level can cause a tough life balance, but is just as adamant that continued enjoymentof the sport is the key: “I have been alpine skiing since the age of eight.  I loved it then and I still love it now.  It is hard work and you have to be willing to sacrifice a lot of your time for it.  My school, Sacred Heart High has really helped me, as when I’m skiing I sometimes miss a lot of school.  With their cooperation I have been able to keep on track with my school work when training.”

In regards to the logistics of training in London Alicja says, “Whilst living in London it can be hard to train as there is obviously no snow or mountains, but this just means that when spending time at home I need to do a lot of fitness work, strength and conditioning – with good fitness comes good skiing.”

After his success at the end of the season Angus went on to explain the importance of the support he receives from sponsor Rossignol: “At the end of last season I made the call to switch ski suppliers and join up with the Rossignol Race Team.  The guys there have been extremely supportive and helpful and a lot of my success was helped in a large part by them – I can’t thank them enough.”

Of her success Alicja is refreshingly down-to-earth: “My success comes down to those who have helped me along my way so far, especially my coaches Sally Bartlett, Richard Breese, Stephen Edwards, Mark Vinter and John Reidy.  A big thanks goes to my sponsors and of course my parents who have always supported me, giving me every opportunity to achieve what I have.”

Of course the opportunity to race is vital to both athletes progression.  Angus describes the Delancey Alpine British Championships as “always one of the highlights of the season because it is the final race and gives all the racers a chance to hammer down some last runs before the season is over.  It’s a key race in terms of being selected for the British Alpine Ski Team so racers always give it their all, resulting in some pretty close finishes.  This year I managed to take the overall U16 British title which probably is the highlight of my young career so far so thank you Delancey for sponsoring the event once again.”  Alicja echoed his sentiments: “Despite the adverse weather conditions, the organisers still managed to successfully run the season’s most important races. I hope Delancey will continue to support British Racing in the future.”

When it comes to longevity Angus is realistic: “just because you succeed at a young age in a sport doesn’t guarantee success throughout your career and I am well aware of that.  I am just trying to take advantage of all the opportunities that come my way and keep enjoying the sport I do.”

Alongside the the two racers’ incredibly mature and dedicated attitudes are some focused ambitions for the coming 2015/16 season.  Alicja is very clear on her goals and achievements: “my aspirations for next season are to continue representing Great Britain in international races, and to have a top 10 finish in the Children’s FIS race in Folgoria, Trofeu Topolino.”

Angus is equally as committed, despite the change in age category that he will face: “next year is going to be tough since I will be competing in international junior events which is where the competition gets way more serious.  This summer I am heading down south to New Zealand for my off-season training which will hopefully give me a kick start to my season in Europe next winter.”

It takes some series commitment but the love both Alicja and Angus have for skiing is clear when speaking to them.  They prove that where you live doesn’t have to hold you back from great achievements in your chosen sport.

Find out more about the Delancey British Alpine Championships: http://www.britishalpinechamps.com