With a ball yet to be kicked in the 2017/18 season football’s elite players are already generously offering their two penneth on how to “make refereeing better”. Barcelona star Gerard Piqué, who is known for regularly hitting out at refereeing decisions, told Japanese magazine Soccer Kings that he wants to “change the refereeing system” in order to “eliminate […] 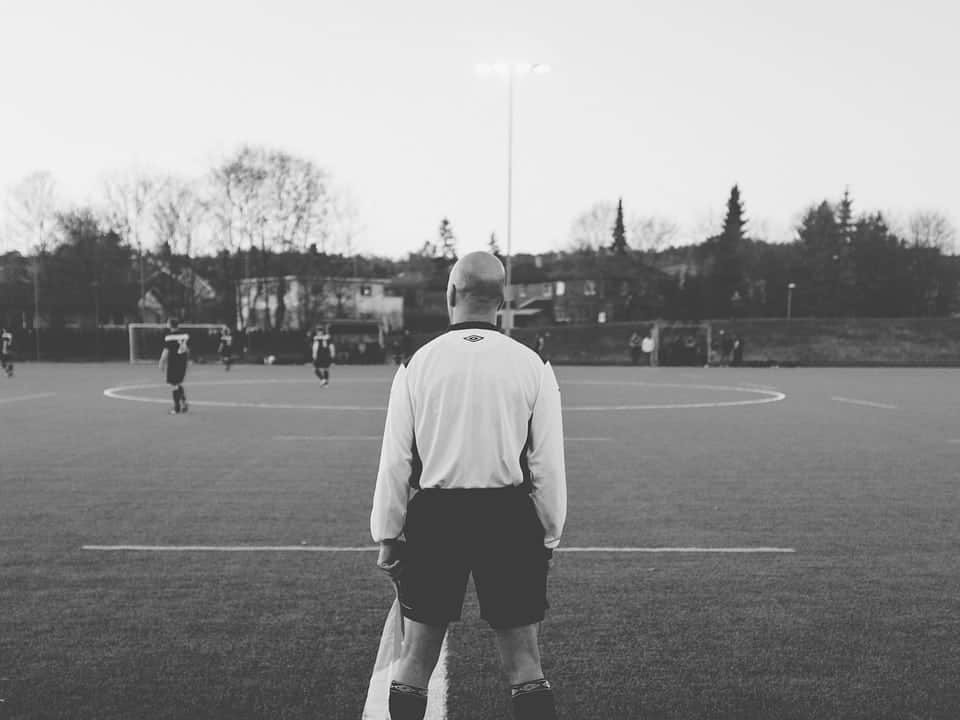 With a ball yet to be kicked in the 2017/18 season football’s elite players are already generously offering their two penneth on how to “make refereeing better”. Barcelona star Gerard Piqué, who is known for regularly hitting out at refereeing decisions, told Japanese magazine Soccer Kings that he wants to “change the refereeing system” in order to “eliminate injustices and to ensure there would be less controversy”. Hefty promises for such a complex discussion, but the worrying thing is that he’s missing the point entirely.

The problem is that from his lofty heights its hard to see the impact his comments are having at the grass roots. He sees no problem in lamenting referees after a game and rather sees a solution in delaying play so technology can eradicate human error and ensure his team of genetically engineered superstars can rightfully take the spoils.

It’s a familiar tale. Footballers and pundits in the UK have made referee-bashing a national pastime over the years and with our appetite for tech properly whet since the dawn of goal-line decisions we have all jumped on the bandwagon to get more robots incorporated into other aspects of the game. Video technology (or VAR) was implemented for the first time at this year’s Confederations Cup to much appraise, although the end result was far less impressive. Former Premier League referee Mark Halsey called it a “shambles” and several people raised the question of when it should actually be used. For me the moment that killed any appetite I had was when the first goal was sent “upstairs”. The crowd went wild but were immediately summoned to hold their celebrations only for the goal to be ruled as legitimate – by which time all enthusiasm had abated. Rubbish.

But the big point for me is the impact this is having lower down the strata. When I was a wee teenager I got my refereeing badges and spent a good few months cycling up to the local football pitches to earn my weekend spends refereeing amateur league football games. But I’m surprised I lasted that long. The level of abuse waged from the touchlines from parents was unbearable at points and it was only compounded by the jibes and groans on the pitch. There’s no video technology to help you at that level, heck you rarely even get linesman to help out. But without a referee there the games wouldn’t take place, and I used to get inundated with calls to ref matches thanks to the sparse availability of officials.

It’s a trend that has only worsened.

According to new research by Dr Tom Webb at the University of Portsmouth football in England could be on the brink of a major shift due to an appalling lack of respect shown to referees. The study found referees at all levels are routinely subjected to verbal and physical abuse, resulting in a disenfranchised workforce, an uneven distribution of power and serious issues concerning the structure of the game itself within England.

Dr Webb said: “Referees are leaving the game and threatening to leave the game, at least in part because of the lack of respect, the violence and abuse they routinely face.

“Games take place every weekend without a referee due to shortages.

“The Football Association is now reviewing its Respect programme – the need for an overhaul is urgent if football as we know it is to survive.”

Webb also believes there needs to be a cultural shift in football, and arguably in society more widely, so it becomes usual to be revolted by shockingly bad behaviour. Speaking to referees around the country the common theme was clear. One told researchers: “I had to abandon a game last season because of threats made by a spectator. I am a police officer and deal with abuse on a daily basis…but I referee to enjoy football and no one has the right to put my safety at risk when I expect to go home to my children.”

A third of the referees surveyed called for much more severe penalties to deter players and clubs which show match officials no respect, saying the current two-match ban for abusing a referee was not enough. Another referee who was talked to as part of the study said: “If referees clamp down more in the Premier League and apply the letter of the law, discipline would filter down. But, in my opinion, the money at the top end means games are influenced by advertisers…bookmakers also have a vested interest. Call it cynical but it’s what every referee I know is thinking.”

Dr Webb, who has recently formed the Referee and Match Officials Research Network, said the findings raise “interesting insight” into attempts by individuals and organisations, such as the Football Association, to centrally regulate abuse and control in the game and also raised the question of whether abuse of referees was representative of wider problems in English society.

“The Premier League sets the standard for the game as a whole, on field and off,” he said. “If spectators, coaches, players and others see bad behaviour in the Premiership, it filters down to lower levels of the game and becomes the norm.”

Referees became the norm on the pitch over 150 years ago when an increase in gambling on sporting fixtures sparked the need for an arbiter. Historically, early and crude forms of mob and folk football had regional rules and variations and physical and verbal abuse was routinely directed at referees, but gradually, a moral revulsion made overt violence on the pitch culturally unacceptable.

The Respect programme was launched in 2008 and aimed to improve the working conditions of referees at all levels of the game, in response to a fifth of match officials leaving the game due to the behaviour on-field and off-field of players, coaches, spectators, and parents. For World-class footballers it may be time to stop placing the microscope on officials and take a good long look in the mirror. Ultimately, respect must proceed tech if we’re going to up standards both from players and officials.