Cricket and F1 are also called off

Aston Villa’s chief executive, Christian Purslow, among those at the league’s London headquarters. En route into the offices, Purslow said clubs would “do the right thing”. We are expecting the Premier League and EFL to suspend matches until 4 April. At least seven top-flight clubs now have players in quarantine.

“I don’t think we had any great leadership last night listening to the prime minister,” said Pearson.

“I was totally underwhelmed by the lack of leadership and clear message in terms of what was said in that press conference.”

Away from football … England’s Test series in Sri Lanka has been cancelled, with all players sent home. “Due to the Covid-19 pandemic worsening globally, and after discussions with Sri Lanka Cricket, we have today made the decision to return our players to the UK and postpone the forthcoming Test series between Sri Lanka and England,” reads an ECB statement. 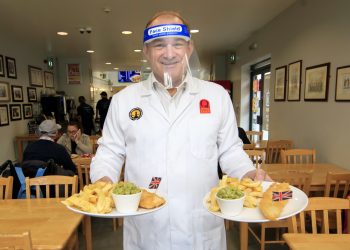