Champions Manchester City will kick off their 2019-20 Premier League season with an away trip to West Ham United while Liverpool get the ball rolling with a Friday evening home clash against promoted Norwich City. The fixtures, released at 0800 GMT on Thursday, also included a meaty first-weekend clash with Manchester United hosting Chelsea, who […] 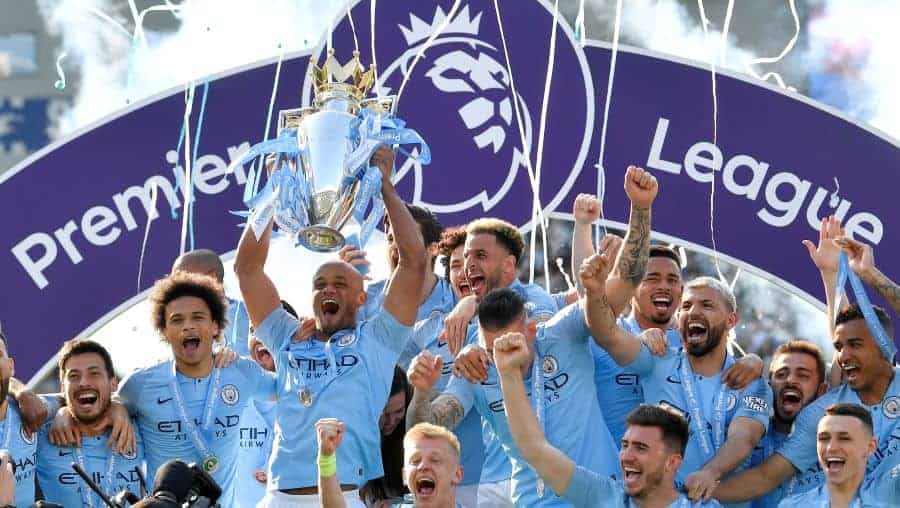 Champions Manchester City will kick off their 2019-20 Premier League season with an away trip to West Ham United while Liverpool get the ball rolling with a Friday evening home clash against promoted Norwich City.

Tottenham Hotspur, who completed the top-four last season, are at home to Aston Villa, who returned to the top flight via the playoffs after a three-season absence.

Arsenal travel to Newcastle United while Sheffield United, the other promoted club, start at Bournemouth.

The season starts on Friday, Aug 9.

The upcoming top flight season will be the first to include a brief mid-season break. A set of fixtures will be spread over a two-week period in February, meaning all clubs get a week off.

It will also feature the Video Assistant Referee (VAR) system for the first time.

Pep Guardiola’s Manchester City, who completed an unprecedented domestic treble last season, have a relatively comfortable start to the new campaign, although they do face Tottenham, who knocked them out of last season’s Champions League in the quarter-finals, at home on the second weekend.

They then travel to Bournemouth, host Brighton, visit Norwich and then take on Watford at the Etihad.

Premier League runners-up and European champions Liverpool’s first six games feature a home match against Arsenal and an away trip to Chelsea.

Tottenham and Arsenal fans will not have long to wait for the season’s first North London derby, with the sides meeting at the Emirates on Aug. 31.

Other notable dates include Liverpool’s trip to Manchester United on Oct. 19 and the Manchester derby at the Etihad Stadium on Dec. 7.

The season will end on May 17 when City host Norwich, Liverpool are at Newcastle, Tottenham go to Crystal Palace and Chelsea host Wolverhampton Wanderers.

City are the bookmakers’ favourites to retain the title, followed by Liverpool, Tottenham and Chelsea.

Sheffield United, who have returned to the Premier League for the first time since 2007, are favourites for the drop.