Football is big business – a massive global concern dominated by a handful of major clubs that resemble multinational corporations in their business behaviour and their ability to sweep-up cash. There’s no doubt that, at the top of the ladder, the product offers good entertainment and excitement, but the polarisation of European football has created […]

by Neil Jensen
in Football, Sport 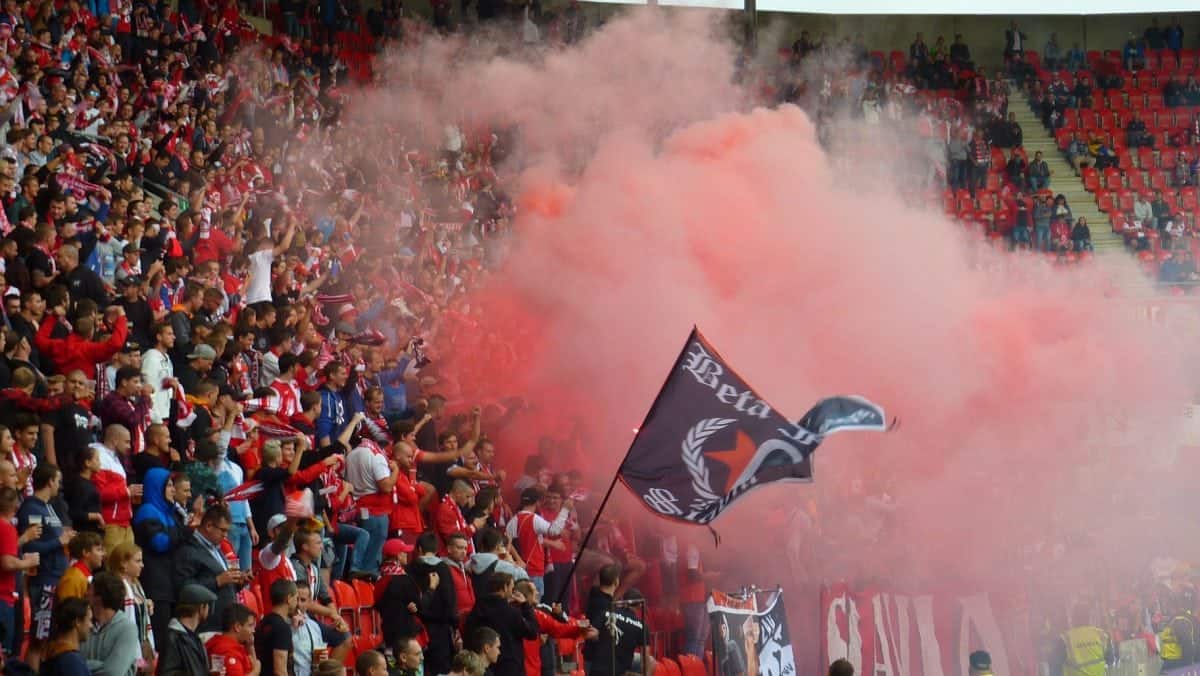 Football is big business – a massive global concern dominated by a handful of major clubs that resemble multinational corporations in their business behaviour and their ability to sweep-up cash. There’s no doubt that, at the top of the ladder, the product offers good entertainment and excitement, but the polarisation of European football has created huge imbalances that have pushed many countries into the shadows. The UEFA Champions League, for example, has become a cartel with only a select band of clubs capable of winning the premier prize in the European game.

The development of the UEFA Champions League has brought many benefits to the continent’s wealthier clubs, but it has also been responsible for changing the shape of global football, and not necessarily for the good. It has come at a cost.

The reorganisation of the European Cup into the current all-consuming  UCL format devalued the other UEFA club tournaments – it is now UCL or bust. This was not an accident, for in the past, the UEFA Cup was considered to be equally as strong as the blue riband competition. In fact, the larger format of the UEFA Cup and the fact it included teams that had finished second, third and fourth in the previous season, meant that the strength-in-depth was arguably higher. There was also a feeling that teams embarking on a long run in the UEFA could, effectively, make more money.

The Champions League’s expansion not only introduced an element of predictability, something the big clubs, and indeed UEFA and TV broadcasters, strived for, but it also closed the door on clubs from the less attractive markets. UEFA, in creating more space for the big names, damaged the now renamed Europa League by bringing in more weaker teams.

Moreover, the Champions League positioned itself to be the top football jamboree in the world, far more compelling than the FIFA World Cup. The great club versus country battle was over, and it is not international football that won. In this Champions League era, European football has seen five leagues emerge at the top: the Premier League; the Bundesliga; La Liga; Ligue 1 and Serie A.

At the same time, countries such as the Netherlands, Portugal and the former eastern bloc have struggled to keep pace with the “Big five”, countries that enjoy huge television broadcasting fees. To a large degree, revenues from TV have determined the financial strength of a league.

The composition of the five has a certain logic in it, but if a similar list had been created 30 or 40 years ago, France would not have been included. Both the Dutch and Portuguese have certainly won more prizes at club level in the past, although both countries have been pushed closer to the periphery over the past 25 years.

Germany, the UK, France, Italy and Spain are also among the top economies in Europe. In the past, economic downturns have impacted football, and in recent years, the recession and its after-effect certainly affected the ownership structure of Italian football, which had largely depended on wealthy local industrialists for financial backing. With Italy’s economic turmoil, these businessmen no longer had the clout they once had.

Italy’s financial crisis was more than equalled by Spain, but as the country tip-toed on the brink of the abyss, Barcelona and Real Madrid became even more powerful, proving there is no firm correlation between economic conditions and football success. 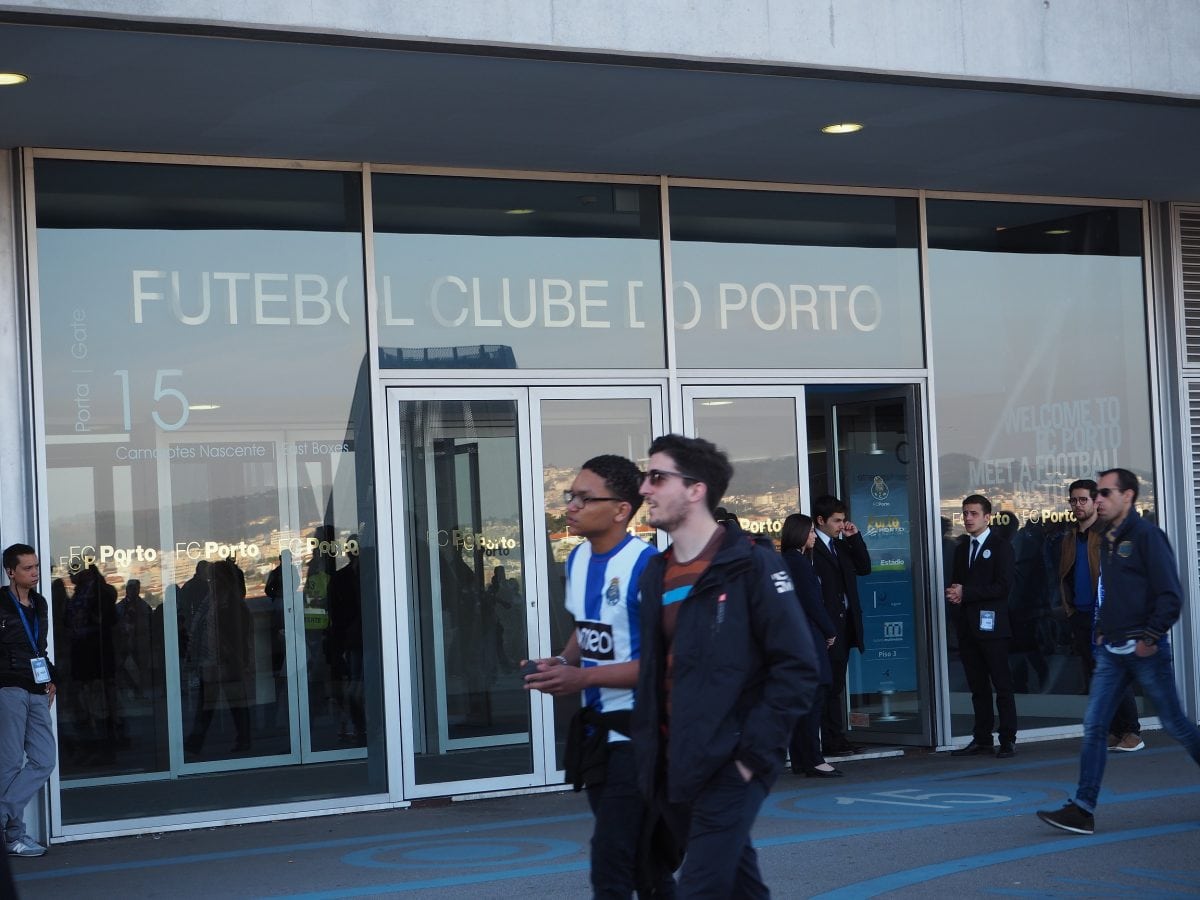 The rise of the big five is, to some extent, a reflection of big TV markets commanding healthy fees. The UK has a population of 65 million, France 67 million, Germany 83 million, Italy 61 million and Spain 46 million. By contrast, Portugal has 10 million and the Netherlands 17. It is not difficult to see the commercial attractiveness of the bigger markets.

The Dutch could claim that their league is not far away from the big five. Indeed, crowds are higher now in the Netherlands than they were in 1972 when Ajax ruled the world. But Dutch clubs are essentially “sellers”, nurturing talent and then moving it on at a profit. Benfica and Porto in Portugal have also become experts in player trading.

It is arguable that both the Netherlands and Portugal, because they have huge football brands like Ajax, Benfica and Porto, should be able to compete with clubs from more favoured leagues, but the critical component is TV money.

These clubs may be strong in their own right, but the Dutch and Portuguese do not enjoy the same level of global exposure. It is even worse for the former eastern bloc.

There was a time when clubs from Hungary, Czechoslavakia, Poland, Romania and Bulgaria could compete with the rest of Europe. They were undoubtedly tricky opponents, especially on their own grounds, and their national teams were very technical, if rather inconsistent.  The collapse of communism and socialist regimes, which propped-up football in these countries, caused turmoil and a wave of bankrupties. These countries have never truly recovered from the military rug being pulled from under the leading clubs. The best players all headed west and it is a trend that continues today. The difference is that fewer and fewer quality players are now being created. 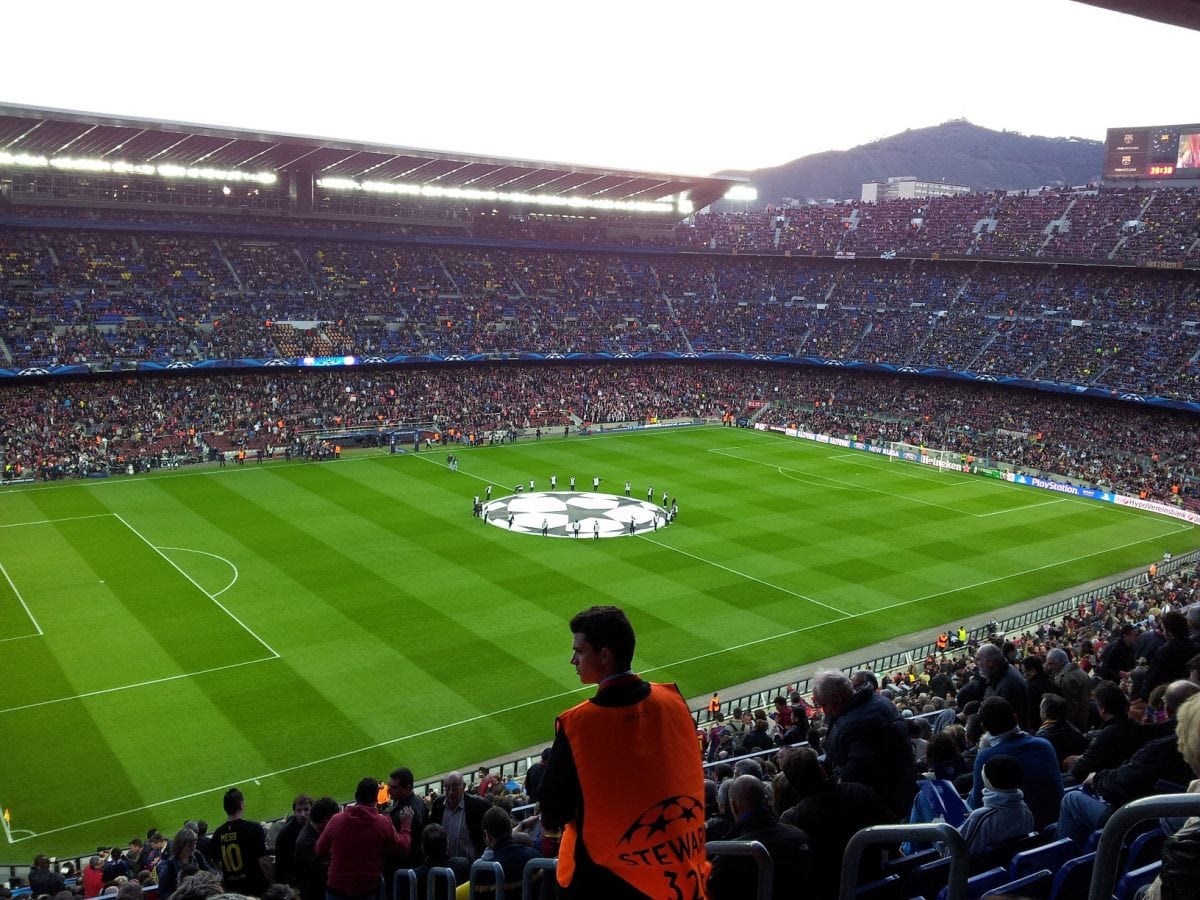 Simultaneously, the big European clubs swollen by inflated investment and TV’s devotion and dollars helped to push these clubs into the background. It’s not just a football thing, either. When the walls came down in the late 1980s and early 1990s, central and eastern Europe (CEE) was supposed to become the continent’s workshop. German companies, for example, installed factories in places like the Czech Republic, benefitting from low cost economies. These countries adopted the free market, but whereas society was generally poor and equal in the old days, now there were winners and losers, the very essence of capitalism. Some older folk in these soviet-style economies hankered for the days when nobody had much, but few had nothing.

In football terms, globalisation and the mass TV era relegated the likes of Sparta Prague, Honved, Steaua Bucharest and Legia Warsaw. Why watch below-par Czech or Hungarian football when you have Barcelona v Real Madrid on TV? The introduction of choice meant that the depleted former communist countries declined just as the behemoths of European football prospered from the UEFA Champions League era’s riches. Furthermore, some countries suffered from corruption on an all-too-frequent basis. These factors all conspired to drive down attendances. 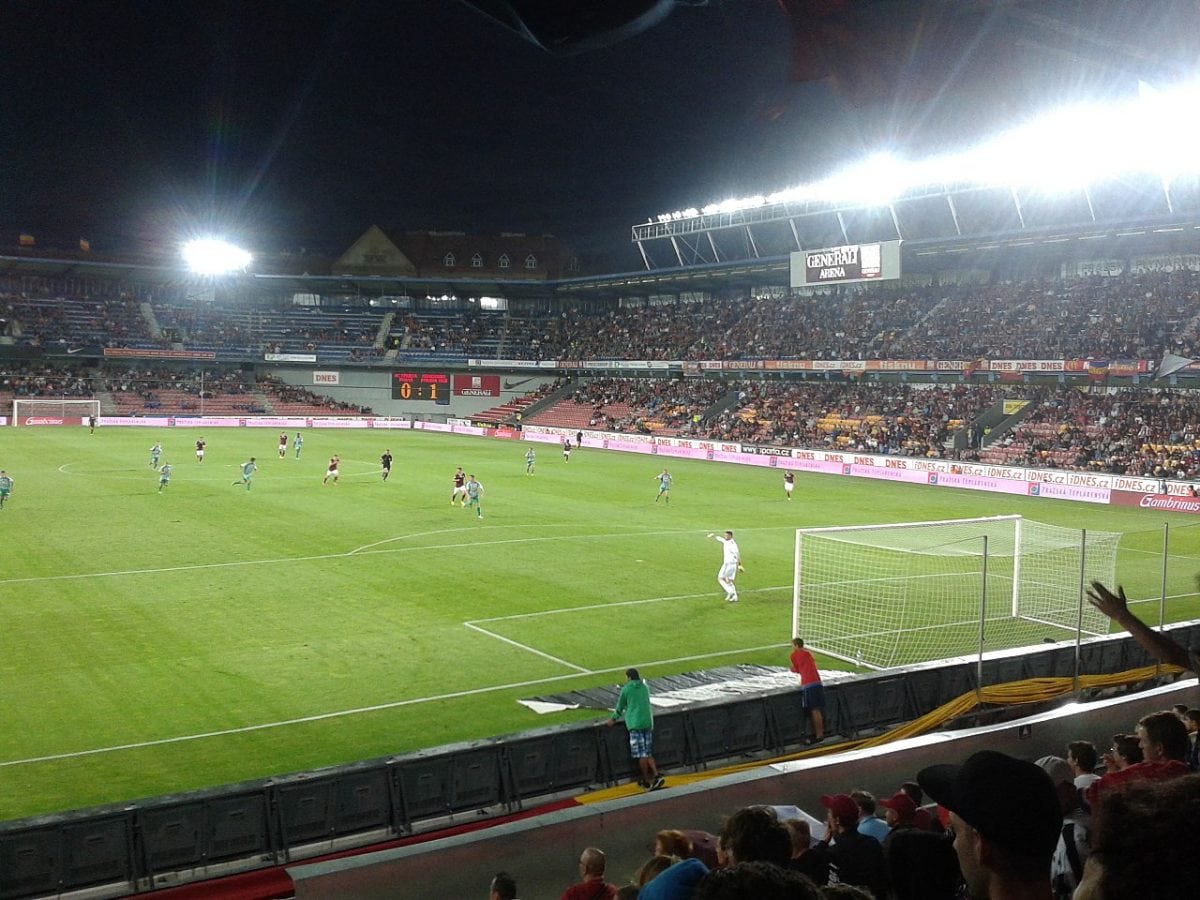 Since 1987, only nine countries have provided Champions League finalists and in the last 13 years, only four nations have been involved: Spain (9), Italy (5), Germany (4) and England (8). Likewise, within the so-called “big five” leagues, monopolies/duopolies have developed, the exception being the English Premier. Over the past decade, these leagues have become very predictable, with Paris St. Germain (4 titles), Bayern Munich (7), Real Madrid (3), Barcelona (6) and Juventus (6) morphing into elite members of a de facto super league. This group has accumulated huge wealth and with the addition of Manchester City, represents the only clubs in the world with revenues over EUR 500m, with their audiences becoming truly global.

Ultimately, football’s own concentration reflects the problems facing the European Union. The gulf between rich and poor has widened once more in many European countries, creating societies that are wildly contradictory – designer shoe on one foot, shabby boot on the other. Britain, one of the world’s biggest and most historically important economies, tolerates food banks, job outsourcing, youth unemployment and political stagnation. Real Madrid players earn more in one week than a Spanish worker can yield in five years. Yet the people keep feeding the beast, almost without question. Meanwhile, despite the game being more popular than ever across the world, clubs once considered “crack” eastern Europeans barely raise an eyebrow when their name is mentioned. Young Bulgarians are just as likely to wear a Barcelona shirt than a Levski strip. 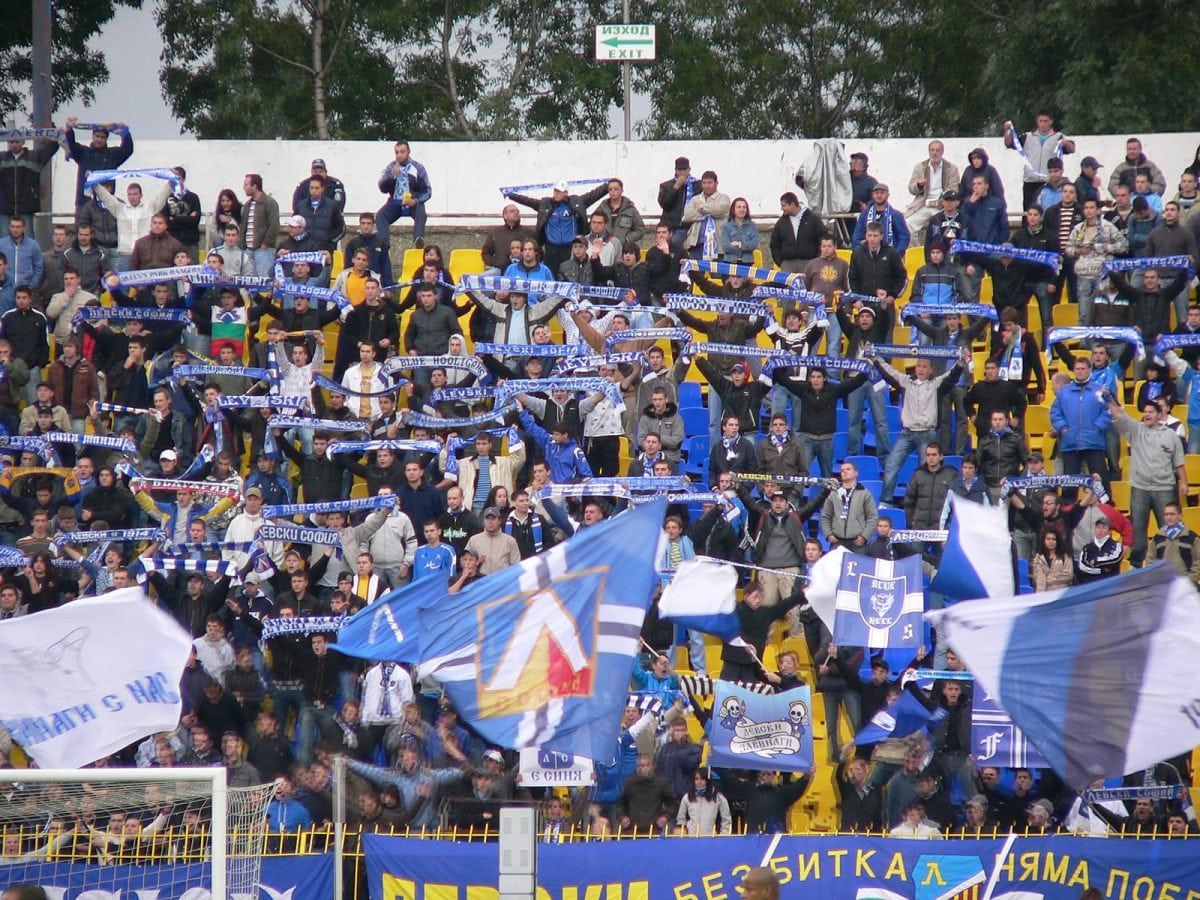 The portents are not particularly good, either. At the summit, football’s top clubs appear to be in good shape. Notwithstanding a transfer market that has become ludicrous beyond belief and some questionable ownership structures, the likes of Barcelona, Bayern Munich and Paris St. Germain have become money-making machines. Football has always been a meritocracy, but if the game is so important to the morale of a population – and its durability and influence would suggest just that – then surely it is in a nation’s interest to protect, conserve and encourage good health within its most coveted sporting organisations. Football has become a plaything, the phallic symbol of the oligarch, the oil man and the TV mogul. Europe has a population of 743 million people – it needs more than 20 bloated, all-conquering clubs. 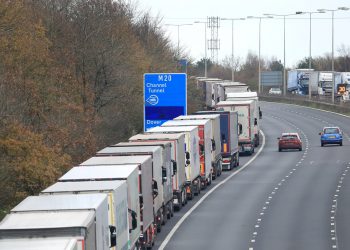