RelatedPosts Ignore the cesspit of social media, Maradona deserves nothing but global adoration Diego Maradona dies, aged 60 ‘Limited’ amount of fans allowed into sporting venues in December His ‘confidence is through the roof’ – Ex Liverpool man on Everton star Sport News 24/7 By Rob Mchugh  @mchughr  @TLE_Sport There are few teams in world […]

There are few teams in world cricket that go through the rollercoaster ride of highs and lows which England have experienced in the recent past, and this year’s tour to South Africa was no different.  A series which began with a morale boosting victory for England’s test team, ended in a farcical batting display in the T20 series, which saw England surrender a good position and with it ensure that the series was lost 2-0.  Here are some of my personal high and low points, as well as an  assessment of English chances in the T20 World Cup, which follows hot on the heels of England’s 10 weeks in South Africa.

In a match which provided a distillation of the momentum shifts that became characteristic of the tour over all formats, the 2nd Test at Cape Town ended with England scrapping to save a draw from the jaws of defeat, when at one stage only victory seemed possible thanks to a master class in aggression from middle order batsmen Ben Stokes and Jonny Bairstow.  Words can never do justice to the sheer brilliance and brutality of this partnership.  Stokes and Bairstow bludgeoned the ball to all parts of the ground on their way to scoring 399 off 352 balls.  The significance of Jonny Bairstow’s first ever test century only added to the sheer drama, as he tore off his helmet and gazed skyward tearfully, in remembrance of his deceased father, former England cricketer David Bairstow who took his own life when Jonny was a boy.  Ben Stokes’ highest test score of 258 off 198 balls will still be discussed in 100 years time.

Kagiso Rabada was the undoubted find of the series, and shouldered the sizeable burden left in the wake of Dale Steyn’s injury.  The young fast bowler bowled with pace, accuracy and, at times, aggression across all formats, and looked every inch an international player.  Given time to mature and develop, he will become a real star of international cricket.

Temba Bavuma came into the test series under some pressure, as did many of the South African Batsmen after their difficult tour of India. His century in Cape Town was one of poise and grace, and also with real significance. Bavuma became the first black South African to score a test century, and provided the second historic moment in what was a fascinating test in Cape Town. For South Africa to find two young cricketers with such talent, at a time when race relations in the country are somewhat strained, could be a real boost for the game.

The Form of Alex Hales in the ODI Series

Alex Hales will, no doubt, be the first to admit that he underperformed with the bat in the test series. But his form in the One Day Series was scintillating, and may have ensured he remains as the test opener when England next don their whites against Sri Lanka in May. Hales scored 4 consecutive half centuries and a century in the last game, when he was to only English batsman to register a significant total. His individual aggregate of 383 runs is the highest ever accumulated by an English batsman in a 5 game ODI series.

Although he would eventually go onto turn around his batting, Hashim Amla had a more tumultuous time than most South Africans at the beginning of England’s tour.  Without a score in a number of innings and trailing 1-0 in the series, Amla was under real pressure when Ben Stokes and Jonny Bairstow were flaying the ball around Cape Town.  It took Amla relinquishing the captaincy to AB de Villiers to arrest his bad form with the bat.  It is never easy to watch as great a player as Amla struggle as much as he did in the early stages of the test series.

Having led 2-0 in the ODI series only to lose 3-2, England needed a positive showing in the T20 internationals to recapture some lost momentum going into the T20 World Cup.  Those hopes were dashed in cruel fashion in Cape Town.  England had set South Africa 135 to win, and going into the final delivery, South Africa needed 2 runs to win, at 133-7.  Chris Morris slapped the ball out to Joe Root at long off, ran the first run, and turned around to attempt the second which would win the game for South Africa, knowing at least a tie was guaranteed.  Root threw the ball back to Topley, who stood next to the stumps, with the batsman well short of his ground, and all Topley needed to do was whip off the bails to take the game to a super over.  Instead, Topley fumbled, the batsman completed the two and South Africa secured the victory.  Throughout their tour, in all formats, England have looked weak in the field, it is something they need to address to have a serious hope in the World T20.

Of all the cricketing nations, England must be the most prone to a batting collapse. The less said about this one the better, England lost 7 wickets for 14 runs, surrendering a promising position at 157-3, to be all out for 171. South Africa knocked off the runs with only one wicket lost, securing a T20 whitewash in the process.

Their collapse in the T20 series leaves England with an unwanted headache going into the upcoming T20 World Cup. England struggled massively against the South African leg spinner Imran Tahir, which is of even more concern given that the World Cup will be played in spin friendly conditions in India.  Of equal concern is England’s haphazard fielding, which has severely declined recently.  This said, England now have a batting line-up with some excellent power hitters, capable of chasing any total.  Given their good recent form in the limited over formats, it is easier to believe Eoin Morgan when he says the last two matched against South Africa were in fact a blip, rather than something more serious.  One thing is certain with this England line up – it will never be dull. 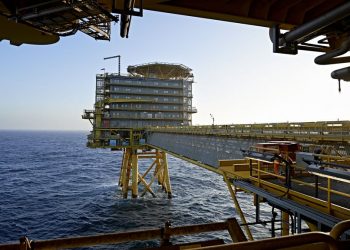