Sport News 24/7 By Noy Shani  @NoyShani  @TLE_Sport Match-fixing awareness is on the increase and a multitude of organisations are now involved in tackling the problem.  The London Economic’s Noy Shani was at a special match-fixing seminar at Birkbeck, University of London and came back optimistic. New-found optimism was at its peak.  Just ten minutes […]

Match-fixing awareness is on the increase and a multitude of organisations are now involved in tackling the problem.  The London Economic’s Noy Shani was at a special match-fixing seminar at Birkbeck, University of London and came back optimistic.

New-found optimism was at its peak.  Just ten minutes before the panellists and guests took their seats at the basement level of the Birkbeck University lecture hall, the formerly ‘immortal’ Sepp Blatter had shocked the world of football with his decision to resign as the president of FIFA.

Seems like the perfect timing just ahead of a seminar talk about combating match-fixing in football, doesn’t it?

Two years ago Birkbeck started engaging with UEFA, the European Union and FIFPro, the world union for professional football players, and following some fascinating insight and research in the field, a new and glossy looking booklet titled ‘Don’t Fix It – Protect Our Game’ has been introduced.

Kicking off the panel discussion, Andy Harvey, said: “At the local level it is important to understand the main driving forces behind match-fixing.  Most of the time these are not discussed at all.  The best prevention was and remains education.

“Players need to have much more understanding about their responsibilities.  Those that get involved in match-fixing regret it afterwards, they realise they let their family members, team-mates and fans down.”

Match-fixing affects and distorts sporting events and lives worldwide.  It reduced the number of spectators watching football in countries such as Malaysia, had players banned for life and left a stain on team-mates and fans.

Worse of all, it still continues around the globe and is spreading.

1,500 players from nine European countries were surveyed as part of the recent research.

There are of course differences between one country and another, says Tony from FIFPro.

“In some countries players do not have contracts, they are considered as entertainers and this can affect how they are getting paid.”

You will probably admit it.  If your employer stops paying you for months end, pretty soon you will be looking for some ‘side projects’.  Players in fact do the same.

“Some will resort to match-fixing so they can feed their families,” adds Tony.

No wonder than that the number one reason for players to be involved with match-fixing according to the survey is financial difficulties, topping the list with 27%, ahead of the fact it’s ‘easy money’, coming second with 22%.

Billions are spent to combat issues like drug use and related transactions.  It does not necessarily eliminate drugs.  This model also applies to match-fixing.  Enforcement alone just won’t cut it.

There is a great deal of outside pressure on footballers from Eastern European or less developed countries, including sometimes threats to their or their loved ones’ lives, said Tony.

This is, he said, the reason why FIFPro got more involved.

So, what could still stop match-fixing?  The players surveyed believe that the number one factor, with 23%, is their personal honesty and integrity. This strengthens the view that educational programmes to combat match-fixing are the way forward.

The sort of people players trust the most in delivering such schemes are player unions and national associations.  However, reporting mechanism have proved basic or not practical, whilst organisations that do run designated hotlines don’t have enough trained staff to deal with the size of the problem.

Even if these were in place, would players actually trust them?  This remains doubtful.

36% of those surveyed said that they will not report an approach to fix a match or any suspicious of match-fixing because of lack of trust and confidentiality.

The more I listen to the discussion it becomes apparent that stakeholder advocacy and involvement are required to make combating match-fixing a success.

Bear in mind, when I say success, I mean relative success.  After all, how would you even go about measuring it?  Counting the number of calls to ‘match-fixing hotlines’?

Confused?  There are many more contradicting issues also between the legal and regulatory aspects of combating match-fixing, says panellist Kevin Carpenter.

“Is there a justification for a life ban for footballers involved in match-fixing?  In criminal law you are not easily put in prison for long periods.

Carpenter also reckons that legal education in the field is too minimal.

“People don’t know how to prosecute it.  It is new and still vague.  And how do you enforce match-fixing cross borders if activity in one country affect yours?  It is not straightforward.  Some of the people involved don’t have the powers to issue warrants for instance.”

Where does this leave us?

Match-fixing and similar threats to football take many forms and involve complex sets of behaviour from many participants.

The problem cannot be resolved by one organisation or person, as the research suggests.

Andy, Kevin and Tony believe there is much more awareness nowadays, more than there ever was.

“Five years ago there were a few cases but now it seems more prominent because society, football players, fans, clubs and authorities are no longer ignorant to the consequences of match-fixing,” they all agreed.

And with that awareness, they are all optimistic that match-fixing can be handled differently and more successfully than it ever was before.  I will take their word for it.

For more information on match fixing and the involvement of Birkbeck, Unviversity of London in sports  management, visit www.sportbusinesscentre.com

Noy Shani is a sports journalist and writer – www.noyshani.com  @NoyShani 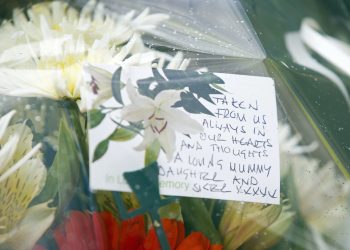