A League One football club boss has been praised after penning an emotional letter to a loyal fan who suffers from depression and anxiety.

Life-long Barnsley FC supporter Chris Ryder posted an image of the heartfelt letter on Twitter with the caption “best football club in the world”.

The club has been heralded for its actions after they reached out to the fan who had taken to social media to express how he is battling mental health issues.

In the letter, he referenced how Mr Ryder had been a long-standing fan of the Tykes and how it was the South Yorkshire club’s turn to “return the favour” for years of loyalty.

He also described how “my office door is always open” and Mr Ganaye also quipped how the club had got a handsome ‘sell-on’ fee following former centre back’s Alfie Mawson’s reported £20m signing to Fulham.

Frenchman Mr Ganaye goes on to cite the MIND charity, which promotes mental health awareness and are an English Football League partner this season.

It read in full: “Sorry for sending you a letter at random, but I felt like I wanted to reach out to you and get in touch.

“I’ve noticed through social media that you’ve had a bit of a hard time recently, I’m not sure what it is but I hope everything improves for you as soon as possible.

“You’ve been a fan of the club for many years and always supported us, so we want you to know that if the favour needs returning and we need to support you, please do let us know. 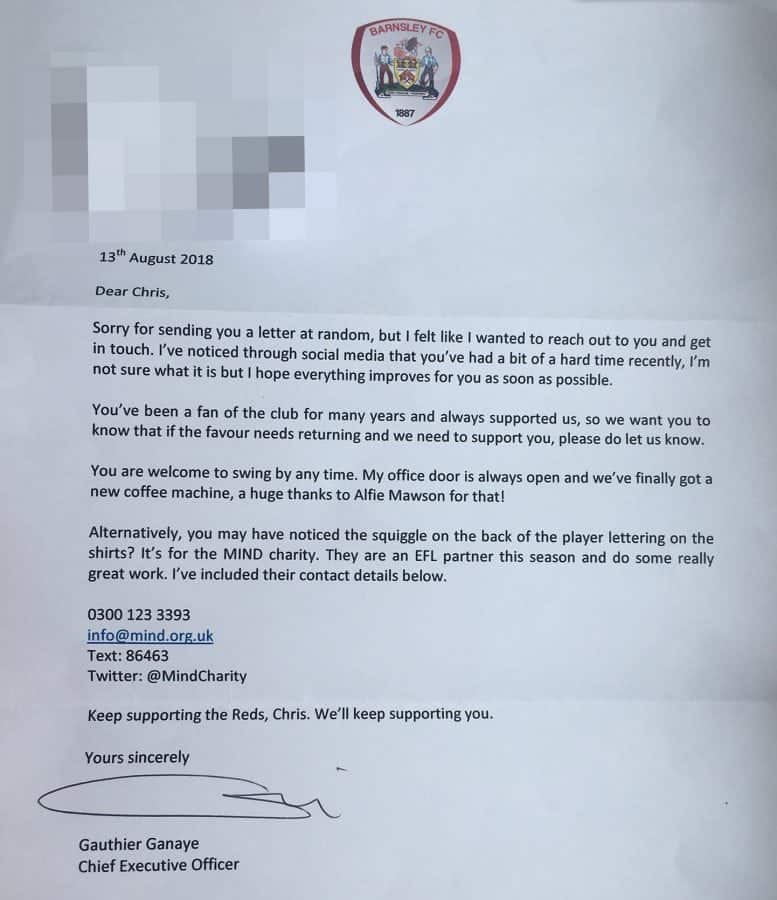 “You are welcome to swing by any time. My office door is always open and we’ve finally got a new coffee machine, a huge thanks to Alfie Mawson for that!

“Alternatively, you may have noticed the squiggle on the back of the player lettering on the shirts? It’s for the MIND charity.

“They are an ER partner this season and do some really great work. I’ve included their contact details below. Keep supporting the Reds, Chris. We’ll keep supporting you.”

Chris had previously written on Twitter how he has been battling depression and thanked people for getting in touch offering support.

Emily Christelow‏ wrote on Twitter (sic): “Fantastic @GGanaye – a real statement not only that the club is there for its fans but also that we absolutely have to talk openly and look after each other.

“I hope you’re doing ok @CWRyder and on any day you’re not know you can turn left or right at Oakwell and let someone know.”

Ollie Bayliss‏ added: “Absolutely superb! Credit to Gauthier Ganaye and @BarnsleyFC for this! Hope other @EFL clubs are embracing their @MindCharity partnership like this.”

“Chris, don’t know you at all fella, but been in dark places at times before. Never be afraid to reach out for help, as you can see support is all around us.”

Phil.I.P‏ (sic) said: “Hope that you are on the up now Chris. Having gone through anxiety myself I know how awful it can be and wouldn’t wish it on anyone. 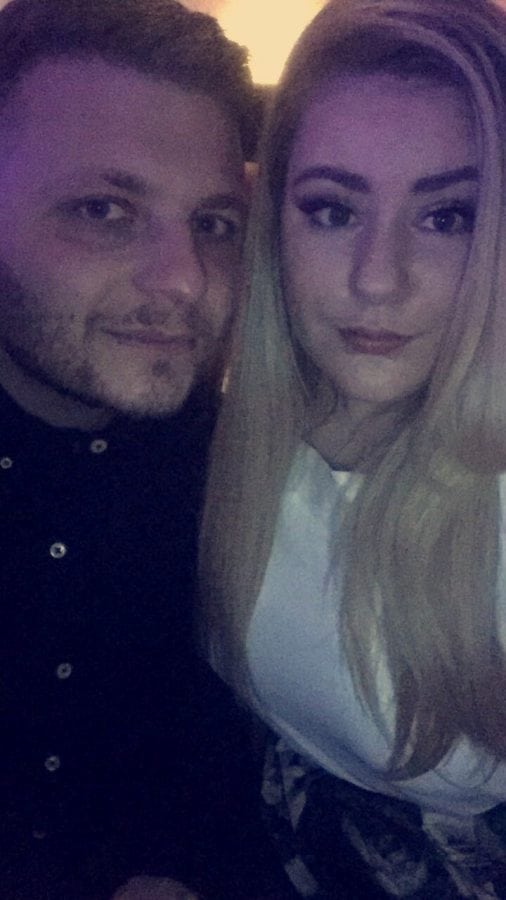 “Great that you have been able to talk about it pal; it definitely helps. Take care of ursen.”

Mr Ganaye took over as the chief executive of Barnsley last summer and was tasked with handling the take over by a consortium led by Chinese businessman Chien Lee and American Paul Conway.

At the time, he was the youngest chief executive in the Football League.