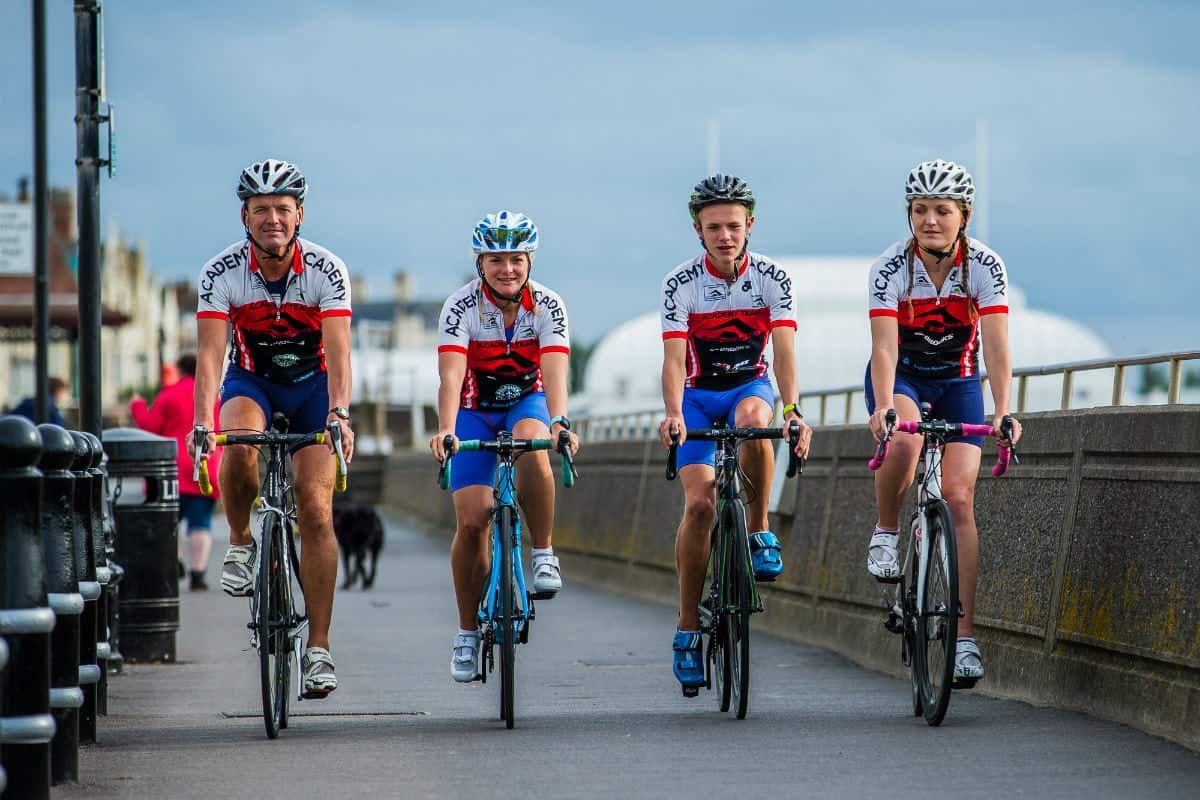 Meet Britain’s fittest family – four members of the same clan who will represent GB at the World World Triathlon Championship next month.

The group, from Burnham-on-Sea, Somerset, have been training every day to prepare for the sprint event, which includes a 750m swim followed by a 20km cycle and 5km run.

Martin, who runs the town’s sports centre, said his children have been competing in triathlons “since they learned how to ride a bike”.

He added that he is amazed by his two daughters’ passion and perseverance and feared they would turn their backs on the sport as teenagers.

He said: “It’s amazing really that the girls have kept training because they have gone through the teenage years which is when many drop out. Instead they have continued to get better and better.

“Oscar is showing great potential and has the qualities to go a long way – and who knows, maybe he could one day compete at the Olympics.

“The difference is I’m on my way out and Oscar is on his way up but we all still love competing.”

They train two hours daily and can often be seen running or cycling around the town together.

Martin added: “We don’t get out together as much these days because of the different lifestyles we lead but whenever the girls are back we do.”

Charlotte has finished a degree in sport and development at Sheffield University and Tabby is studying material science at Birmingham University.

Oscar is studying a BTEC in sports science at college.

Mum Alison, 49, doesn’t compete but she is in the support crew and is training to be a masseuse.