The large terraced property was damaged in a blaze which began at a cannabis factory in a neighbouring house on Hamil Road, Burslem, Stoke-on-Trent

House-hunters are being given the chance to snap up a property which was damaged by a fire at a CANNABIS FACTORY next door for as little as £5,000.

The large terraced property on Hamil Road, Burslem, Stoke-on-Trent, was partially destroyed in a blaze which began at a neighbouring drugs den. 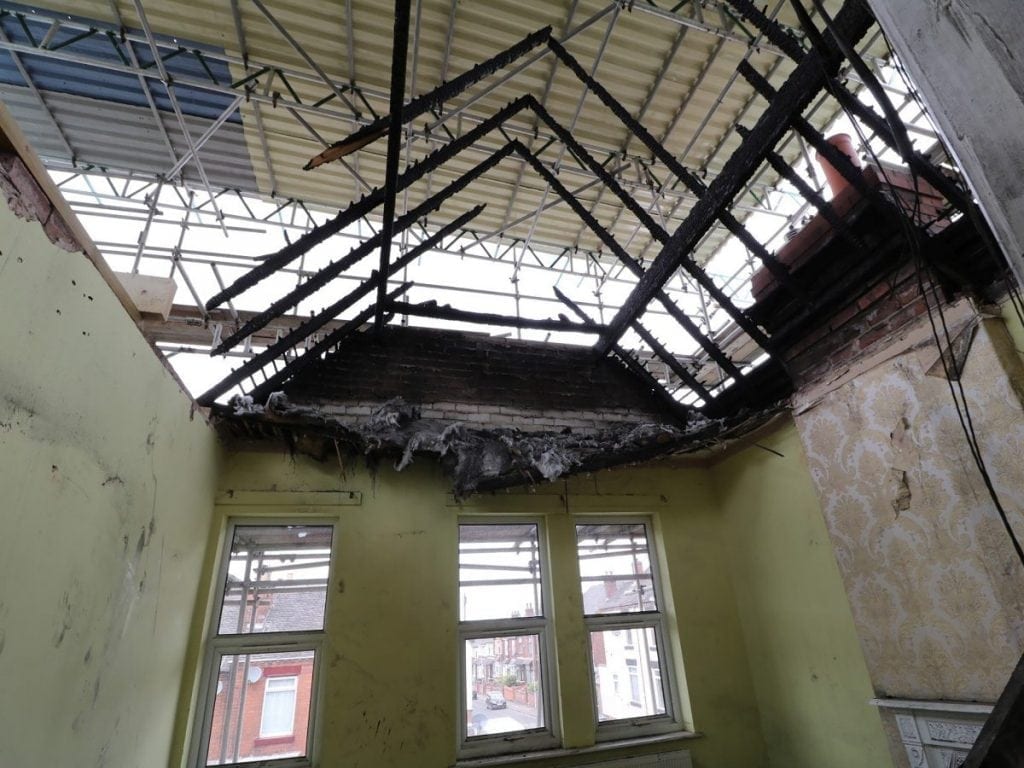 The fire tore through the family’s property after a cannabis-growing operation was set up inside a loft space by their neighbours.

The family were safely evacuated and both buildings were left with extensive roof damage following the incident on February 6.

The end-terrace house is now going under the hammer, offering house buyers the chance to purchase it for as little as £5,000 as it needs “extensive renovation”

But auctioneers Butters John Bee believe the bidding on the three-bedroomed property could reach up to £50,000 when it is sold this evening (Mon).

The auction listing describes the building as a: “Fire and smoke damaged, three bedroom town house.”

Pictures on the auctioneers’ website show fire damage to the buildings walls and ceilings, as well as work being undertaken to repair the building’s roof.

Auction manager John Hand said: “It’s a large end terrace property with three bedrooms and has a lot of potential. 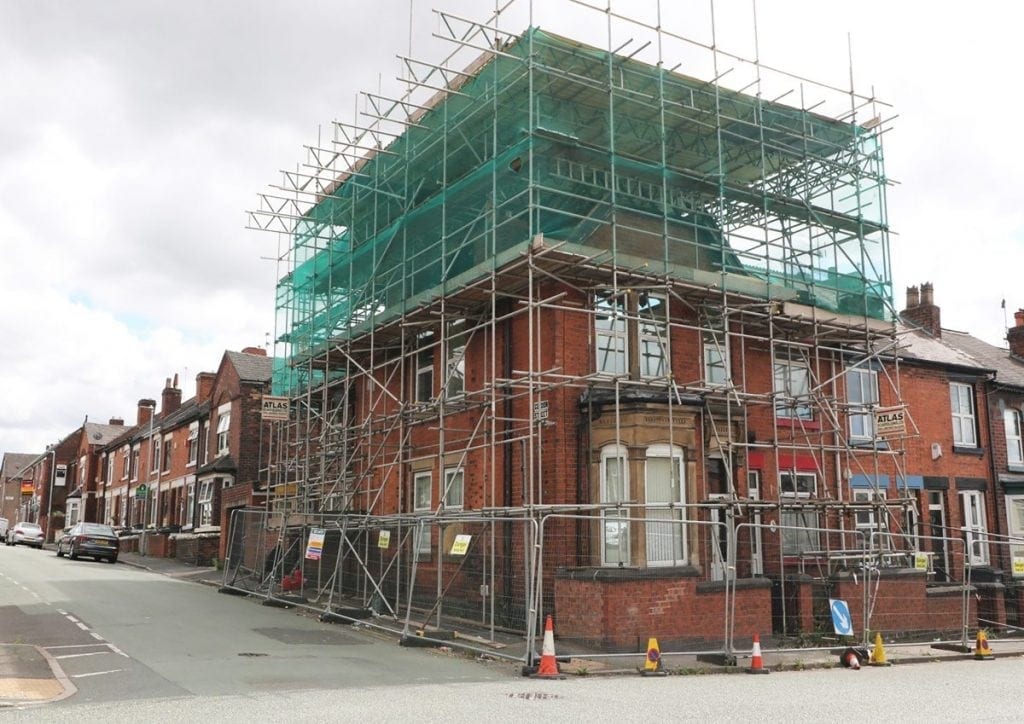 “It is located in Burslem which is not too far from the city centre. It could be turned into flats or a family home or be rented out.

“Unfortunately it’s suffered from fire and smoke damage, hence the attractive reserve of £5,000 because it needs extensive renovation.

“It’s a blank canvas. You are starting from scratch so you can do whatever you like. If you can restore it for a cheap enough price, then it is a good investment.”