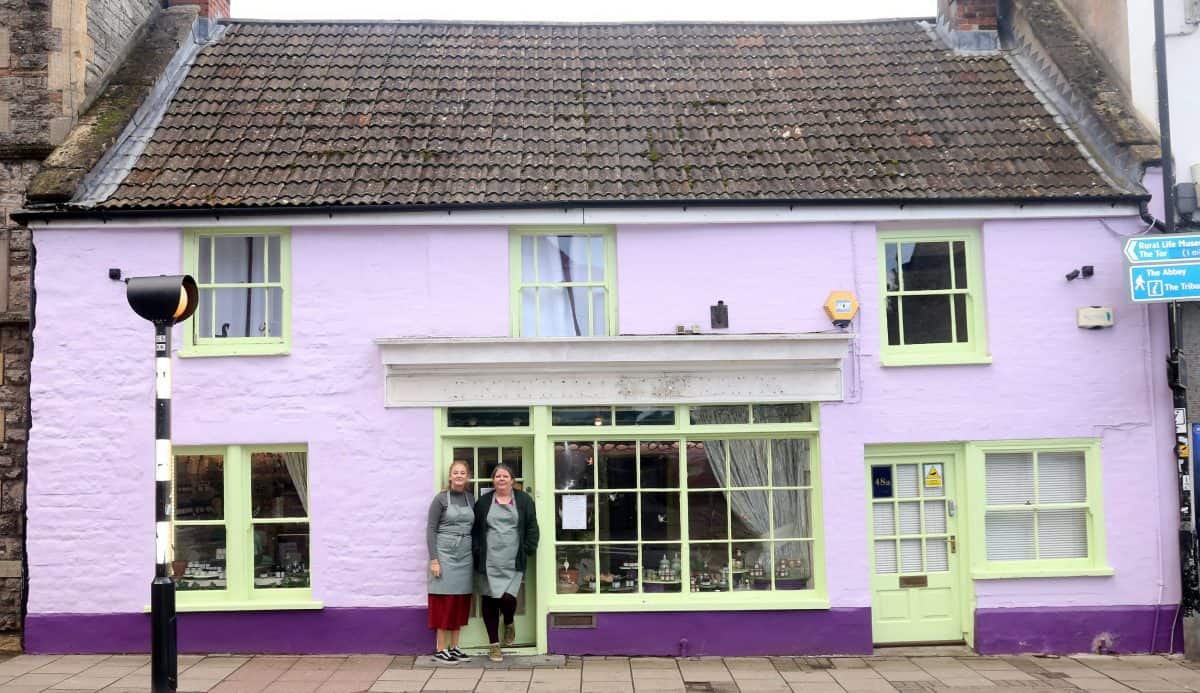 The owners of a purple and green shop on a town’s high street have been ordered to repaint it to more subdued colours.

The couple put a notice in the window of the essential oils and glassware store in Glastonbury, Somerset, asking the public to write appeals in their defence.

It led to an outpouring of support on social media from proud locals who say the tiny town is defined by its colourful and quirky nature.

Fairyland Aromatics painted the shop front in November ahead of its opening in February.

But Fiona and Geraint have yet to install a sign as they fear it could aggravate Mendip District Council.

The council says painting the stone-walled building, believed to be 17th Century, requires consent as it is Grade-II listed but the couple claim they stuck to the rules.

Fiona said: “After trying to contact the council several times, who said they would get back to us within 48 hours but never did, it made us think they weren’t bothered.

“We checked on the listed buildings register and it didn’t say anything about colour.

“We checked other Grade II listed buildings in the area – and some are very colourful, so we thought it was ok.”

In January, Fiona received an unexpected call from a council enforcement officer. She claims they are being “discriminated against” because Glastonbury is full of colourful buildings.

She said: “He told us to paint it black and cream.

“We’ve asked to be directed to any legislation to guide us on what kind of colours are acceptable but they’ve said no, there isn’t any.

“If you give in – what are you doing for the future of Glastonbury?

“I love Glastonbury, it’s a colourful place – it’s what makes it unique.”

Fiona and Geraint are now concerned the lack of sign could impact trade.

Fiona said: “I asked where I could find guidance on signage and they said there wasn’t any, but just to put something in my planning application just in case.

“Effectively that means I can’t put up a sign outside my shop for a month.

“I’m not going to sell because of it, but some probably would.

Locals on social media have supported the shop front.

David Hards wrote: “Most high streets around the UK are collapsing with loads of empty shops. There are not many, if any empty shops in Glastonbury.

“This is because Glastonbury is unique, colourful, and peace-loving shopping precinct.

“This shop and its owners fit into Glastonbury’s lifestyle like a hand in a glove. Shame on the council bureaucrats in their dull black and grey suits.”

Lizzie Harris wrote: “I love the colours in Glastonbury – it makes it unique [and] not another faceless, soulless town like everywhere else!

Emma Midgley-Revett wrote: “Looks great.. hope they get retrospective planning permission. I will be writing! Best wishes and good luck with the new shop!”

John Egan wrote: “As if High Streets around the country aren’t in enough financial trouble without jobsworths pitching in to block fresh initiatives which could enhance a town’s profile and attract visitors and trade.

“It’s worth remembering, as a comparison, that churches too used to be highly coloured and decorated, which the Victorians considered vulgar and garish, “restoring” them to black and white.

“Let’s have the town’s churches given a fresh coat of paint too.”

Inês Gomes said: “An e-mail is on the way! Glastonbury IS colourful. There is a reason why I fly from Portugal TO Glastonbury on any chance I get. Best of luck.

“Lots of love from across the sea!”