Detection dogs trained to root out UK’s most invasive plant - the Japanese knotweed. 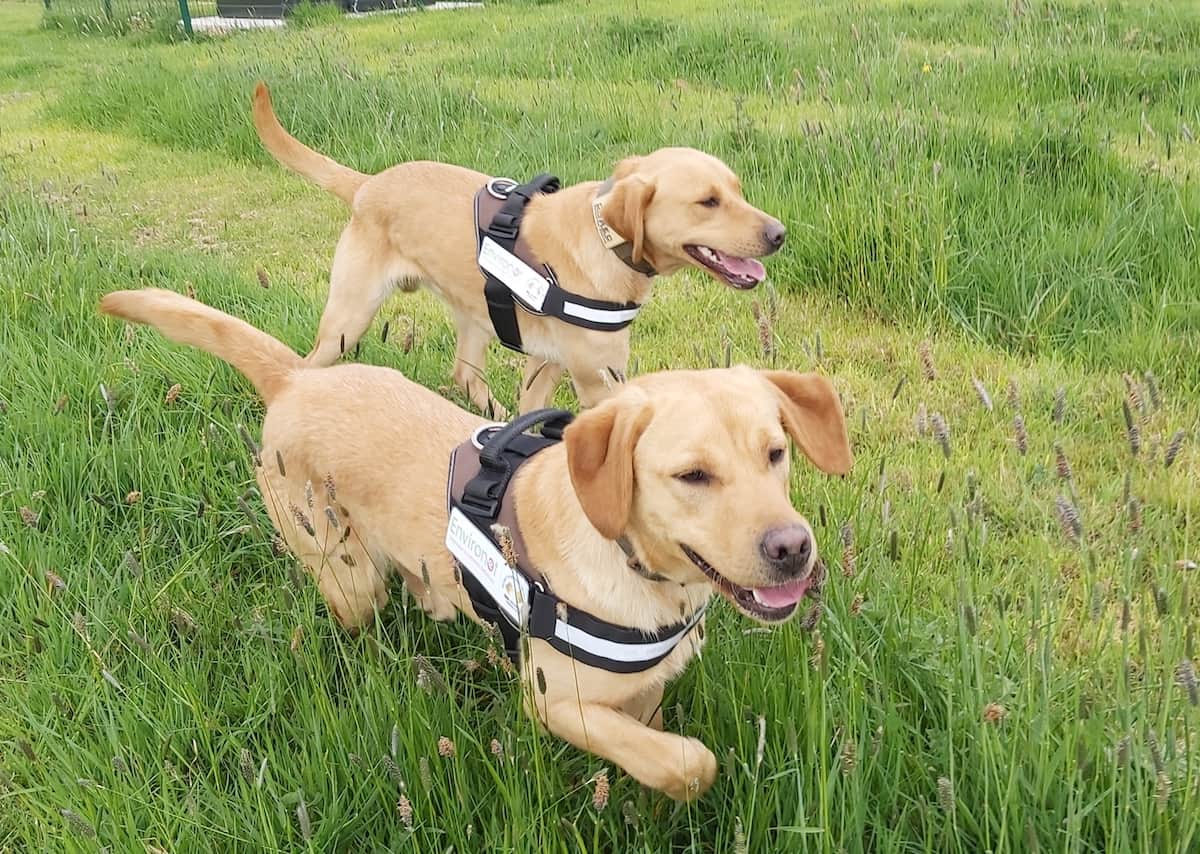 Homeowners in the UK concerned about the threat of Japanese knotweed can now call on a man’s best friend to find out if their property, or one they’re looking to buy is affected by Japanese knotweed.

The specially trained dogs – Mick and Mack – will detect Japanese knotweed rhizome, even in small quantities hidden beneath the ground, and they can cover a garden or development site in a matter of minutes.

The pair of one-year-old Fox Red Labrador Retrievers are now rooting out knotweed for homeowners, home buyers and landowners across the country – thanks to the 300 million or so receptors in their noses and a proportion of brain area dedicated to smell, which is 40 times larger than a human’s.

Trained by experts RFA Security, who provide security and detection dogs for various purposes including finding explosives, narcotics and bedbugs, Mick and Mack can carry out a Japanese knotweed survey much faster and more accurately than a human. Dog detection is the most precise method available to determine whether knotweed is present, and it can be done any time of year, including during winter when the plant is dormant beneath the ground.

Jason Collins, Operations Manager at RFA Security, said: “Highly trained detection dogs have a long history of working with the police and security services to find drugs and weapons, but increasingly they’re also taking on exciting new roles such as in the health and environmental sectors. Now, for the first time in the UK, dogs will be on the front line in the battle against Japanese knotweed, helping protect homeowners as well as our fragile native ecosystems.”

Japanese knotweed was introduced to the UK from Japan in the 1840s and now thrives in our parks and gardens, along waterways and railways. It can grow at the incredible rate of 10cm per day to reach up to 3 metres in height by late summer. Described by the Environment Agency as “indisputably the UK’s most aggressive, destructive and invasive plant”, knotweed can cause extensive damage to property, breaking through cracks in mortar, brickwork, joints in concrete, drains, sewers, driveways and even the cavity walls of our homes.

Sellers are required by law to declare if their property is affected by Japanese knotweed on the Law Society’s TA6 form, completed as a standard part of the conveyancing process. Unless they are absolutely certain that there is no knotweed (including below ground rhizome) on their property or within 3 metres of the boundary, the guidance recommends that sellers respond “Not known” in order to protect themselves from future legal action if knotweed is subsequently discovered. This places the onus on the buyer to carry out their own checks, which is where detection dogs can help by surveying the property for any trace of knotweed, including where it has been deliberately concealed.

Nic Seal, Founder and Managing Director of Environet said, “Japanese knotweed is a growing problem for homeowners in the UK and misrepresentation cases are on the rise, where sellers have answered dishonestly about whether their property is affected or deliberately concealed the plant. It’s not uncommon for knotweed to be cut back prior to a survey, and I’ve even seen cases where the seller has placed a membrane horizontally in the ground over a knotweed infestation and laid a lawn or pathway over the top.

“A dog detection survey is the only way to say with high certainty that a property or site is clear of knotweed, offering peace of mind to buyers that there will be no nasty surprises further down the line.”

Dog detection surveys are also useful to sellers of property in locations badly affected by knotweed, who may wish to reassure potential buyers from the outset that the plant is not present.