By Bea Patel, TLE Property Editor and Director of Shop for an Agent, the estate agent comparison website

Souring rental prices in the city has forced many couples and singles to flat share with strangers. This figure is set to rise over the next few years, as experts forecast millions more will rent in the city. With rental cost spiralling out of control, those who can’t afford to rent alone are resorting to flatsharing to stay in the capital.

New research conducted in June 2015 by Weroom, a social network for flatsharing revealed the cheapest, happiest, most expensive and the trendy locations for Londoners to flatshare in. Waltham Forest proved the cheapest London borough to live in, with an average flatshare price of £435.89 a month. On the negative, it had a low ranking on the happiness scale in 21st place out of 32 London districts. Bromley was the happiest borough with a rating of 7.5 out of 10 on the happiness scale, but the report showed it ranked the third most expensive. Flatsharers are paying an average of £961.77 a month.

Haringey showed a balance of affordability and happiness. At £518.74 a month, it’s the second cheapest borough for flatshare and came in at 6.74 out of 10 on the happiness scale. The report showed that, out of the respondents’ resident in Haringey:

With 400 new sign ups to the site every day and a user base of 200,000, Thomas Villeneuve, ceo of Weroom, says: “London house prices have rocketed so far out of control that anyone on a standard wage below the age of 30 can no longer even dream about buying a property in the city. This is why the number of renters in London is projected to increase by the millions over the next few years, meaning that flatsharing can no longer be viewed as a temporary solution – but more a permanent one.

“Given this reality, our flatshare index has been devised to help identify the best locations in London for young city workers struggling to make ends meet in this hugely expensive city. Choosing where to live is a huge strain on young people, particularly ones just moving to London. Our index reveals where the most affordable places to flatshare are, what the best locations are for those most concerned with transport, entertainment and safety, as well as how content current residents are in those areas. In terms of identifying where the best places are to live in London, flatsharers should look no further than our report to find the best match for them.”

The survey also identified the best boroughs for things people consider when looking at an area to live in:

The survey also showed where the London stereotypes roam: 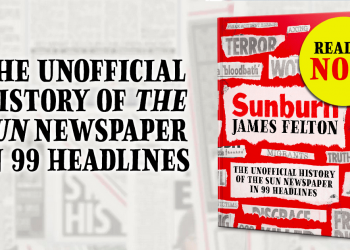