By Nathan Lee, TLE Correspondent  The London Docklands have experienced a tremendous amount of change over its history, much of which has been broadly representative of how the city has evolved as a whole. The docks were a response to an increased demand for secure shipping space that would be protected from the elements, with […] 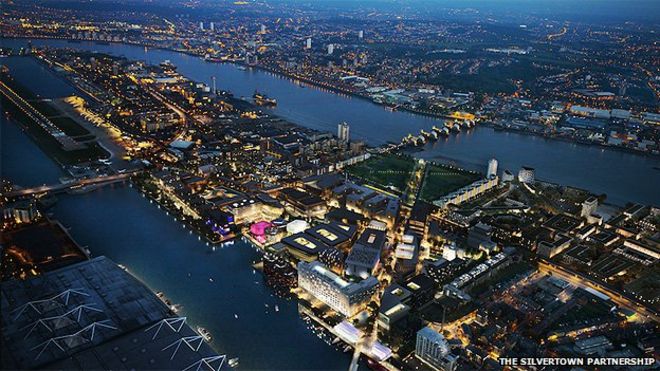 The London Docklands have experienced a tremendous amount of change over its history, much of which has been broadly representative of how the city has evolved as a whole.

The docks were a response to an increased demand for secure shipping space that would be protected from the elements, with the first dock build towards the end of the 17th century providing a large, secure and sheltered anchorage with room for 120 large vessels.The Howland Great Dock in Rotherhithe was followed by a flurry of developments from the opening of the West India Dock in 1802 through to the late addition of King George V Dock in 1921. The docks were significantly damaged by German bombers during the Second World War, but enjoyed a period of resurgence in the 1950s as part of the post-war rebuilding effort. But between 1960 and 1970 the container system rendered them redundant, with London docks unable to accommodate the larger vessels needed by ‘containerization’. By 1980 all of the docks were closed, leaving a huge patch of land to the east of the capital bare and in dire need of re-development. That came in ’91 when the first of the Canary Wharf developments were completed. The new-builds included One Canada Square which became a symbol of the regenerated Docklands. Today it is one of  the UK’s two main financial centres houses European headquarters of numerous major banks, professional services firms and media organisations including Barclays, Citigroup,  HSBC, J.P. Morgan, KPMG and Thomson Reuters. The idea for a ‘city’ airport was floated in the early 80s when Brymon Captain Harry Gee landed a de Havilland Canada Dash 7 aircraft on Heron Quays to demonstrate the feasibility of a Docklands Airport. Construction began in 1986 and the first aircraft landed on the site in May 1987, with the first commercial services operating from 26 October 1987. In 2014 the airport served 3.6 million passengers, making it the 15th busiest airport in the UK. These successful modernisations of the Docklands have led to numerous new projects being pitched as the city expands to the East. This time, quite literally. A new development has been approved for an Asian Business Port on the Royal Albert Dock. The plan is to give Asian companies a foothold in London in order to reach new markets across Europe. And finally, new plans for a £3.5 billion development on the Royal Docks is set to go ahead after Newham Council gave planning permission to The Silvertown Partnership (TSP) this week. The development is set to provide  offices, leisure and retail facilities and 3,000 homes including affordable housing, with hopes to attract about 13 million visitors a year from across the country and abroad.