By Bea Patel, TLE Property Editor and Director of Shop for an Agent The recent reunion of TV show Friends, and the return of its diverse mix of characters shows the range of different professions and personalities that can live together in a modern day flatshare. New research from flatshare marketplace Weroom shines a spotlight […] 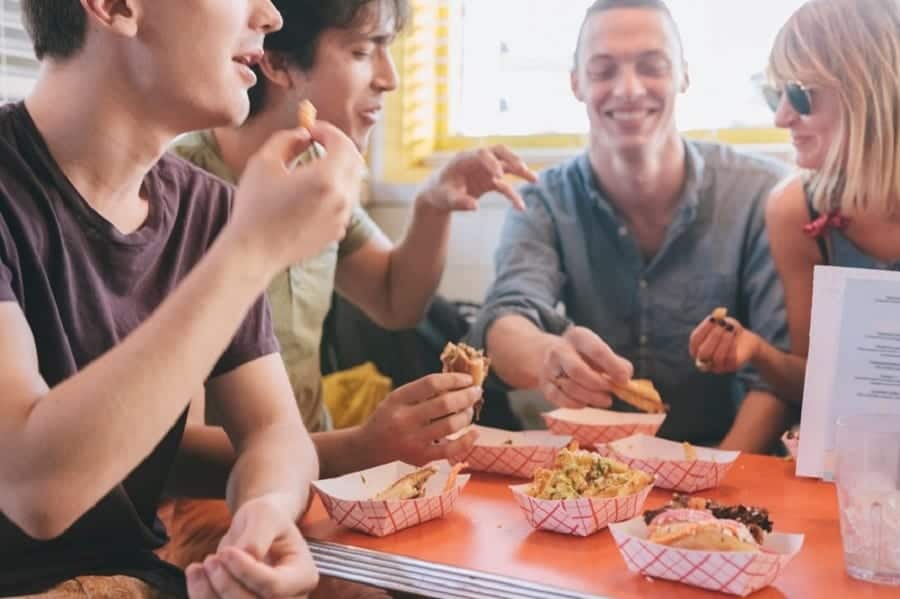 The recent reunion of TV show Friends, and the return of its diverse mix of characters shows the range of different professions and personalities that can live together in a modern day flatshare.

New research from flatshare marketplace Weroom shines a spotlight on what makes the perfect flatshare. It reveals that 46 per cent of Londoners would like to live with people who work in different professional fields to them.

Why? Because Londoners believe a successful home environment makes the most of all its members’ skills, with 15 per cent preferring to live with a mix of professions so they can divide household responsibilities. If they had a choice, 45 per cent would like to live with someone ‘hands on’ who could do the DIY work around the house, while 26 per cent want to live with a legal professional to help manage rental contracts and dealings with landlords. A further 25 per cent value culinary ability and would prize living with a chef.

Of the huge array of professions, the research showed a favouritism to the medical profession – 20 per cent of Londoners would consider doctors, nurses and those in the medical profession to be the most appealing potential flatmates. Plumbers, teachers and lawyers are also popular choices. The research also found that 45 per cent of Londoners thought the ideal housemates would be those with skills and knowledge that can be shared.

The table below shows the top ten appealing professions for flatmates:

The diversity of characters in the Friends series – from Joey Tribbiani’s out-of-work actor and Monica Geller’s successful chef career, to aspiring musician Phoebe Buffay also highlights the vast personality differences that can exist between households.

Aline Bludau, aged 24 from London has been flatsharing for five years. She lives with a theatre worker, cleaner, marketer and actress. Living with a range of professionals, when asked about her flatshare experiences, she said: “I live with people that work in a variety of different professions but I have actually never chosen to live, or not live, with someone because of their job. When it comes down to it, someone’s profession is only really important if it negatively affects others – any arguments I may have had with a housemate have been due to personality and behaviours, not profession.”

From those surveyed, 50 per cent admitted to arguing with housemates on a weekly basis – but not because of profession. It showed that personal habits such as playing loud music late at night, being messy and not replacing communal items caused them frustration, not people’s jobs. Weroom’s research showed personality and characteristics, not professions are more important factors to ensure a happy home.

It shows that 61 per cent of Londoners argue about household cleaning and hygiene issues, 12 per cent bicker about housemates taking too long in the bathroom, 10 per cent hogging the TV, and 32 per cent of arguments caused by dirty dishes being left unwashed.

The table below shows the top ten most irritating behaviours:

Thomas Villeneuve, ceo of Weroom, commented: ‘‘At Weroom we know a thing or two about matching housemates together, so we were really interested to see that Londoners believe the perfect flatshare would consist of a doctor, plumber, IT technician and teacher. A flatshare like this could achieve great things on paper, but when it comes down to it, it would be the personal behaviours and traits of each person that would really make the home truly harmonious. I’m sure that if one member of the household had antisocial habits, their profession would not be relevant.

“As the cost of housing in the UK continues to spiral, we know that more and more people are turning to renting – and particularly house and flat sharing – as a long term housing solution. Weroom prides itself on meeting this demand for rental housing and in matching like-minded individuals together to create happy homes.”