Donald Trump will have to self-isolate as the campaign enters the home straight. It could be the final nail in his re-election hopes. 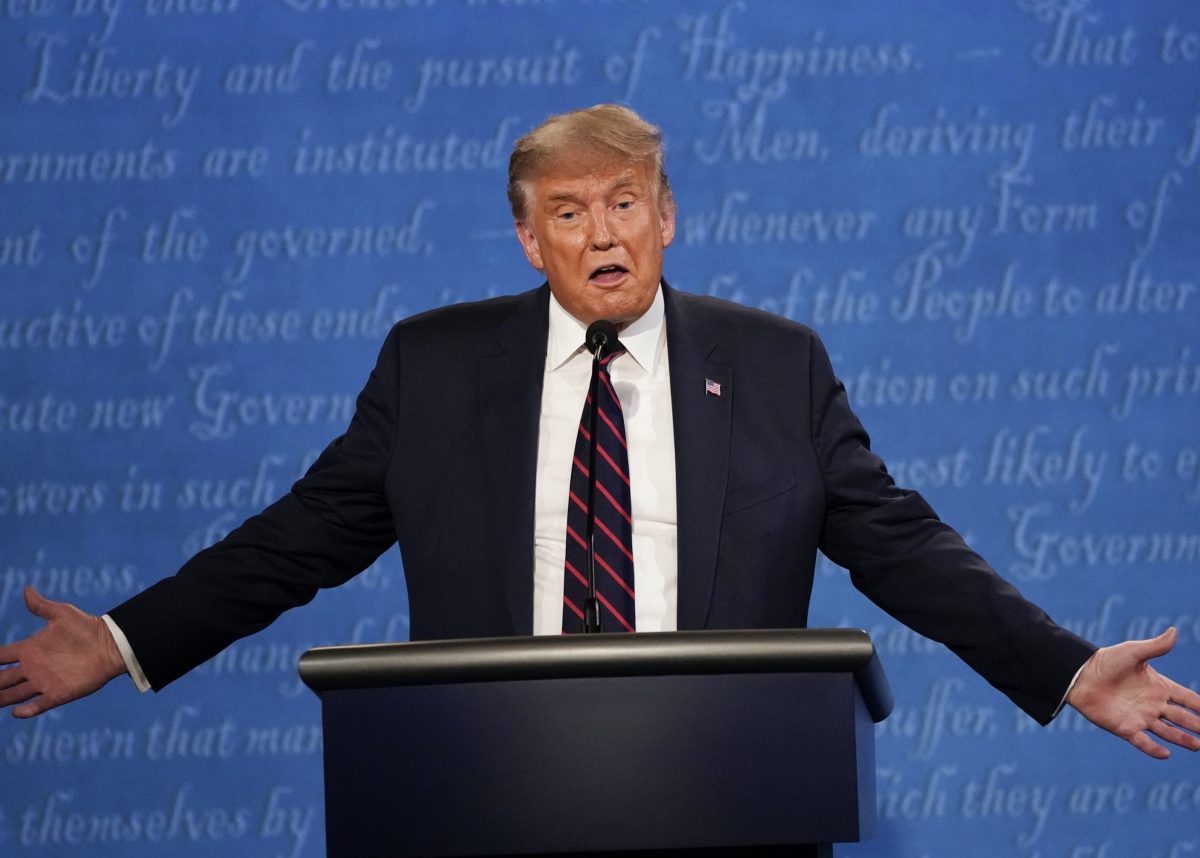 In a twist that Hollywood’s most fantastical scriptwriters might deem a little far-fetched, President Donald Trump and his wife Melania have tested positive for Covid-19 – just 33 days before the US election.

It is at once shocking, and not surprising in the slightest. Trump has consistently downplayed the threat posed by the pandemic, even as deaths from the virus in the US ticked past 200,000.

He has been reluctant to wear a face mask and mocked those – like Democratic challenger Joe Biden – who do. He has continued to hold rallies with thousands of attendees, often in defiance of public health guidelines.

He has touted spurious treatments and miracle cures and, just yesterday, vowed that “the end” of coronavirus was “in sight”. His wilful ignorance of the deadly danger of Covid-19 has cost hundreds of thousands of American lives and millions of jobs.

No cause for celebration

This is not to say that his infection is a cause for glee, or some kind of karmic masterstroke. A little over a month before what was already the most hotly-anticipated, controversial and potentially calamitous election in living memory, Trump’s illness will make nothing easier, smoother or better.

It is incredibly difficult to predict what impact the president’s diagnosis might have on the race. At the moment it is unclear whether he and the First Lady are displaying any symptoms. People at the White House told the New York Times that “his voice sounded raspy” yesterday, but that could just be a result of life on the campaign trail.

British commentators were quick to draw parallels with Boris Johnson’s hospitalisation in April, with some claiming that Trump could enjoy a patriotic “rally round the flag” effect, which supposedly gave the Conservatives a bounce in the polls.

This is not strictly true. While many Brits will admit to being surprised at just how acutely they were affected by the severity of the prime minister’s illness, it was quickly forgotten. Despite an outpouring of sympathy and well-wishes on the front pages, it gave Johnson no discernible bump in the polls and now – a litany of failures later – the party is more or less neck-and-neck with Labour.

Rally round the flag?

The US is a different entity entirely. It is worth remembering that, this time four years ago, Hillary Clinton had her own health scare. After relentless haranguing from the Trump campaign, Clinton collapsed at a 9/11 memorial event in New York, and admitted to suffering from pneumonia.

The message the Trump campaign had been hammering – that Clinton was too weak to lead – cut through, rightly or wrongly, to a fundamental question of leadership. If the would-be president is unable to keep themselves healthy, how are they supposed to keep the American people safe?

As Miles Taylor, a former chief of staff at the Department of Homeland Security and a firm Trump critic, pointed out on Twitter the president’s diagnosis was “a serious national security concern – and an alarming upshot of the White House’s lax approach to this deadly pandemic.”

But Clinton’s illness was both less serious than Covid-19, and did not occur just a month before the election. Trump is 74, putting him in the age category most vulnerable to the virus. He reportedly has high cholesterol, and is considered obese for his height – both factors that would put someone without access to the best medical care imaginable at increased risk.

Even if he remains asymptomatic, Trump will have to withdraw from the campaign trail and stay isolated within the confines of the White House. From a political standpoint, it is the last thing he needs.

Close to 60 per cent of Americans disapprove of Trump’s handling of coronavirus – that he has been struck down by the virus he so often sought to dismiss will do little to help in that regard.

Polls conducted after the first presidential debate earlier this week gave Biden a solid leave in key battleground states. Nationally, the former vice-president holds a comfortable lead. Global markets – so often touted by Trump as indicating the strength of the US economy – plummeted on Friday morning, after the president tweeted his test result.

Trump’s diagnosis also serves to blunt one of his central attacks against Biden, that the 77-year-old former vice president is too frail and unfit to lead the country. Any Republican attempt to leverage that criticism of Biden has now been completely undermined by the president’s own ill health.

What’s more one of the reasons the president wanted to reopen the economy so quickly at the peak of the pandemic was to hold the fervent, packed, in-person rallies that propelled him to victory four years ago.

Regardless of his track record in power, Trump remains a formidable campaigner. His advisers had apparently been hoping to close the gap with a packed schedule of rallies in swing states. How will he compensate if he is robbed of his most effective platform?

What happens next? Will the remaining debates – viewed by many as Trump’s last chance to reset the tone of the race – go ahead? How will the Biden campaign react?

It’s not likely to be a welcome development. Aside from the fact that the 77-year-old candidate spent nearly two hours on-stage, indoors, next to a shouting – possibly infected – Donald Trump, Biden was cruising. They didn’t need this sort of disruption to upend a campaign that was, in relative terms, under control with the finishing line in sight.

If the president becomes sick, will there be questions about whether Trump should remain on the ballot at all? He has already floated the idea that, should he lose the election, it will be “rigged”. If he is unable to participate in the campaign’s home-stretch, does that provide another excuse for his supporters to scribble an asterisk in the margins?

For now, there are only unanswerable questions. Just one thing is clear. With a maniacal incumbent, an uninspiring challenger and an unprecedented amount of turmoil and disruption, the 2020 election was already a raging dumpster fire – and Trump’s infection has poured petrol on it.