Brexit hinges on the question of the Irish backstop, but what is it and how can the obstacle be overcome? 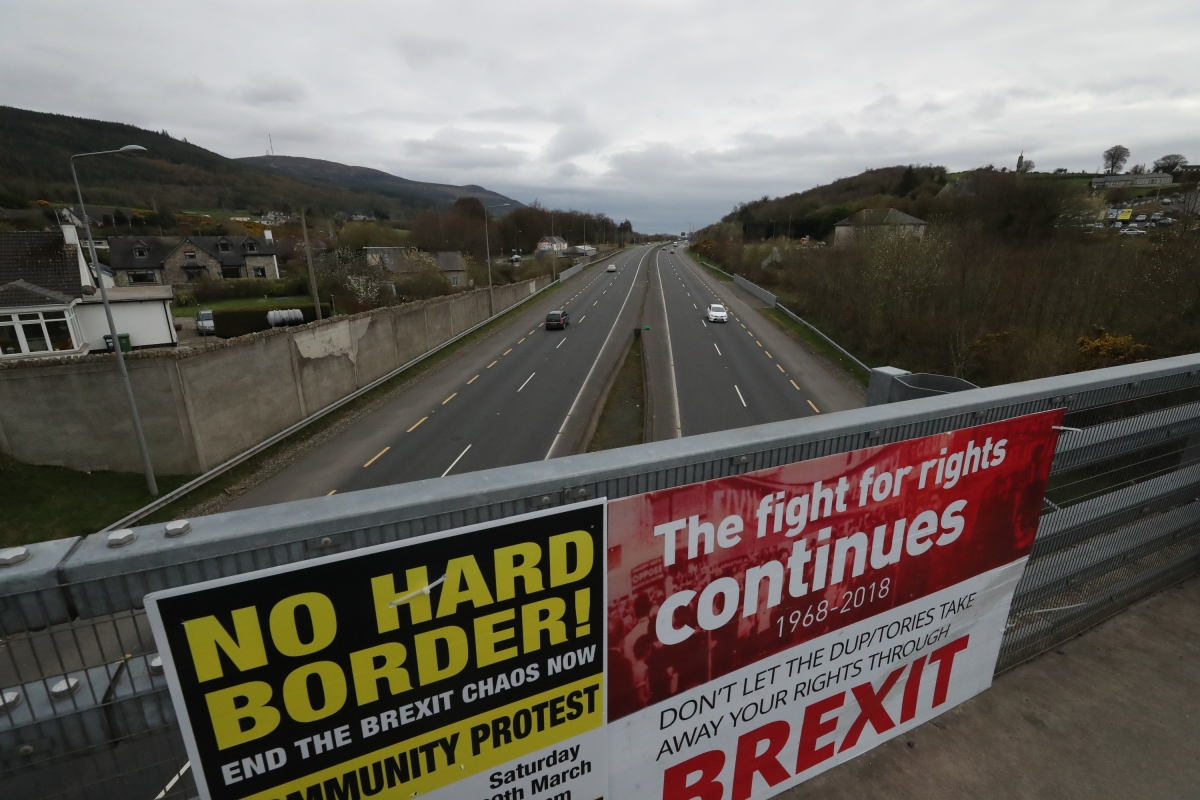 As a business group established by the Government to examine alternatives to the Brexit backstop meets for the first time, here are some of the reasons why the contentious mechanism has proved such an obstacle.

Q: What is the backstop?

In simple terms, it is an insurance policy written into the Withdrawal Treaty that will ensure, come what may in future trade talks, the Irish border remains free-flowing post-Brexit.

Activated if a wider trade deal fails to materialise before the end of the Brexit implementation period (currently Dec 2020, but it could be extended), the backstop would see the UK as a whole enter into a supposedly temporary customs union with the EU – to avoid the need for customs checks on the 310-mile frontier.

Crucially, it would also see Northern Ireland adhere to EU single market rules on goods – again to rule out the necessity for border regulatory checks.

Q: Why is it needed?

For the EU, and the Irish Republic in particular, the backstop was a fundamental requirement of any exit deal struck with the UK.

While the shape of the future relationship was to be hammered out in phase two of the negotiations, Brussels and Dublin demanded the mechanism in phase one, to guarantee the border would always remain open, regardless of what the future held.

Their case was two-fold – economic and political.

They argued any customs or regulatory border would have a devastating impact on the economy of the island.

Brussels was also determined to protect the integrity of its single market, amid fears an open land border with the UK could see goods which do not meet Brussels’ regulations into the 27 member states.

But the Irish border is much more than a trade crossing. It is a highly sensitive political construct; a physical manifestation of the constitutional dispute between nationalism and unionism.

Heavily fortified during the Troubles, the border has become almost invisible since the peace process – with people and goods moving freely between north and south.

Despite differences on many things, there is almost universal political consensus across the island that any return to checkpoints on the border would be a backward step.

Police chiefs north and south have warned the erection of physical infrastructure could prompt an upsurge in dissident republican violence.

Q: Why are many Brexiteers opposed to the backstop?

They fear the backstop could lock the UK into a permanent customs union with the EU – thus preventing it from striking lucrative new trade deals and fulfilling the promises of the 2016 referendum.

They insist the mechanism gives the UK no way of exiting the backstop, without the approval of the EU. In regard to the different arrangements in Northern Ireland, Brexiteers fear the backstop will undermine the constitutional integrity of the UK by erecting economic borders down the Irish Sea.

The DUP – the Conservatives’ confidence and supply partners at Westminster – are vehemently opposed to backstop.

The party contends that binding Northern Ireland to single market rules would create a regulatory border between the region and the rest of the UK.

It believes this would not only be bad economically – insisting GB is NI’s biggest market – but also bad for the union.

For the DUP, the union comes above everything. Yes it supports Brexit, but that is not its raison d’etre. The union of Great Britain and Northern Ireland is.

The party, and some Tory opponents of the backstop, could potentially stomach the mechanism if it was time-limited, or if the UK could pull the plug when it wanted.

But the Withdrawal Agreement contains neither provision, with the measure theoretically remaining in place “unless and until” alternative arrangements are found.

Q: What did Theresa May do to try to convince the doubters?

After her deal’s first thumping defeat in the Commons, Mrs May went back to the EU to try to gain concessions on the backstop.

She secured a number of legal add-ons to the agreement – documents the Government insisted provided assurances around the temporary nature of the measure and over potential routes to exit it.

Mrs May has also sought to provide reassurances in the form of domestic law, pledging a beefed-up role for Stormont on backstop matters. She promised the rest of the UK would not diverge from the EU regulations Northern Ireland would have to abide by.

Q: Why did that not change minds?

Brexiteers said Mrs May’s assurances fell way short of what they required – namely treaty level changes that would ensure the backstop, if it did remain in the agreement, could only ever be temporary.

In that respect, the advice of Attorney General Geoffrey Cox was significant.

He said while the added assurances from the EU had “reduced the risk” of the UK being held in the backstop indefinitely, the risk still remained.

The DUP was also not swayed by pledges on new domestic laws to keep Northern Ireland aligned with Britain.

Such laws could be scrapped by a different government in future and, moreover, domestic legislation will always be trumped by the terms of the Withdrawal Agreement as it holds a greater legal status as an international treaty.

Q: So does the DUP represent the majority view in Northern Ireland?

On the wider Brexit debate, Northern Ireland voted 56% Remain in the 2016 referendum.

A majority of the members elected to the currently defunct Assembly in 2017 are from pro-Remain parties.

The main business and agriculture groups in Northern Ireland are also in support of the deal – a stance that has on occasion brought them into open conflict with the DUP.

The decision of the influential Ulster Farmers’ Union (UFU) to publicly back the deal has proved particularly awkward for the DUP, given its support base is traditionally drawn from rural hinterlands.

Yes, the DUP does hold a majority of Northern Ireland’s Westminster seats (10 of 18). Notwithstanding that, the region’s complex political history means the pro-agreement viewpoint has not been articulated as loudly as it might otherwise have been in the Commons.

Sinn Fein’s long-standing abstentionist policy means its seven MPs do not take their seats, leaving only independent North Down MP Lady Sylvia Hermon as the sole voice in favour of the deal containing the backstop.

Q: Are there alternatives to the backstop?

The business group will be tasked with examining other means of monitoring goods and implementing regulations without the need for physical infrastructure or checkpoints.

These will include trusted trader schemes and advanced use of data and IT systems.

However, there is widespread scepticism as to whether a technology solution exists that could effectively keep the 208 road crossings flowing freely, particularly when it comes to the movement of animals and food products.