Food and medicine suppliers are already stretched. A no-deal Brexit could tip them over the edge. 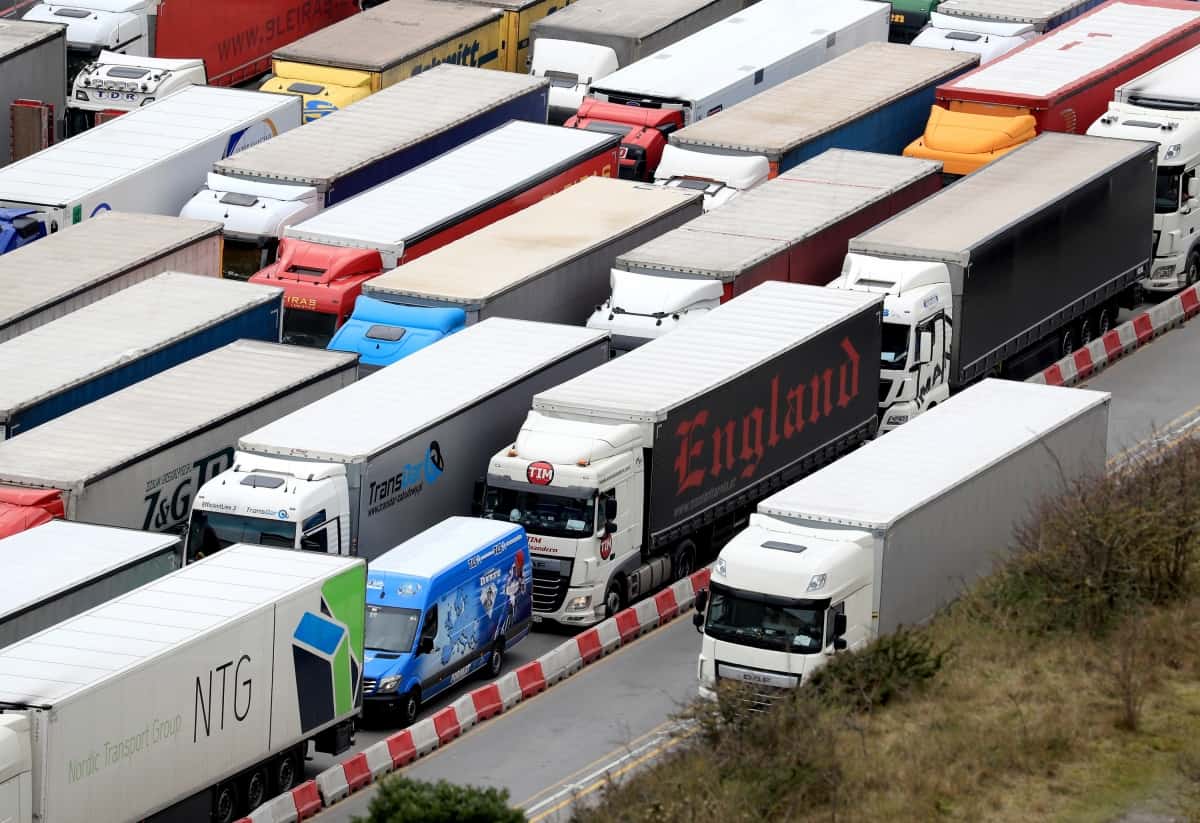 Britain has left the European Union. But, as part of the transition period, there is continuity until 31 December. If no future relationship is agreed, Britain becomes a “third country” with little access. Any extension application must be sent by 30 June. But there is no sign of that happening.

This would be bad enough in normal circumstances, with the government anticipating potential food and medicine shortages. But with services and suppliers dealing with COVID, medical and other experts are warning about their capacities to respond. So, how will this affect us?

Responders: “The last thing we need is no-deal”

The C19 National Foresight group is a cross-government organisation working with partners to support Local Resilience Forums (LRFs) in response to COVID-19. A leaked report criticises the government’s “paucity of information and intelligence,” which left LRFs, such as councils, police, and medical professionals, “isolated from national decision-making and unable to effectively plan and strategise response[s].”

The report refers to COVID as “an unprecedented national emergency.” It adds that the “responder community is exhausted – floods, Novichok, terrorism, Brexit preparations, etc. The last thing we need is a no-deal Brexit.” Even if LRFs recover adequately from COVID, they “do not have the space to start scaling-up a Brexit response too … A concurrent emergency of any nature would overwhelm resources.”

Yellowhammer predicts that “[c]ertain types of fresh food supply will decrease,” as will key ingredients, chemicals, and packaging. “Low income groups will be disproportionately affected by any price rises in food and fuel.” The Co-Op, John Lewis, and the Wine and Spirit Trade Association warned in September 2019 of fruit and vegetable shortages and rising retail prices.

Yellowhammer did not anticipate COVID.

By 2019, up to 3 million Britons were food insecure due to poverty, austerity, and lack of social care. With COVID-induced job losses and cash-flow problems, that figure now stands at 8.1 million. Extra demand has been placed on British farmers to produce for a nation under lockdown. Martin Lines, Chair of the Nature Friendly Farming Network, says: “We have heard very little from the government on how they will be supporting farmers.”

Manufactures have not seen a shock to supplies or stocks, but COVID panic-buying has forced distributors and retailers to implement “special measures.” With a second, deadlier COVID wave expected to hit this winter, just as Britain crashes out of the EU, Brexit-induced panic-buying could add to the strain. Farmers also anticipate a “grim harvest” in 2020 due to the third shock: climate change.

Half of English adults take prescription drugs, most of which are generics, meaning that British firms can manufacture them after Brexit. But many drugs are specialist. Every month, Britain imports 37 million packets of medicine from the EU. The UK is so dependent on EU providers that by 2018, seven in 10 imported medicines came from member states.

The government is keeping secret the list of at-risk medicines. At the time of writing, the independent tracker, E-Surgery, has not updated its webpage since December, before COVID changed the medical landscape.

By 2019, there were 178 official medicine shortages. General guidelines recommend disposing drugs after six months, meaning that many “buffer stocks” have had to be replaced. In November, a leaked government report revealed shortages of 17 drugs for cancer, epilepsy, heart conditions, mental health, and Parkinson’s. In January this year, more than 75 percent of pharmacies were unable to supply at least one drug on any given day. An alarming 95 percent said that it was harder to secure medicines compared to the previous year.

In March this year, the government published a list of 197 medicines that “cannot be exported from the UK or hoarded.” This is good for helping with COVID-induced shortages, but the prohibition on hoarding won’t help Brexit-related shortages. By April, diamorphine remained in short supply. Meanwhile, the Royal College of Anaesthetists reported shortages of the anaesthetic Propofol and the surgical painkiller, Alfentanil.

The National Audit Office expects a 40 per cent reduction in capacity at Channel crossings. By September 2019, the Department of Health had asked the Department for Transport to secure 2,000+ vehicle spaces per week for extra freight capacity, but just a quarter of non-Channel medicine supply lines had been secured and a third of suppliers had no intention of securing alternative routes. Queues and delays are expected to affect time-sensitive and temperature-controlled medicines.

In late-March, the Freight and Transport Association lobbied the government to extend the Brexit transition period. Policy Director, Elizabeth de Jong, says: “there is simply not enough capacity available to plan the major structural changes needed to implement a successful [Brexit], … as well as dealing with unprecedented pressures caused by COVID-19.” In late-April, the NHS Confederation reported that due to Brexit, “[i]n the short term, there could be delays in importing medicines due to new border arrangements, requiring stockpiling and good supply chain management.”

The government anticipates  “express freights” of “small medical supply consignments” into the UK, which many believe will be flown in by the Ministry of Defence. But consider the government’s handling of COVID-19: 17.5m test-kits don’t work, PPE remains stuck in warehouses, and several tonnes of PPE was flown into the UK only to be rejected by border officials over safety concerns.

Some will be fine

Operation Kingfisher, a leaked government report into the financial costs of a no-deal Brexit, reckons that 33 towns and cities will be hit hardest by further deindustrialisation, factory closures, and underinvestment. Towns and their affected producers include Coventry (Jaguar Land Rover), Oxford (BMW Mini), Sunderland (Nissan), and Swindon (Honda).

Like Brexit, the poor are suffering most from the pandemic. Office for National Statistics data suggest that COVID-related deaths in poor areas are more than double those in rich areas. The death rate of city-dwellers is six times higher than countryside residents. Dr. Tom Wingfield at the Liverpool School of Tropical Medicine comments: “The health-poverty trap is exhibited in diseases such as diabetes, ischaemic heart disease, and chronic lung disease, and also in infections including tuberculosis and pneumonia.” As noted, many of the drugs to fight those ailments could be delayed or unobtainable due to a no-deal Brexit.

The key Brexiteers are wealthy and operate in financial services, particularly hedge funds and asset management (e.g., Arron Banks, Crispin Odey, Jacob Rees-Mogg, Stuart Wheeler). The think-tank, Bruegel Group, says of EU firms operating in Britain: “Extensions have already been prearranged in some areas of financial services, where operational continuity was a priority.” So, food and medicine for the population is not a priority, but protection for financial services is crucial. For example, the Financial Services Contracts Regime “applies for a maximum of 15 years for insurance contracts and five years for all other contracts.”

Fifteen years for insurers, a year’s transition for the rest of us. That just about says it all. Perhaps the toil of frontline staff, including food bank volunteers, will take the edges off this likely twin catastrophe of COVID and no-deal?