The European Commission has called for urgent talks with Britain as the Government set out its plans to override key elements of the Brexit deal signed by Boris Johnson. 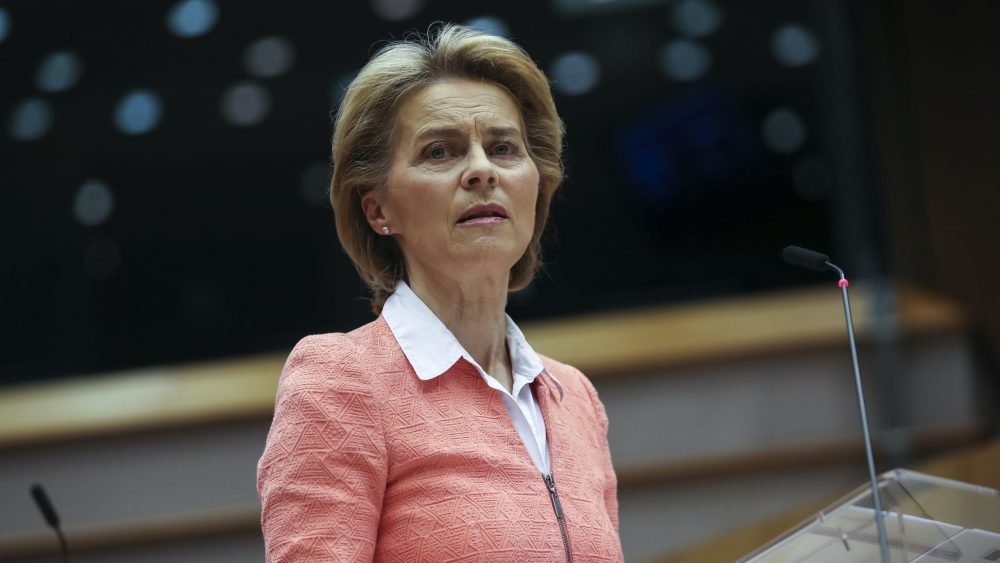 European Commission president Ursula von der Leyen has said she us “very concerned” following the tabling in Parliament of the UK Internal Market Bill, which ministers have admitted will breach international law.

As talks continued in London on a post-Brexit free trade agreement, she warned such actions would “undermine trust” and called on the Prime Minister to honour his past commitments.

Ministers have argued legislation is necessary to protect the Northern Ireland peace process if the two sides are unable to agree a free trade deal before the current Brexit transition period runs out at the end of the year.

just as Barnier arrives in London for next part of the trade talks…. all going well

However, commission vice president Maros Sefcovic said he was seeking an urgent meeting of the joint EU-UK committee on the Brexit Withdrawal Agreement to enable the British to “elaborate” on their plans.

Speaking at a news conference in Brussels, Mr Sefcovic said he had raised his concerns in a phone call on Tuesday with Cabinet Office minister Michael Gove – his co-chair on the committee.

“I expressed our strong concerns and sought assurances that the UK will fully and timely comply with the Withdrawal Agreement, including the protocol on Ireland/Northern Ireland,” he said.

In the Commons, Mr Johnson defended the legislation, saying it provided a “legal safety net” to protect against “extreme or irrational interpretations” of the Northern Ireland provisions of the agreement which could lead to the creation of “a border down the Irish Sea”.

However, Mrs von der Leyen tweeted: “Very concerned about announcements from the British government on its intentions to breach the Withdrawal Agreement. This would break international law and undermines trust.

“Pacta sunt servanda (agreements must be kept) = the foundation of prosperous future relations.”

A UK Government spokesman said it welcomed Mr Sefcovic’s request for an additional meeting of the joint committee and would be looking to agree a date with his team.

“We’ve been engaging constructively with the EU through the joint committee process, and hope that this meeting will help intensify discussions so that we can reach a negotiated outcome,” the spokesman said.

I fear that while there are some necessary provisions in the bill there will be many on the Conservative benches that, like myself, will be unable to support it without radical revision that allows it to comply with the International agreement that we have signed up to. 2/6

In a Commons written statement, he said that from January 1 the UK would follow World Trade Organisation rules and Parliament alone would have the power to regulate subsidies for business.

The Bill, tabled in the Commons, states that “special regard” must be given to Northern Ireland’s place in the UK internal market and that there should be no new checks on goods moving from Northern Ireland to Great Britain.

It gives ministers the power to modify or “disapply” rules that come into force from the start of next year if the UK and the EU are unable to come to alternative arrangements through a trade deal.

Similar powers would apply over the issue of state aid, effectively giving the UK the ability to override obligations within the Withdrawal Agreement agreed prior to Brexit.

At Prime Minister’s Questions, Mr Johnson said his priority was to preserve the Good Friday Agreement and the Northern Ireland peace process.

There was however deep unease among many senior Tory MPs that the UK was abandoning its long held support of the principles of international law.

“Put simply, I will not vote to break the law”

Sir Roger Gale said ministers appeared to be taking powers to “make up the rules and the law almost at whim”, and warned that many Conservatives would be unable to support it.

“Put simply, I will not vote to break the law,” he tweeted.

Tobias Ellwood, chairman of the Commons Defence Committee, said that if the Government went through with the changes to the Withdrawal Agreement – which secured the UK’s departure from the EU in January – it would “lose the moral high ground”.

He told the BBC’s Radio 4 Today programme: “To unilaterally ignore any treaty in its obligations which we’ve signed and submitted to the United Nations would actually go against everything we believe in.”

“How can we look at countries such as China in the eye and complain about them breaching international obligations over Hong Kong, or indeed Russia over ballistic missiles, or indeed Iran over the nuclear deal if we go down this road?”