The press conference was described as "the most dangerous 1hr 45 minutes of television in American history. And possibly the craziest." 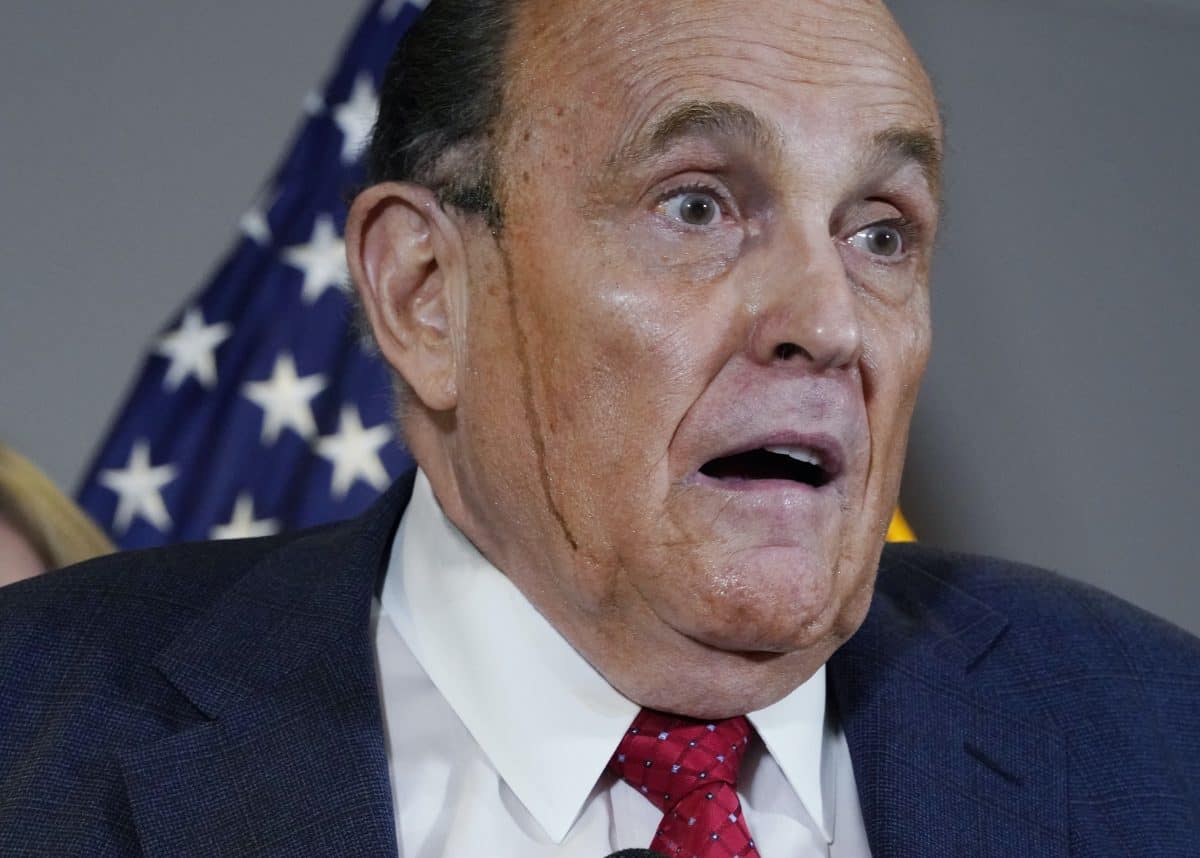 Reactions to Rudy Giuliani’s oozing face dominated what was otherwise an erratic speech by one of Donald Trump’s most loyal allies last night.

Mr Giuliani cited a few sworn affidavits that he said showed a vast Democratic conspiracy, but added that he could not reveal much of the evidence.

Chris Krebs, the Trump administration election official sacked last week over the comments about the security of 2020, tweeted shortly after that the press conference was “the most dangerous 1hr 45 minutes of television in American history. And possibly the craziest.”

But it was MR Giuliani’s melting face that most people couldn’t get over. Here’s some of the best reaction:

OMG! What is that?
OMG! What. Is. That?#RudyIsMelting #RudyGiuliani pic.twitter.com/srikyIwPN2

Rudy melting like a chocolate sundae on a summer day. pic.twitter.com/nRpVPHESeb