“He doesn’t believe in gender equality nor does he support women nor African Americans. Everyone is worse off with Mr Trump in office, except Mr Trump and his family and the very very rich and corporations. Mr Trump only cares about Mr Trump." 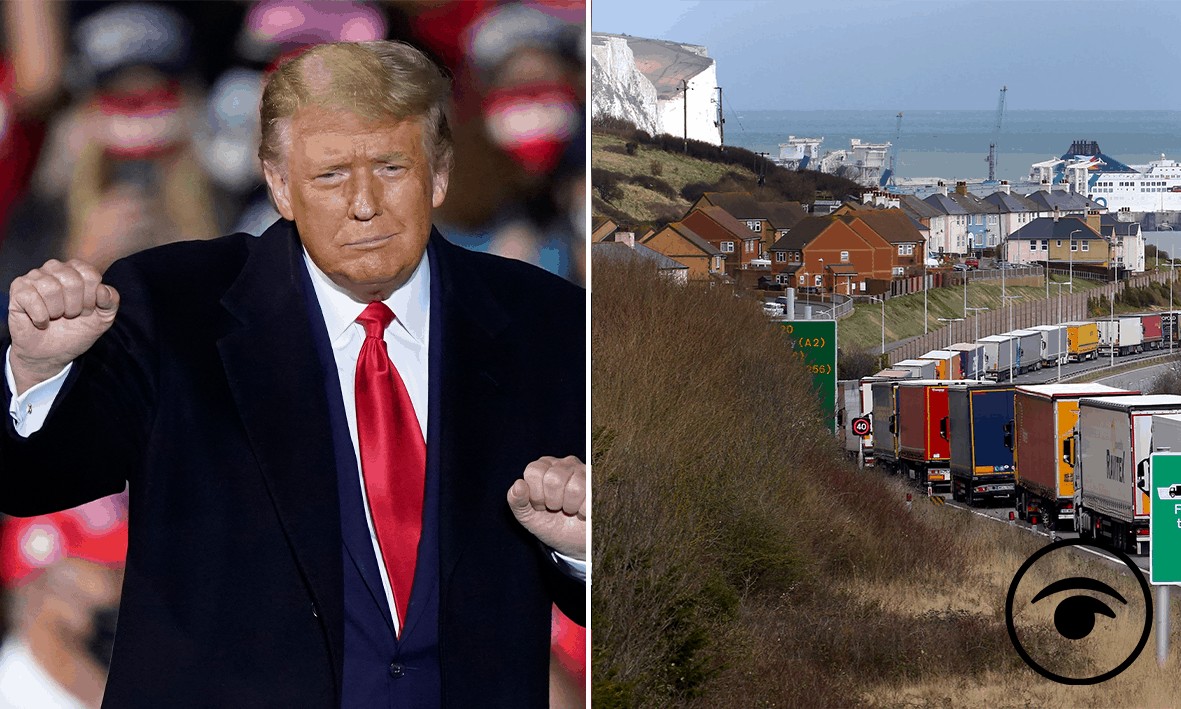 Donald Trump winning a second presidential term would be “a thousand times worse” for the UK than a no-deal Brexit, a leading Democrat believes.

Kelly Hyman, author of The Top Ten Reasons To Dump Trump in 2020, has slammed the Republican president on everything from healthcare to guns.

And the former Hollywood actress turned high flying lawyer also believes him winning the White House again next month would spell disaster for the UK.

The Democrat member and leading media commentator said: “As Mr Trump’s polling numbers have eroded, President Biden would actually be better for Britain than President Trump. Unlike Mr Trump, he is a believer in alliances.

“He would not subject Mr Johnson to rude lectures about the need for Britain to take a harder line against China. He would not be toxic with much of the British public.

“A Trump defeat would make things much easier for the UK.

“Mr Biden is very keen on his Irish Catholic roots, though he has British ones too.

“He has talked of a great-great-great grandfather who was a captain in the British East India Trading Company.

“But they say that as far as Brexit goes, his primary concern is likely to be the preservation of the Good Friday Agreement, the Clinton-era accord that ended decades of sectarian strife in Northern Ireland.

“Still, there are potential land mines, not least Northern Ireland. A devoted Irish-American, Mr  Biden will fiercely defend Ireland’s interests, as will his allies in the Democratic Party’s Irish lobby on Capitol Hill.

“Mr Trump’s first term has been a complete disaster and a second one would be 1,000 times worse for Britain than a no-deal Brexit.

“There are so many catastrophes it’s hard to list them all. On health care he wants to get rid of Obama care, but he has nothing to replace it.

“He inherited a great economy from Obama/ Biden and he destroyed it. Like he has destroyed all of his businesses. He is not a successful businessman. He was born rich and was a millionaire as a child.

“He doesn’t believe in gender equality nor does he support women nor African Americans. Everyone is worse off with Mr Trump in office, except Mr Trump and his family and the very very rich and corporations. Mr Trump only cares about Mr Trump.

“Now is the time to put our country over politics and vote him out.”

Ms Hyman made her name as a child actress in iconic American soap The Young and The Restless. She went on to star in numerous other Hollywood films before leaving the industry in her 20s to train as a lawyer.

Since then she has worked on a range of high-profile cases against large companies including big tobacco, Johnson & Johnson and Google.

She has gained a reputation as the ‘Erin Brokovich’ of the modern world. This is down to the types of cases she works on which include suits involving tobacco, water contamination and bladder slings.