The President fumed that he had been led to believe he would see huge crowds in deep-red Oklahoma. 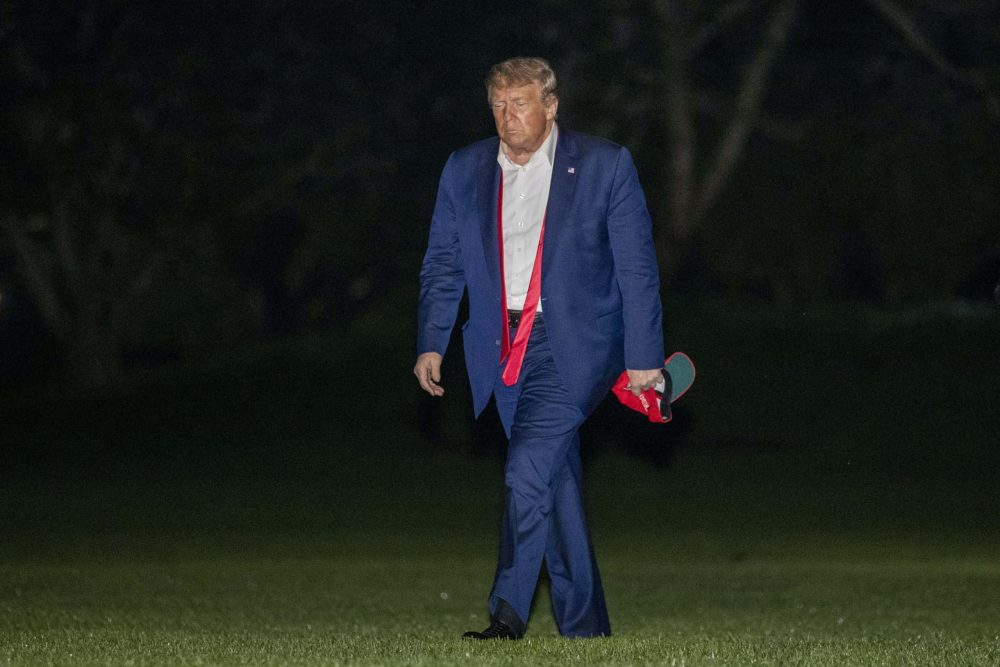 Yet Mr Trump did not offer even a token reference to national unity in remarks that spanned more than an hour and 40 minutes.

Nor did he mention George Floyd, the African American man whose death at the hands of Minnesota police late last month sparked a national uprising over police brutality.

But he did add new fuel to the nation’s culture wars, defending Confederate statues while making racist references to the coronavirus, which originated in China and which he called “kung flu”.

He also said Democratic politician Ilhan Omar, who came to the US as a refugee, “would like to make the government of our country just like the country from where she came, Somalia”.

Mr Trump won the presidency in 2016 with a similar tone, aimed largely at energising conservatives and white working-class men.

But less than four months before early voting begins in some states, there are signs that independents and educated voters — particularly suburban women — have turned against him. Republican strategists increasingly believe that only a dramatic turnaround in the economy can revive his re-election aspirations.

“It’s bad,” said Republican operative Rick Tyler, a frequent Trump critic. “There’s literally nothing to run on. The only thing he can say is that Biden is worse.”

His first rally in 110 days was meant to be a defiant display of political force to help energise Mr Trump’s spirits, try out some attacks on Mr Biden and serve as a powerful symbol of American’s re-opening.

The vast majority of the attendees, including Mr Trump, did not wear face masks as recommended by the Trump administration’s health experts.

After the rally, the president berated aides over the turnout. He fumed that he had been led to believe he would see huge crowds in deep-red Oklahoma, according to two White House and campaign officials who spoke on condition of anonymity.

There was no sign of an imminent staff shake-up, but members of Mr Trump’s inner circle angrily questioned how campaign manager Brad Parscale and other senior aides could so wildly over-promise and under-deliver, according to the officials.

Publicly, Mr Trump’s team scrambled to blame the crowd size on media coverage and protesters outside the venue, but the small crowds of pre-rally demonstrators were largely peaceful. Tulsa police reported just one arrest on Saturday afternoon.

It is unclear when Mr Trump will hold his next rally.

Mr Trump is already scheduled to make appearances on Tuesday in Arizona and Thursday in Wisconsin. Both are major general election battlegrounds.

Mr Biden’s campaign, meanwhile, reacted to the Tulsa rally by saying Mr Trump “was already in a tailspin” because of his mismanagement of the pandemic and civil rights protests.

“Donald Trump has abdicated leadership and it is no surprise that his supporters have responded by abandoning him,” Biden spokesman Andrew Bates said.