Normally ministers are expected to resign if they breach the code, but not Patel. 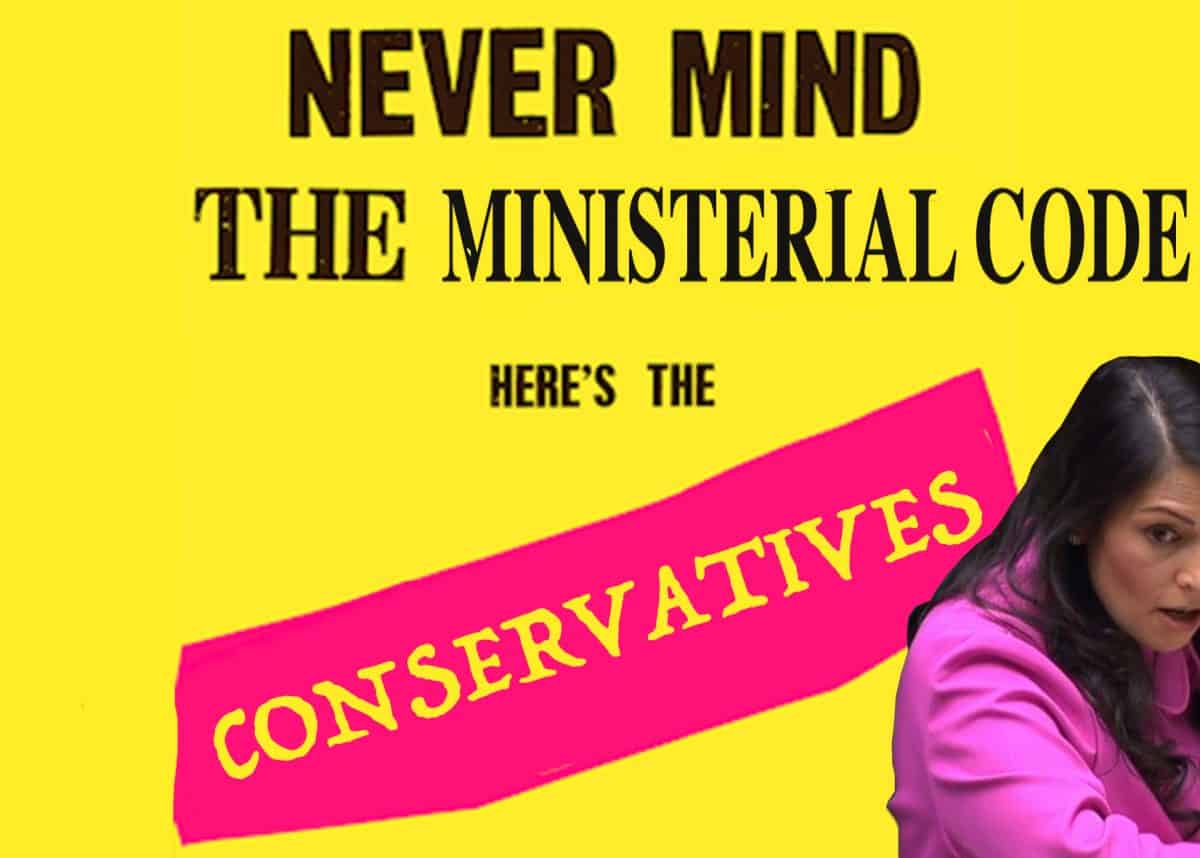 The Conservatives have been accused of a “Prime Ministerial cover-up” that is “tantamount to condoning bullying” by shadow home secretary Nick Thomas-Symonds.

Labour is demanding the publication of the full inquiry findings into allegations of bullying by Priti Patel amid reports she was found to have broken the rules for ministers.

Boris Johnson is set to reject calls to sack the Home Secretary when he delivers his long-awaited verdict on her conduct on Friday, even though she breached the ministerial code.

According to reports, she was found to have failed to meet the requirement to treat civil servants with respect and consideration.

Normally ministers are expected to resign if they breach the code, however the Prime Minister is expected to point to a finding that her conduct was “unintentional”.

Labour meanwhile has accused Mr Johnson of presiding over a “cover-up” after it emerged that a fact-finding report into her behaviour will not be made public.

Instead the Prime Minister is expected to release an assessment of its findings by his adviser on ministerial standards, Sir Alex Allan.

According to The Times, he concluded: “My advice is that the Home Secretary has not always met the high standards of the code in treating civil servants with respect.

“This has all the hallmarks of a cover up from the Prime Minister and raises fundamental questions about his judgement." @NickTorfaen https://t.co/n48CI2I3Fr

The paper said Sir Alex was also critical of some civil servants in the Home Office saying they had not always been as “flexible” as they could have been in “responding to the Home Secretary’s requests and directions”.

He was said to have found she “legitimately” felt that she had not always been supported by her department and that she received no feedback about the impact of her behaviour.

“These revelations could not be more serious”

Shadow home secretary Nick Thomas-Symonds said the Prime Minister appeared to be engaged in a cover-up and called for the immediate publication of the full Cabinet Office findings.

“These revelations could not be more serious,” he said.

“This has all the hallmarks of a cover-up from the Prime Minister and raises fundamental questions about his judgment.

“His actions are all but condoning bullying in the workplace. In any other area of life this would not be acceptable. Yet again, it seems to be one rule for them and another for everyone else.

“The report needs to be published in full immediately and both the Prime Minister and Home Secretary must come before Parliament to answer questions on this mess.”

Nick Thomas-Symonds – If the Priti Patel revelations are correct, then it is tantamount to condoning bullying… this smacks of one rule for the government & another rule for everybody else.#BBCBreakfast pic.twitter.com/7QCWOaYsFg

There must be no bullying and no harassment

Mr Thomas-Symonds said he had written to the chairman of the Committee on Standards in Public Life – former MI5 director general Lord Evans of Weardale – asking him to investigate Ms Patel’s conduct.

“In his foreword to the ministerial code, Boris Johnson said: ‘There must be no bullying and no harassment,’” he said.

“If, as is being suggested, substance has been found in some of the allegations against the Home Secretary, then the Prime Minister should have no choice but to conclude that the code has been breached.

“As Prime Minister, he is the sole arbiter of the ministerial code but he is also Minister for the Civil Service.

“Having pledged his support for the Home Secretary when the investigation began, and now sat on the report since the summer, he has already undermined confidence in this being a fair and impartial process.”

“The process is ongoing”

It followed the resignation of the Home Office’s permanent secretary Sir Philip Rutnam who accused Ms Patel of a “vicious and orchestrated briefing campaign” against him and is claiming constructive dismissal at an employment tribunal.

A Government spokesman said: “The process is ongoing and the Prime Minister will make any decision on the matter public once the process has concluded.”

Related: “Outrageous” year-long wait for Andrew to speak to US authorities, says lawyer