The Labour frontbenchers swiped at each other during the meeting in Nottingham. 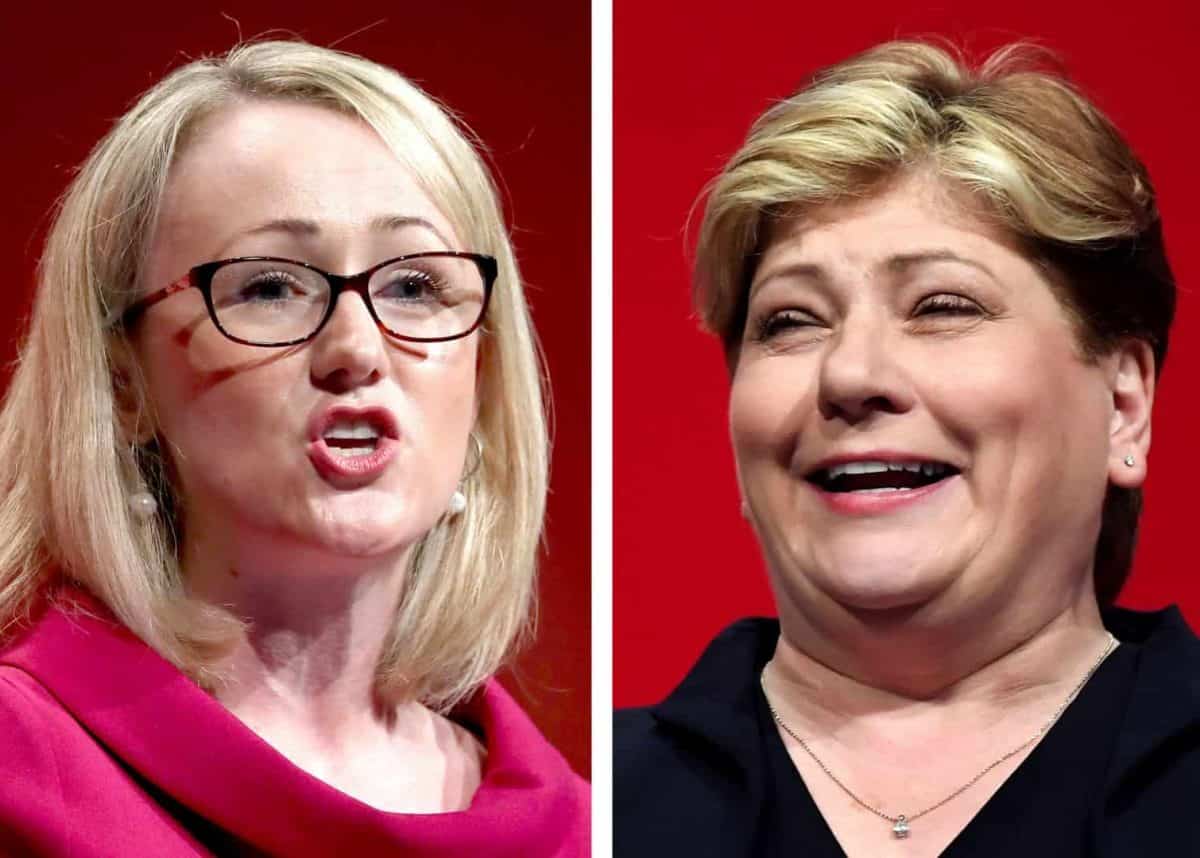 Labour leadership candidates Emily Thornberry and Rebecca Long-Bailey have taken verbal swipes at each other during a hustings event.

Ms Thornberry took an apparent swipe at Ms Long-Bailey’s claim that she had to work into the night on one occasion as she had to deal with a Commons committee at short notice, and was brought pizza to get her through the preparations.

The shadow foreign secretary compared this to her experience in the shadow cabinet after a mass walk-out by members opposed to Jeremy Corbyn’s leadership agenda.

Frankly, it was quite tough

Ms Thornberry told the hustings in Nottingham: “Frankly, it was quite tough. At one stage I was foreign secretary and defence secretary at the the same time.

“And at another time I was foreign secretary and Brexit secretary at the same time.

“And I know some people had to be up late eating pizza, but, I tell you, I did all of these different jobs, all at the same time and supported the leader in the way that he needed to be supported.”

Ms Long-Bailey responded to the jibe, saying: “Oh, miaow. We love each other really.

“I was working very, very hard, I’ll have everybody know. We did have to eat pizza.”

Responding to the question which prompted the clash, which was whether it was acceptable for a Labour MP to attack a Labour council, Ms Long-Bailey said: “But in terms of attacking colleagues, we shouldn’t attack each other under any circumstances.

“We have had four years of division in this party.

“It’s not acceptable to attack Labour councils if you are a Labour MP.

“It is not acceptable for Labour MPs to attack each other.”

Ms Thornberry repeated her insistence that Labour could not just be a “cuddly, hopeless” protest movement.

She said: “Some people may want to be a protest movement, but, frankly, the days of us being cuddly, hopeless lefties has got to be over.

“We can be cuddly, we can be lefty, but we have to be in power.”

Early front-runner for the leadership Sir Keir Starmer pulled out of the hustings because his mother-in-law remains in a critical condition in hospital after an accident last month.

Ms Long-Bailey, who has been dubbed the “continuity Corbyn” candidate, received a setback when the Labour leader’s own Islington North constituency Labour Party (CLP) decided to back Sir Keir for the leadership on Saturday.

The new Labour leader will be announced on April 4.