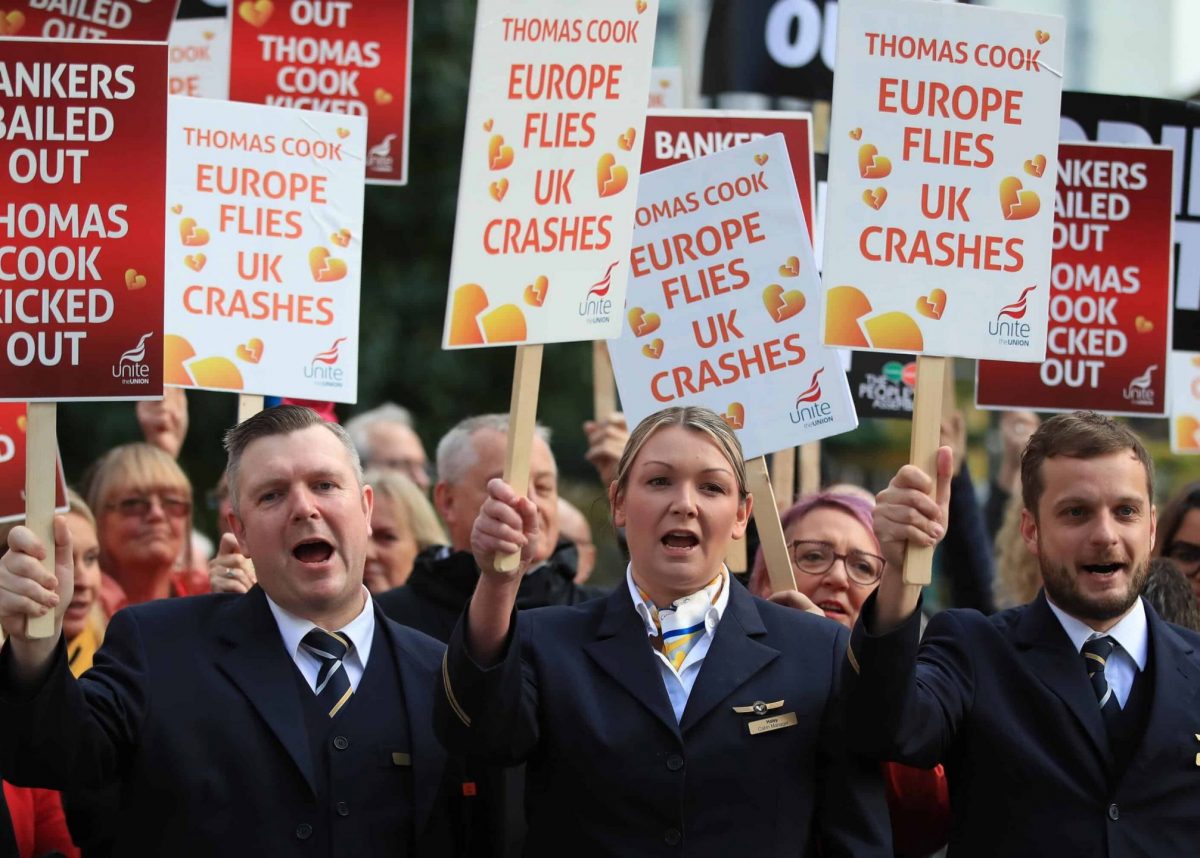 Thomas Cook staff have been pictured protesting outside the Conservative Party conference today.

Wielding banners that say “Europe flies, UK crashes” and “bankers bailed out, Thomas Cook kicked out” they urged ministers to “pay us now” after they did not receive their wages on Monday.

Around 9,000 staff in the UK were left jobless last week when the business failed to secure a last-ditch rescue deal.

Mayor of Greater Manchester Andy Burnham led calls outside the Tory conference venue in the city for the Government to give former staff their unpaid wages and redundancy packages.

He told the PA news agency: “Thousands of people in Greater Manchester woke up last week to the news that they didn’t have a job, and today they were expecting a pay cheque and of course it has not arrived.”

Asked what the Government needed to do to help the workers, he said: “Get payments made without any delay – so that’s both unpaid wages and redundancy, which is obviously a statutory service.

“I think they need to help us with regard to retraining if people want to retrain, but I think they also need to provide better answers – why did the German authorities save their airline, and why was the profitable UK airline allowed just to go to the wall?”

Former employees chanted “Pay us now” as they gathered outside the Manchester Convention Centre on Monday morning.

Ms Long Bailey told PA: “Our central message is that they’ve got huge questions to answer.

“Over the weekend it surfaced that the Beis (Business, Energy and Industrial Strategy) department didn’t meet with Thomas Cook hardly at all over the last 12 months and we wonder why that was allowed to happen when it was quite clear that there were alarm bells ringing about Thomas Cook for quite some time.