By Max Bluer The sweeping presidential powers, the detention of political opponents, even the troop mobilisations are empty gestures. President Nicolas Maduro of Venezuela’s main goal is now to distract his people, and the world, from his country’s problems.   Highly dangerous. A power grab. A smokescreen. The response from internal opponents and the international community […] 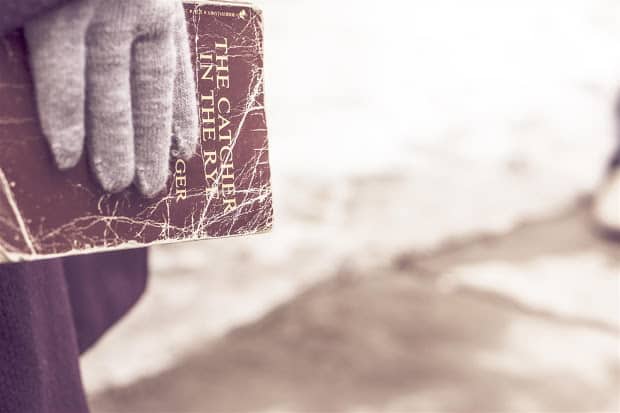 The sweeping presidential powers, the detention of political opponents, even the troop mobilisations are empty gestures. President Nicolas Maduro of Venezuela’s main goal is now to distract his people, and the world, from his country’s problems.

Highly dangerous. A power grab. A smokescreen. The response from internal opponents and the international community to the Venezuelan Congress’ decision to grant President Nicolás Maduro new decree powers has been overwhelmingly critical. The law, which in its preamble specifies its objective as ‘protecting national sovereignty from foreign interventions’, allows the executive to bypass Congress in areas of ‘freedom, equality, justice and international peace, independence, sovereignty, territorial integrity and national self-determination’.

The vague wording of the new legislation – freedom, equality and independence are terms that can mean just about anything – has scared many both within and outside Venezuela. The fear is that Maduro will go beyond the law’s stated purpose of defending his country from US aggression and instead look to strengthen his hold on power by increasing the persecution of prominent opposition politicians.

Former Presidential candidate and hardline anti-Chavista Leopoldo Lopez was detained in 2014 on what the US and others have denounced as trumped-up charges. In a bizarre incident in February of this year, Lopez was accosted in his cell by military commandoes who destroyed his cell in an apparent attempt at intimidation.

Of course, the detention of Lopez, as well as of various other prominent opposition politicians has not gone unnoticed by the international community, particularly the United States. The White House has consistently called on Venezuela to ‘release those it has unjustly jailed’, particularly political prisoners such as Lopez.

Yet statements such as these from the Oval Office actually play into the hands of Maduro and his government. Rebukes of this nature reinforce the dominant narrative amongst Chavistas, that the United States is meddling in the internal politics of the socialist state and threatening the future of the Bolivarian revolution. Indeed, there are several high level officials within the government who are firmly of the belief that the United States has plans to invade Venezuela.

The desire to strengthen its defences against a hypothetical ‘gringo’ invasion has been an element of Venezuelan foreign policy since Hugo Chávez assumed power in 1999; it has guided the pursuit of close relations with the FARC, Hezbollah, Russia and China, all actors that could assist (militarily, diplomatically or financially) in the event of American aggression.

Fortunately not all policy-makers in Caracas are quite this paranoid. Most realise that the chances of a full-scale, troops-on-the-ground invasion of Venezuela from the United States are extremely low. Instead, the main thrust of Venezuelan diplomacy is to employ increasingly dramatic and eye-catching stunts which draw rebukes from the dominant neighbour to the North. These rebukes – whether in the form of disapproving statements from the White House or sanctions against Venezuelan officials – serve to reinforce the notion that the United States is unfairly targeting Venezuela and its socialist government.  Accurate or not, this perception of bullying from the ‘Yankee’ government deflects attention from a fermenting economic and social crisis in the country.

Infrastructure in Venezuela has always been a problem. Viewers of the espionage drama ’24’ will remember the crumbling ‘Tower of David’ a one-building slum that towers into the Caracas sky and hosts thousands of the capital’s most unfortunate in appalling conditions. Officially titled the ‘Centro Financiero Confinanzas’, the crumbling edifice has become a symbol of the dilapidated state of Venezuela’s roads, bridges and public infrastructure.

Infrastructure problems are compounded by worrying shortages. Queues outside supermarkets have become a fixture of daily life as Venezuelans look to replenish their empty shelves; stocks of nappies, cooking oil and toilet paper are at dangerously low levels. Some states have taken to banning overnight queues outside supermarkets, such is the desperation as Venezuelans fight to get their hands on the few remaining supplies.

Of course, social problems go hand-in-hand with a tanking economy. Inflation, at 68 per cent, is the highest in the world and is a reflection of the country’s complete reliance on its oil supplies. Venezuela’s enormous supplies of ‘black gold’ have allowed revolutionary governments to role out their signatory mass public-help programmes, encompassing affordable healthcare, subsidised food and housing. Yet this boon soon became a curse as oil came to dominate the economy, to the extent that other industries shrivelled, unable to compete with the lifeblood of a government unwilling to diversify away from its key resource.

But what was a long-term problem became an imminent catastrophe when the price of oil plummeted in late 2014. The dramatic effects on the Venezuelan economy have led to panic in government circles at the prospects of a repeat of the violent anti-government protests of 2014, which occurred at a time when the economy was in a better shape than currently is the case.

Panic at the Presidential Palace

The growing levels of alarm are reflected in the increasingly dramatic attempts by Maduro to deflect attention from the developing crisis at home and instead focus his people’s attention on its supposed victimisation by the US. These attempts include the arrest of political opponents, the mobilisation of the Venezuelan military and the recent request for more Presidential powers. These powers are supposedly necessary to fight US imperialism, as demonstrated (according to Maduro) by the new round of sanctions on Venezuelan officials. Yet all of these measures have had little practical effect as the armed forces of Venezuela are hopelessly ill-equipped, while many of the powers Maduro has requested he already has and has been wielding for some time.

Instead these symbolic gestures look to provoke the United States and continue the dynamic of confrontation between the two countries. Maduro believes the narrative of confrontation and victimisation serves to distract his people from the fact that their country is rapidly spiralling into chaos. It is unlikely that Chavez’s less charismatic, less inspiring and less respected successor will be proven right.

Or read more articles at maxbluer.wordpress.com