From throwing V signs to getting booted out of the House, here's the best of the beast. 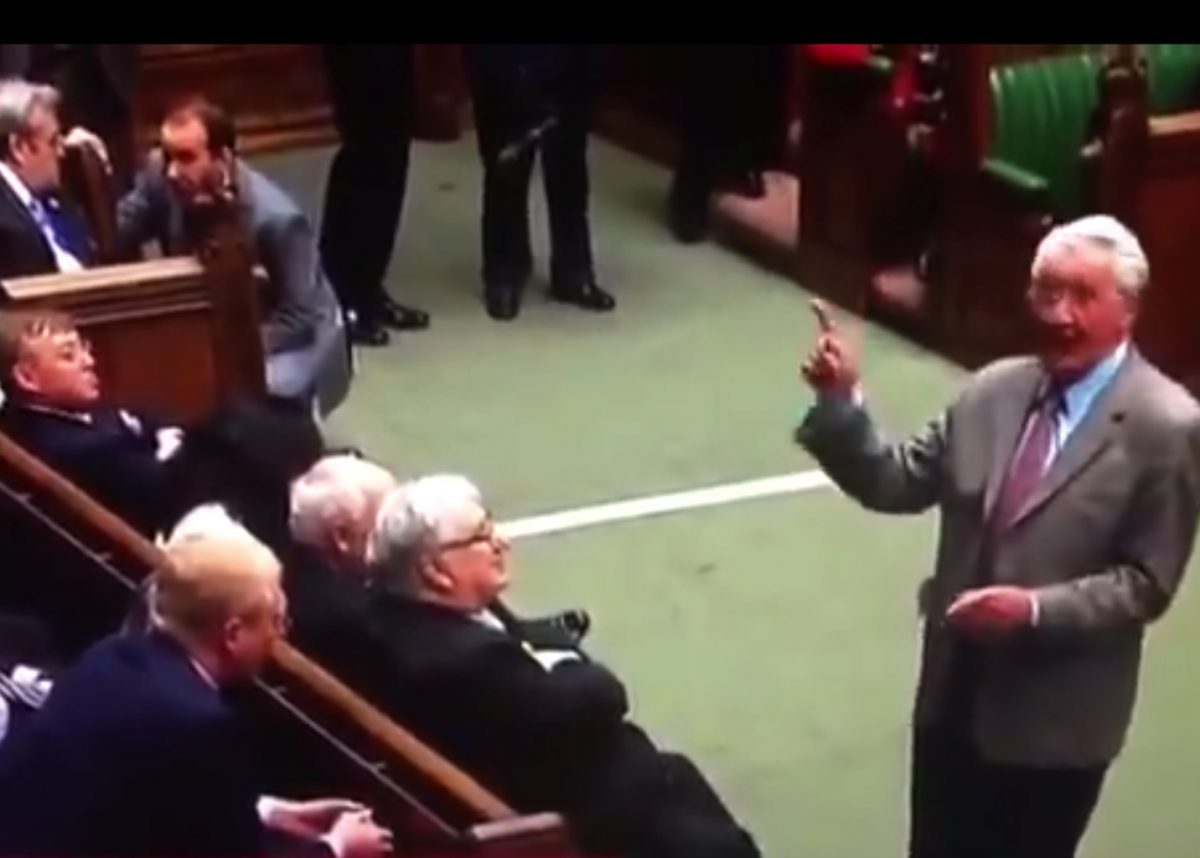 Former Labour MP and Commons stalwart Dennis Skinner is trending on Twitter as people rally around in a bid to get him into the charts.

Singer/songwriter Robb Johnson has recorded a heartwarming song about the working class hero who served as an MP for 49 years and became known for his stinging speeches.

Dubbed ‘Tony Skinner’s Lad’ the single tells the tale of a man who ‘can’t be bought’ and remained true to his principles and upbringing.

A series of videos have emerged as people look back on his glittering and, at times, frightening career.

We have picked out some of the best:

“…these words of mine don’t come out of my mouth because of envy, because of greed. It’s because I believe we have to look after those people that haven’t got two ha’pennies to rub together; that should be what motivates us every day…”pic.twitter.com/KXmpvyHyjc

You think you’re above it all

We see the legend that is Dennis Skinner is trending.

Time to remind ourselves of this:

“You’re involved, you are somebody that could be affected but somehow you think you’re above it all. You’re not.”

Great to see him trending
If you haven't already there's still time to get @BolsoverBeast to number one all monies go to @orgreavejustice
👇https://t.co/O90AhOQgslpic.twitter.com/dchgQ83yuK

It is very hard to pin down my absolute favourite Dennis Skinner video there are so many!

But this has to be up there, Dennis Skinner flicks the V-sign at former shadow cabinet purge members after shaking the hand of Jeremy Corbyn #LabourCoup #ChickenCoup pic.twitter.com/VWYVsSarC9

#DennisSkinner coke jibe to George Osborne I will forever ♥️. The only Politician who was ever brave and truthful enough to say it on record and in Parliament. 👏🏽👏🏽👏🏽👏🏽 https://t.co/IWMp2rawQl