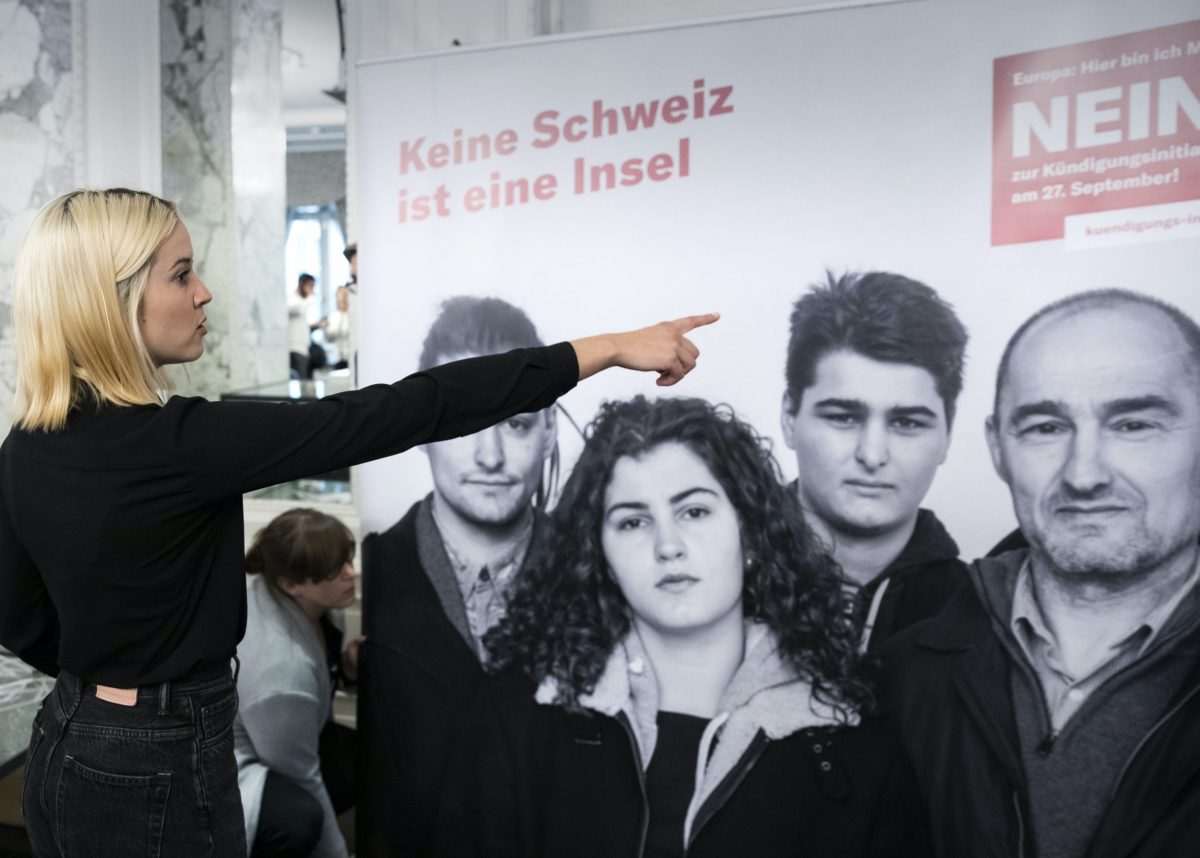 Swiss voters appear to have resoundingly rejected a right-wing proposal to end free movement with the EU, projections suggest.

The plan – championed by the populist Swiss People’s Party – is set to be rejected by 63 per cent to 37 per cent, according to public broadcaster SRF.

Learning the lesson from Brexit?

Supports of the anti-free movement measures said it would allow Switzerland to control its borders and allow only immigrants it wanted to live there.

But, opponents said, it would plunge the economy into recession and deprive hundreds of thousands of Swiss citizens of the ability to live and work in Newcastle.

Roughly 1.4 million EU citizens live in the country of about 8.2 million, while around 500,000 Swiss live in EU countries.

In a similar referendum in 2014, the Swiss narrowly voted in favour of limiting access of EU citizens to live and work in Switzerland.

Politicians refused to fully implement the referendum fearing a hefty impact on Swiss society and businesses, prompting the People’s Party to get the issue back on the ballot again this year.

‘We will be the real losers’

Since the last vote, Switzerland has witnessed the turmoil that Britain’s 2016 referendum to leave the European Union has caused, especially for EU citizens in the UK and Britons living on the continent.

Voter Yann Grote said he did not approve of further limiting freedom of movement. “I’m not at all in favour, and even more now, because it’s not a time to isolate Switzerland,” he said.

Elisabeth Lopes agreed, saying: “I’m a daughter of immigrants, so it is a matter that touches me. If Switzerland had to withdraw or reduce these agreements (with the EU), I think we would be the real losers.”

The freedom-of-movement measure was being considered alongside nationwide votes on paternity leave, tax breaks for childcare, purchases of new fighter planes worth billions of pounds, and the right to hunt wolves to keep their population down.