Legal action has been threatened if the findings are used to undermine the referendum result. 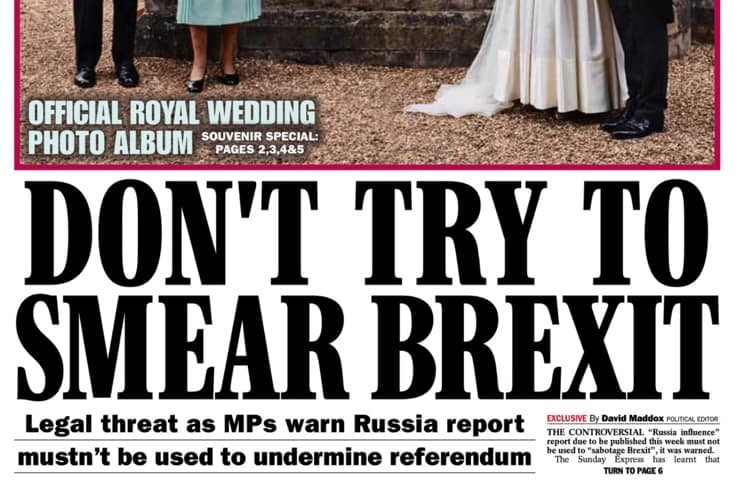 The Sunday Express has published reports of antsy MPs today ahead of the release of the long-delayed report into Russian interference in the Brexit referendum.

Last week the Intelligence and Security Committee voted unanimously for the report to be released before Parliament’s summer break, scheduled for 22nd July.

The ruling came just hours after Dr Julian Lewis was appointed as chair of the committee, much to the dismay of the Prime Minister.

The report has been delayed for more than nine months after the PM moved to keep it under wraps in the build up to the general election.

But several MPs have moved to get ahead of the release by sounding stark warnings in Sunday’s newspapers.

According to reports in the Express there is a threat of legal action if its findings do anything to derail Brexit.

It comes after Dominic Raab pointed the finger at Moscow for attempting to influence last year’s election by amplifying hacked documents detailing controversial trade talks between the UK and the US.