Labour leadership hopeful Sir Keir Starmer has set out his vision to return the party to power by making the case for a “moral socialism” that is relevant to “everyday lives”.

The shadow Brexit secretary said his vision is founded on economic, social and climate justice as he highlighted his credentials as a former director of public prosecutions.

Sir Keir is among five candidates who remain in the race to succeed Jeremy Corbyn and is seen as the early front-runner.

In an article for The Guardian, Sir Keir said Labour must use its time in opposition to fight Boris Johnson, who he calls “a Prime Minister with no conviction or principles”.

“We can win again if we make the moral case for socialism, a moral socialism that is relevant to people’s everyday lives and the challenges we face as we move into the 2020s and 2030s,” the MP for Holborn and St Pancras continued.

“There are three foundations to this: economic justice, social justice and climate justice.”

Setting out his left-wing credentials, Sir Keir says that the “free-market economy has failed” and has “fuelled gross inequality” as he called for “a new economic model”.

Placing emphasis on the need to focus on the climate crisis, he said the argument that something can benefit the economy while damaging the environment must end.

He also called for a social security system that is “decent, strong and unbreakable, with dignity at its heart” and for “radical devolution” to nations, regions, towns and cities.

Meanwhile, fellow candidate Lisa Nandy was setting out her plan for the nation post-Brexit and called for no trade negotiations with Donald Trump if he exits the Paris Agreement on the climate crisis.

Earlier in the day, she argued the PM should use negotiations to pressure the US president to stay in the accord to limit temperature rises to well below 2C this century.

Mr Trump has called climate change a “hoax” and is working to sever US ties to the key environmental pact, but Ms Nandy believes the PM’s trade negotiations could halt this.

She praised the EU and Mr Trump’s predecessor Barack Obama as inspirations for using trade deals to “drive up standards for people around the world”.

Asked about the ultimatum to the current president, she rejected that the position would harm the economy, saying the climate crisis was one of the greatest threats to the economy.

Ms Nandy, who was one of Labour’s prominent voices calling for a soft Brexit after the referendum, criticised Mr Corbyn and others in the shadow cabinet for the failure on the issue.

“The trap was set: you can be for your country or you can be for the world. And senior Labour politicians rushed headlong into it – it was a serious failure of leadership,” she said.

“If it were paired with renewed and radical investment that enabled opportunities for young people, decent jobs, training and skills – then I know that those concerns about freedom of movement would have fallen away,” she added.

Hopefuls were trying to win the support of affiliates such as unions and constituency Labour parties as the second stage of nominations opened on Wednesday. 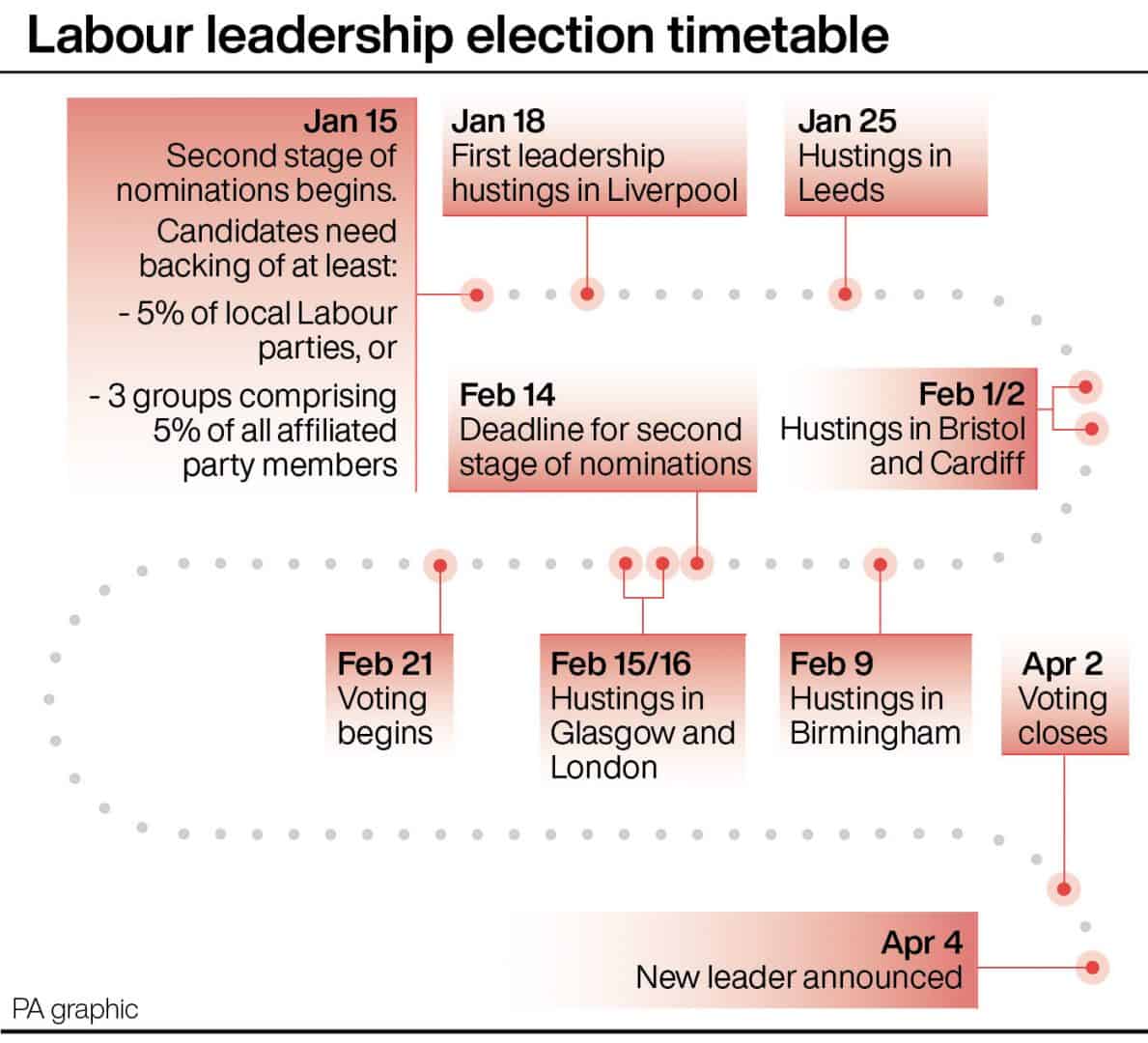 The pair progressed to the current stage – along with Jess Phillips, Rebecca Long-Bailey and Emily Thornberry – after winning enough support from Labour MPs and MEPs.