Speaker of the House of Commons exclusive: “Brexit has opened up the fractures of this country” 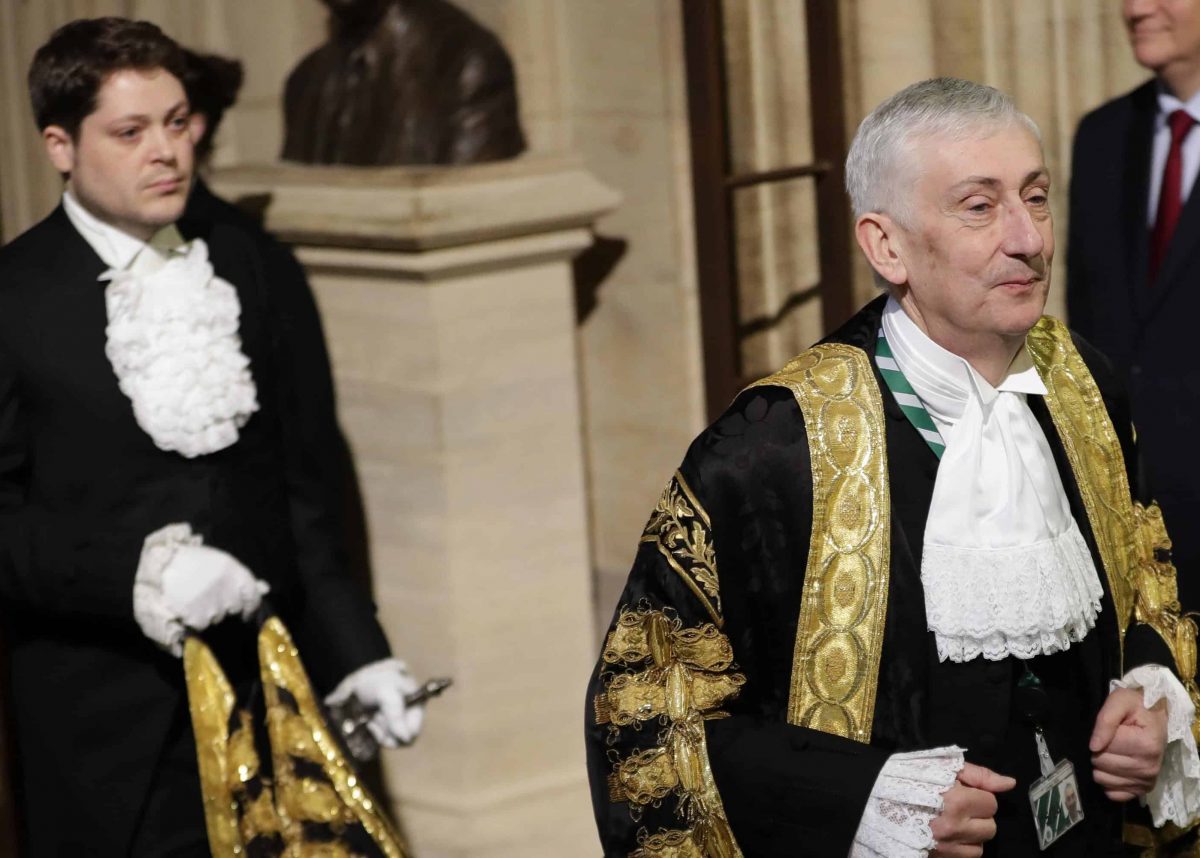 “Brexit has had a big impact on Parliament. But its biggest impact has been on the country”, Sir Lindsay Hoyle said as he outlined his plans for Parliament as Speaker of the House of Commons. “I’ve found that where households are being divided, so is the Chamber.”

Speaking exclusively with The London Economic, the Labour MP for Chorley and only candidate who refused to say how he voted in the 2016 EU referendum, talked of his priority to make “everybody feel part of Parliament” in one of his first interviews since being reelected as Speaker after the December general election.

“We saw in the election that, whatever people might say, Brexit played a major part in the result. The political make-up of Parliament comes from Brexit. We can’t shy away from that.”

Hoyle enters the Chair at a time of immense upheaval in British politics, he has pledged to use his tenure to bring calm to the Chamber which has often seen heated and ill-tempered debates over the UK’s attempts to leave the European Union.

The former Deputy Speaker was often at the forefront of intense parliamentary stalemate having shepherded former prime minister Theresa May’s Withdrawal Agreement through its Committee Stages. “Now that Brexit has happened, the question we should ask is how do we move forward from here?”, he said.

He added: “The decision has been taken and now its a case of what is best for the people that we represent.”

Impartiality: “I’m not the story”

In what will be viewed by some as a welcome departure from the rancorous final months of his predecessor John Bercow, Sir Lindsay spoke of his intention to “make the House the story”.

Among parliament’s Brexit-backers, he intends to be a less fractious figure. His promise to publish clerks’ advice will make it harder to break with convention, and has proved popular with MPs so far. While he acknowledged that “Speakers have an impact”, Hoyle was careful to explain that “it’s about how you profile yourself.”

“Of course people are going to want to know who I am. But for me the profile is about the House and the chamber, not about me being the story. That’s always the danger.”

Bercow was heavily criticised by some Tory MPs during his time in the Speaker’s chair over a series of controversial rulings which were seen to favour the pro-Remain side in the Brexit debate. Reflecting on the impact of Brexit on the role of Speaker, Sir Lindsay said:

“It should not be about my role and Brexit. I have been very clear about my position: I don’t say which way I voted publicly.”

“All I’ve always said is that I support my constituency. I think it would be wrong to say what my views are so that I am not part of the problem, but rather there to solve the problem and keep good order without anyone thinking I’m biased.”

He added: “My impartiality is what I want to retain as Speaker of this parliament”.

As well as the post-Brexit challenges Parliament faces, Hoyle spoke of his “fear” that the “perception of MPs and Parliament is not good”. A recent report from Hansard Society’s Audit of Political Engagement found that 72% of people feel the system of governing needs ‘quite a lot’ or ‘a great deal of improvement’.

“How do we get people to engage and have faith in Parliament? That is one of the biggest issues out there”, he said.

At the same time, the new Speaker stressed the importance of ensuring the safety of MPs and parliamentary staff. Commenting on the rise of threats against MPs, Hoyle said: “The fact that people think they can be abusive to MPs and threaten MPs really does worry me.”

A parliamentary report published in October 29 warned that Threats of murder, rape and other violence against MPs have become “commonplace” and have forced many to change their behaviour and take increased security measures when they deal with the public.

“Security is a massive issue. But it’s the way that the public think they have the right to abuse MPs. threaten them.”

Hoyle also spoke of his “worry” when it was reported that the terrorist behind the Streatham attack had allegedly told inmates that he wanted to murder an MP in a mocked Islamic State-style execution. He added: “We’ve had some of the most extremes. That is a worry for me.”

“The answer is inside the chamber”

While Sir Lindsay acknowledged the work to be done outside, he also plans to “address” issues inside the Chamber. “Internally, I think the answer is inside the chamber; the way we address each other and behaviour within the chamber is also important.”

“It’s important we tone down how we behave and the anger coming out of the chamber. There was hate inside, but hopefully we can calm that down.”

The Speaker argued that while he “doesn’t expect MPs to agree with each other” he does expect better tolerance and respect. “From a chamber point of view, if we can show better respect to each other then hopefully the public can respect us in the same way.”

“Ultimately, if we’re abusive towards each other then it reflects the way that the public view us.”

He added: “I want everybody to feel part of Parliament. The House is here to support them. MPs will of course always be the reason why the House exists. But actually Parliament cannot exist without the people”

Related: Concerns over calls for increased police powers against protests