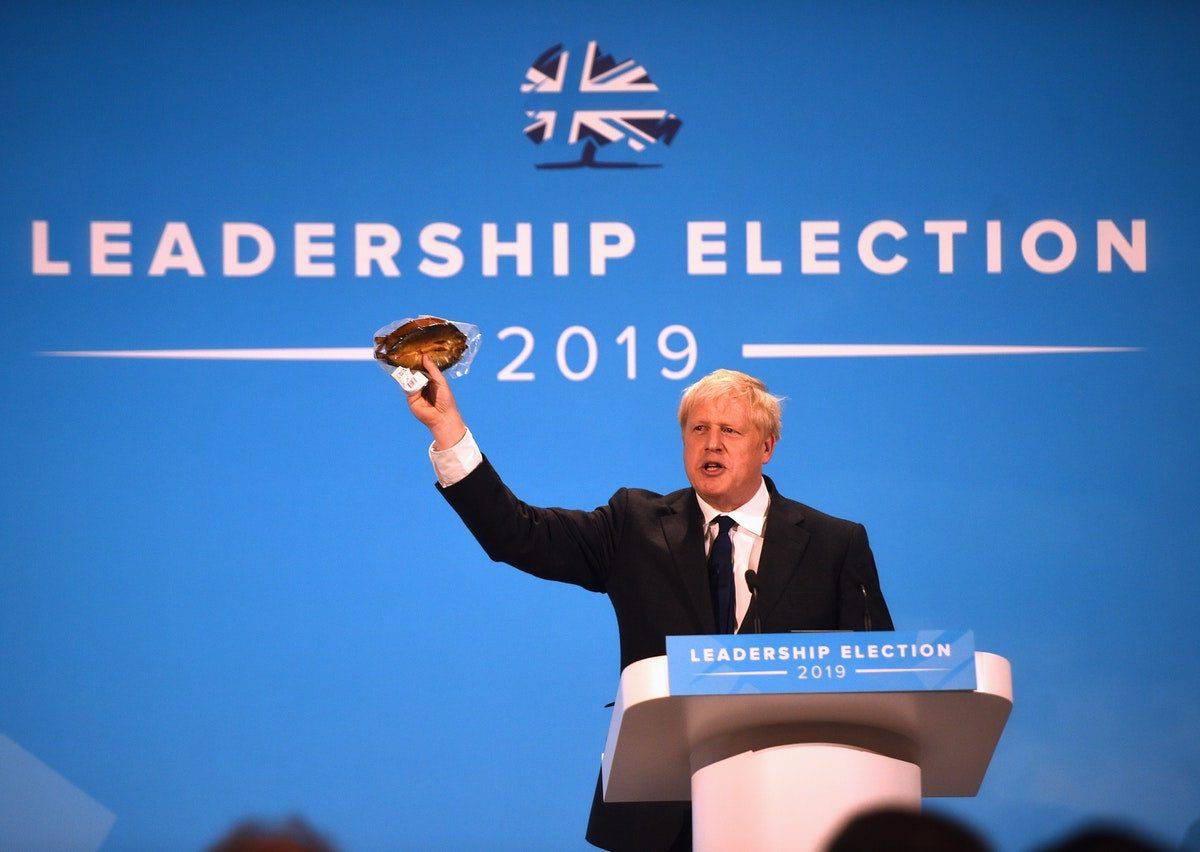 Vying to be Britain’s Prime MInister, the Tory MP infamous for writing tall stories about EU regulations when he was the Telegraph’s Brussels correspondent (after he was sacked from The Times for lying) has been caught out again with a red herring – this time about a Manx kipper.

Rules for Isle of Man kipper sellers described by Boris Johnson as “pointless” and imposed by “Brussels bureaucrats” are set in the UK and not part of EU legislation, an EU spokeswoman has confirmed.

Mr Johnson used his final hustings of the leadership campaign yesterday to deride the EU’s “pointless, expensive, environmentally damaging health and safety” with the use of a kipper and a plastic ice pillow.

The frontrunner for the Tory leadership held up the plastic-wrapped fish and told the audience: ‘I want you to consider this kipper”.

Addressing the crowd in east London, Mr Johnson went on: “This kipper, which has been presented to me just now by the editor of a national newspaper, who received it from a kipper smoker in the Isle of Man, who is utterly furious, because after decades of sending kippers like this through the post he has had his costs massively increased by Brussels bureaucrats, who have insisted that each kipper must be accompanied by this – a plastic ice pillow.

However, the former Foreign Secretary has been busted stitching up his ausdience liek a kipper.

Responding to Mr Johnson’s claims today, an EU spokeswoman said: “Our priority in the EU is the health of our citizens as well as safeguarding our standards in terms of public health and food safety – the highest in the world.

Providing further detail, she said the sale of smoked fish to the final consumer is “excluded from the scope of the EU Regulation on food hygiene”, adding that temperature requirements for the sale “are thus a national competence”.

European health and food safety commissioner Vytenis Andriukaitis posted on Twitter: “Boris, the Isle of Man is not bound to the #EU ‘pointless and damaging’ *red tape* in #foodsafety that we are proud of because it protects consumers. You omitted to say that the Isle of Man is not in the EU. This packaging – #uk competence. Yet another smoke. #fakenews.”

The UK’s Food Standards Agency (FSA) advises retailers who sell food online that their products “must be delivered to consumers in a way that ensures that they do not become unsafe or unfit to eat”.

Specifically, it says: “Foods that need refrigerating must be kept cool while they are being transported. This may need to be packed in an insulated box with a coolant gel or in a cool bag.”

Neil Robson, managing director of the fourth generation family business L Robson & Sons situated in Craster on the Northumberland coast, said he was unaware of any changes to rules governing the sending of his products.

He told PA: “To be honest I’ve never heard of using ice pillows.

“We use a coolant when it’s warm – it’s a paper product that we soak in water and freeze because we’re trying to do away with plastic – but not in the middle of winter. It’s good practice.”

Kippers are produced from herrings, which are split and placed in a brine solution of plain salt and water before they are hung and smoked for up to 16 hours to preserve them.