By Pete Ramand and James Foley, authors of Yes: The Radical Case for Scottish Independence. Some call it the dismal science.  But, of all the referendum’s controversies, economics arouses the nastiest emotions. The media, along with No campaign leaders, frame the problem of Scotland’s economic security around Alex Salmond’s personal credibility, and the tactic works.  Otherwise level-headed […]

By Pete Ramand and James Foley, authors of Yes: The Radical Case for Scottish Independence.

Some call it the dismal science.  But, of all the referendum’s controversies, economics arouses the nastiest emotions.

The media, along with No campaign leaders, frame the problem of Scotland’s economic security around Alex Salmond’s personal credibility, and the tactic works.  Otherwise level-headed Scots confess they would vote Yes, except that putting wee fat ‘Eck at the helm is a risk too far: who would compromise their futures so he can swan about as uncrowned King of Scotland?

This conflation succeeds on two levels.  First, Salmond, once seen as the Yes movement’s strongest asset, is now an embarrassment.  Even as he retreats from public view, Better Together paints him as arrogant and reckless, toying with Scotland’s prosperity for selfish ends.

Second, Scotland’s political class has become myopic about our present economic order.  Salmond is expected to outline, in ludicrous detail, how Scotland’s future economy and international arrangements will work.  Yet nobody from Labour, the Tories, or the Lib Dems is pressured to guarantee Scotland’s economic security.  In an era of potential EU exits, the rise of UKIP, and British economic stagnation, that amounts to startling complacency from our public intellectuals.

The risks of staying in the UK are easy to foresee.  Britain’s financial institutions have learned nothing from the 2008 crisis, and will likely deregulate further when the opportunity arises, while all Westminster parties are committed to austerity in coming decades.  Unless this course is reversed, Britain will end the next era far poorer, far nastier, and far more isolated than its neighbours.

Between Thatcher and 2008, the UK transferred more income to the rich than any developed nation.  Tiny elites made fortunes, while the real “middle Britain” stagnated.  As the square mile boomed, and debts bubbled, Britain’s pensioners become the fourth poorest of the EU 27; disadvantaged children suffered Dickensian misery; and fuel poverty was Europe’s worst barring Estonia.  Britain’s wealth gap extended to twice as wide as even its meanest EU rivals.  Despite endless Westminster moralising about families, it was declared the third-worst European country to raise children.

Since 2008, Britain’s growth has fallen behind all G7 economies, except Italy, and its wages have sagged lowest of all.  Having missed every chance to reform London’s Gordon Ghetto-era moral order, Britain’s living standards slump far exceeds Japan’s during its infamous “lost decade”.  And Osborne and co have reinforced existing volatility with austerity, while raising exploitation to Victorian levels.

If Britain continues its present course, the trend is ominous.  It could surpass countries like Singapore, Portugal, and the US to become the most unequal developed society, a paragon of indecency and squalor.  The symptoms are already visible.  The World Health Organisation states that child poverty is a deliberate “policy choice” by Westminster parties.  One-in-ten workers experience precarious employment, and the crisis has normalised zero-hour contracts.  The bedroom tax hints at further depths of irrational cruelty, although it merely symbolises UK economics, and our party-political system offers no alternative.

To face up to the 21st century, Britain needs epochal transformations.  On key planetary challenges, like climate change, the UK has fallen behind its rivals, in moral and competitive terms.  We are the third worst in Europe for using renewable energy, spending just one per cent of GDP on green investment, less than on furniture or advertising, and three times less than on the military.  Clean energy research is nearly ten times higher in Japan and Finland.  Meanwhile, Britain is badly adapted to the rise of the BRIC economies, exporting more to the Irish republic, with a population under 5 million, than Brazil, Russia, India and China combined.  Furthermore, one-in-ten UK firms are connected to the arms industry.  Westminster parties cannot deliver necessary reforms, as they are wedded to US neoliberal, military and financial hegemony.

Better Together’s main argument, that larger economies are more resilient and flexible, stands little scrutiny. Small Northern European economies, with similar geographies to Scotland, have maintained independent currencies with greater stability than the sterling.  Indeed, all comparable regional economies have equal or better living standards than the UK, and greater equality.  Scotland could aim, at minimum, to replicate these models.  But with capitalism prone to recurrent crises and rising inequality, as Europe’s newest nation state, we should aim for something better, more sustainable, liable to last the course of the next hundred years.  That means planning our economy to meet social and environmental needs, not squandering resources on market anarchy.

Contrary to popular myth, Scotland is no “subsidy junky”.  Since the 1970s, it has run a net fiscal surplus of £100 billion, while RUK experienced a large deficit.  Of course, volatile oil revenues are significant to this figure.  But just as oil has physical limits, so London’s financial cluster has social limits, and the UK needs a painful transition from unstable rentier capitalism, which no party is willing to confront.  Scotland has the physical resources to lead the new energy revolution, with a quarter of Europe’s wind and tidal potential, and a tenth of its wave potential.  But we need the social and political will, allied with the economic infrastructure, to make this workable.  Independence is a precondition for these long-awaited social changes.

So far, the debate on Scotland’s economy has been parochial and personal.  We challenge Better Together’s parties to explain their vision for ending Britain’s dependence on finance, arms, and polluting industries, and creating a sustainable economy.  The instability of independence is minor compared to the risks of staying for an impending EU referendum, freewheeling banks, and inevitable US-initiated invasions to join.  Compare this to Scotland, with two centrist leading parties, aspiring to a Nordic-style future.  The latter is no utopia.  But let us aim to set better precedents; don’t hold us to the crushing inevitability of Cameron’s Britain. 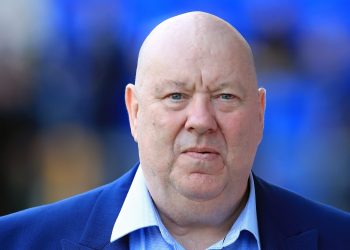