By J T Coombes www.globalmagnacarta.com @GMagnaCarta And so the great day has arrived when Alex Salmond gets to see which way the dice will fall on what is certainly the biggest gamble of his political career. Gamble is the operative word here I would suggest, as I cannot see any visionary leadership at work. Rather […]

And so the great day has arrived when Alex Salmond gets to see which way the dice will fall on what is certainly the biggest gamble of his political career. Gamble is the operative word here I would suggest, as I cannot see any visionary leadership at work. Rather a play on the years of frustration Scotland and its people have endured from the abuses of Westminster.

We have had the TV confrontations, the mud slinging and lack of political vision from both camps since this whole issue kicked off years ago. There is no doubt Salmond is a shrewd political operator and has worked half the population up into a frenzy about independence, but it is only half and it is here that I ask you to look at the reality of what is happening.

We are seeing a call for independence that is driven by trading on past abuses through eloquent emotional massaging, plus the desire for power that is the lynch pin of the current spate of career politicians. (Here in England we have been emersed in debt by a government intent upon holding onto power at any price . . . and I mean ANY price. Enslavement to debt is as abusive as any metal shackles and whip.)

If there was true political leadership by Salmond over the years there would have been a growing cry for independence coming from the majority of the people. They would see that the efforts of their leadership were creating a thriving environment in which both the people and business were not shackled in the same way the remainder of the county is. They would see that there was no point to remaining under Westminster as it had little to offer and little to contribute to the success Scotland was achieving through its own efforts.

It is an established wisdom that leadership creates an environment in which the people are motivated to action and see their success as coming from their own efforts. They are supported, not driven, controlled or suppressed. I see none of this at present anywhere in the UK and certainly not in Scotland.

Let us move on to visions of the future and the opportunities independence will offer Scotland. Not sure I have heard anything that seriously resonates with me and has me saying “WOW, if only our government had come up with that!”.

As far as visions are concerned let me be more specific on just one aspect, and there are many, and talk about Scottish currency. We have a situation where, if independence is achieved, Scotland no longer has the Pound, nor does it have the Euro. I hear nothing about this horrendous state of affairs but toxic mud slinging and vague innuendo. Hardly a responsible political position to adopt.

For me, this state of affairs offers a ‘once in a lifetime’ opportunity for a country to opt out of the debt creating international banking cartel that is now bringing the world to its knees through ever increasing oceans of debt. Scotland has a gift here, with independence, to begin creating its own ‘debt free’ money. Suddenly it can rid itself of shackles that will eventually enable its people to no longer pay personal income tax, or at the worst just a nominal rate of tax, fund an only dreamt about health service and an education system the envy of the world.

How liberating would that be as a beacon to countries around the world to see the possibilities this emancipation offers. What pride the Scottish people would get from such a move and what a powerful reason for seeking independence.

It is with political vision and lateral thinking such as this that the people would come to demand independence, and businesses would see a leadership capable of creating a new range of business opportunities. Instead we have major businesses talking openly about preparing to move out of Scotland if there is a ‘Yes’ vote. They are not stupid and can see that the political motivation and thinking is vague, focussing upon power rather than the development of a country and its people.

I have no personal gripe with Alex Salmond. He is endemic of a breed of politician the world over who are enticed by the trappings of power in this new global environment and seek it at any price. Independence is a state of being not a political goal, unless supported by creative visions of future benefits to the country and its people.

If the vote is ‘No’ it is not a time of back slapping in Westminster, nor a time for politicians to return to sitting on their laurels. Alex Salmond has made people think about a new political environment, ill thought out though it may be.

The writing is on the wall and we the voters should be deciding just how much longer we want the current status quo to continue. We should be calling for new leadership that can lay out a vision of the future that motivates us back into the ballot boxes. Nothing else will do anymore . . . and we are so worth it!

Thinking from his book: Global Magna Carta. Returning Power to the 99% . . . If They Want It! By J T Coombes 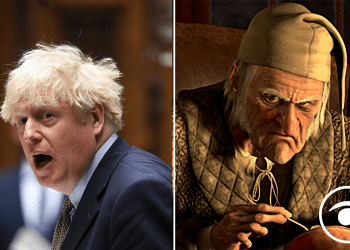