“In the face of the rising tide of Covid infections, can we have a debate on the death of democracy in the mother of parliaments?" 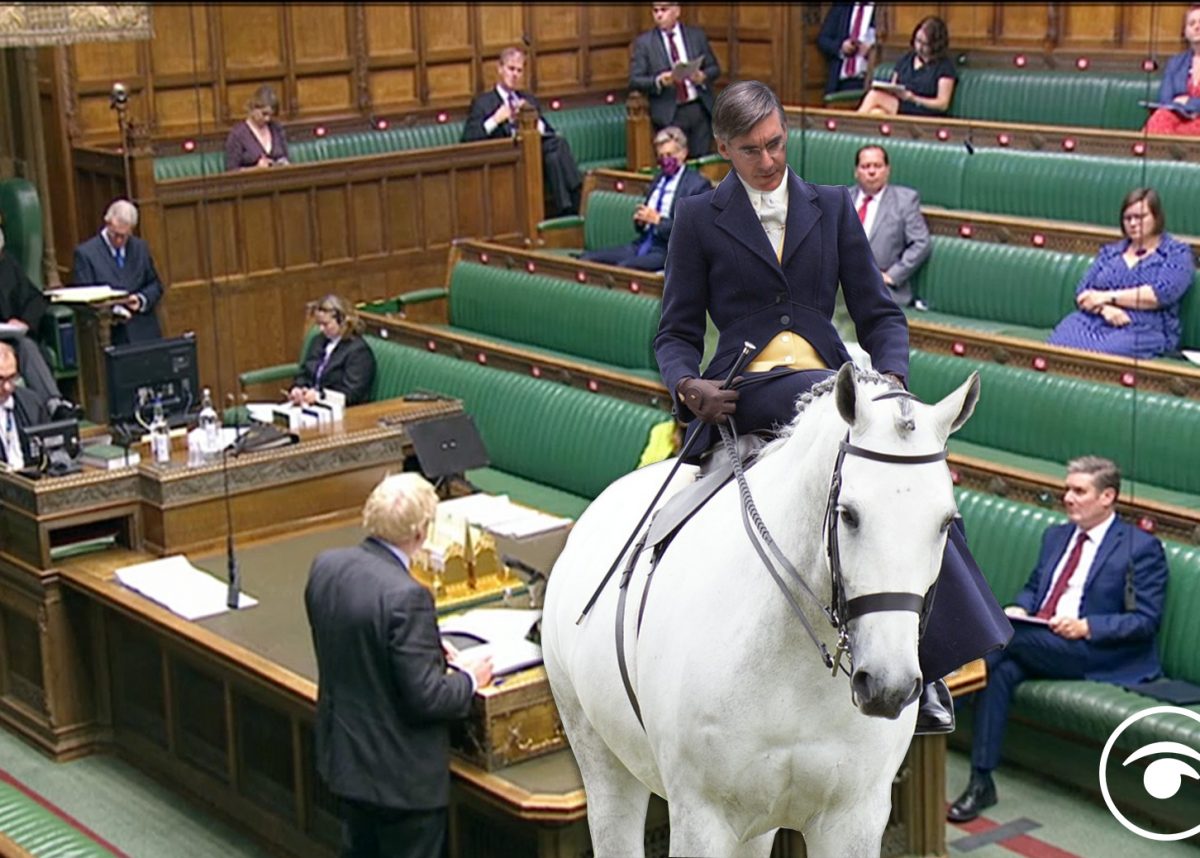 Jacob Rees-Mogg has been slammed by his fellow MPs for pushing for MPs to physically attend Parliament.

MPs have a “duty” to attend Parliament in person despite new Covid-19 restrictions across the country, according to a senior Government minister.

She asked for a debate on the “death of democracy” in Parliament before telling the minister to “get off his high horse” and remove restrictions on virtual participation.

Under existing arrangements, MP numbers in the chamber are limited to 50 to comply with social distancing rules.

More of them can contribute via Zoom although these arrangements are only in place for certain parts of the Commons business and not main debates on legislation.

Speaking in the Commons, Mr Rees-Mogg said: “We have a duty to be here doing our business.

“It is unquestionably the case that democratic scrutiny is essential even during the pandemic.

“We have to be here holding the Government to account, asking questions, getting answers, legislating, ensuring that statutory instruments of national significance are debated on the floor of this House so that our constituents are represented thoroughly and that questions are asked and we seek redress of grievance for the people whom we seek to represent.

His comments came as shadow Commons leader Valerie Vaz said: “We are entering a really difficult phase – as we speak people are isolating and honourable members are doing the right thing by staying in their constituencies.

“The leader has actually scheduled two debates on Covid-19 – now could I ask him again if we could return to hybrid voting and the remote Parliament? This is a fast-moving situation and people actually have to be very careful.”

Tory Dame Cheryl, who appeared via Zoom, also told Mr Rees-Mogg: “Despite having the technology, elected MPs who, for valid medical or other reasons, cannot attend Parliament, are denied the right to participate remotely in proceedings other than the questions, statements and select committees that colleagues have mentioned.

“However, it’s good enough for the unelected members of the Lords who are able to use remote facilities to participate in debate, and so a vital part of democracy is currently being denied to elected MPs.

“In the face of the rising tide of Covid infections, can we have a debate on the death of democracy in the mother of parliaments?

“Or will (Mr Rees-Mogg) now get off his high horse and remove this restriction which has resulted in the discriminatory silencing of the voices of so many of his colleagues, leaving them unable to perform their scrutiny function?”

“She is a much respected member of this House.

“But the truth is that democracy has not died; it is thriving because we are holding our debates properly.

“And (Dame Cheryl) does take part, she is taking part now in interrogative proceedings which is an exception to our normal course of businesses, but debates do not work without interventions.”

He added: “As regards the House of Lords, the other place, their remote voting system went down and they had to do it all over again. We cannot have systems that fail, whereas when we are here in person the debates work, the legislation is challenged and democracy is upheld.”

SNP Commons spokesman Tommy Sheppard accused ministers of a “vain attempt at normality” by having MPs physically participating in parliament.

Mr Rees-Mogg said it was necessary for Parliament to sit virtually earlier in the year, adding: “But during remote proceedings it became clear that when working from home MPs were not able to perform their constitutional role as effectively.”

SNP chief whip Patrick Grady countered: “There’s a growing proportion of members who simply can’t take part and they’d be able to if they switched on virtual participation in debates and those who wanted to come would be able to.”