On the bright side, a border in Kent means Nigel Farage is now French. 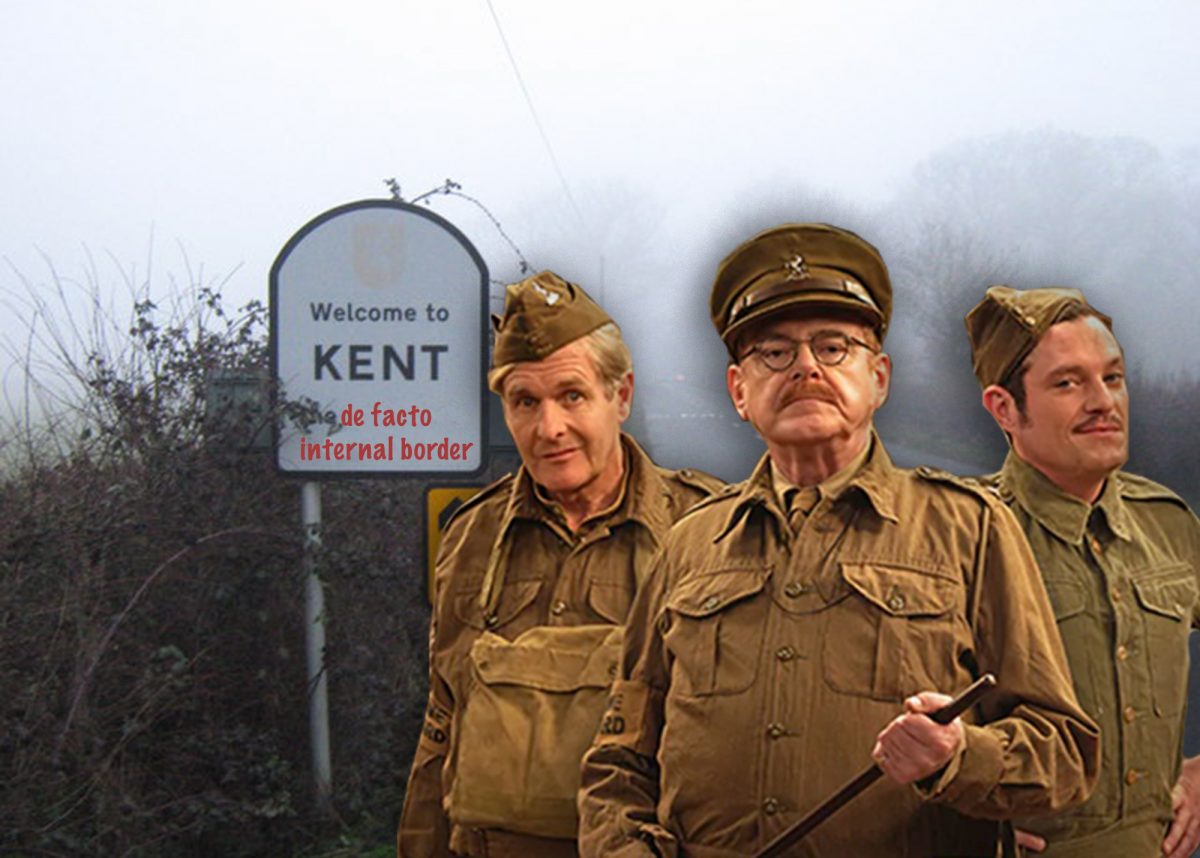 The government has been roundly mocked after it was revealed that its promise to “take back control of our borders” actually means just putting a new border up in Kent.

Michael Gove announced today that a ‘Kent-access permit’ would be put in place to prevent blocks at the Channel after Brexit.

Hauliers reacted angrily earlier today after the Chancellor of the Duchy of Lancaster warned of 7,000-truck-long queues in Kent if they fail to prepare for the end of the Brexit transition period.

People on social media also seemed dismayed with the government’s solution to the border.

If there is to be a border with Kent, it should be drawn with a ruler by a brown guy who has never been there

This is a total failure of government isn’t it? We have left the EU, so this is nothing to do with Brexit. It’s a government so incompetent that in the middle of a pandemic they’ve got themselves into a position where they have to build a border around Kent. https://t.co/B0aKcsarP6

Ok hear me out, if there's now a de facto border in Kent then Farage is now French.

Passport to Kent: The Vote Lie Government’s plastic patriots erecting an internal border in England is crazy evidence that Brexit’s an expensive folly.

Related: PMQs – Johnson’s offer of hugs rejected for shrugs as public not taken for mugs