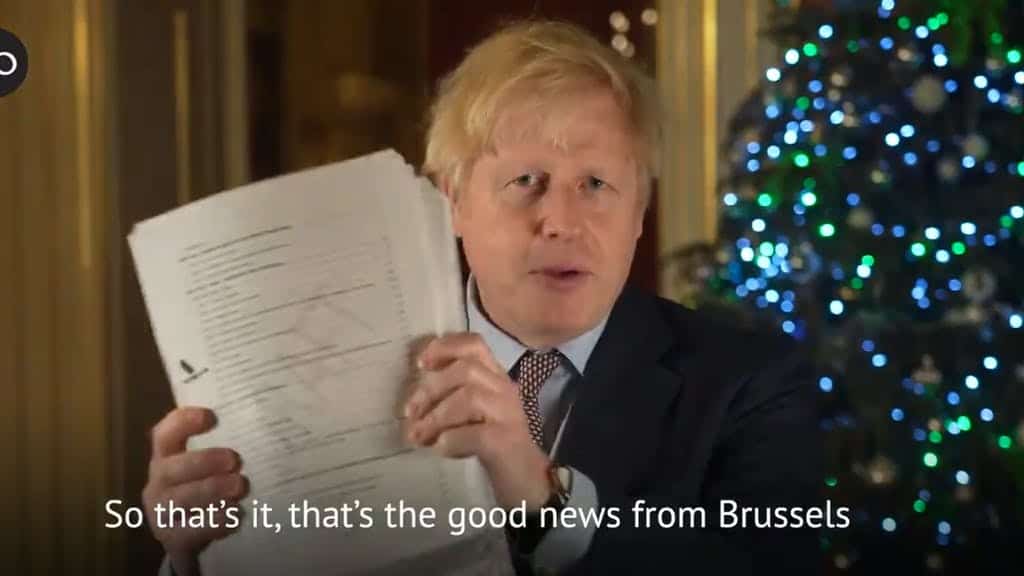 Boris Johnson has used a festive message to the nation to urge people to read the new Brexit trade deal after Christmas lunch on Friday.

The Prime Minister posted a video on Twitter in which he brandished the document, which has not been released in full yet, and at one point punched the air with enthusiasm at its contents.

Mr Johnson said: “Tonight, on Christmas Eve, I have a small present for anyone who may be looking for something to read in that sleepy post-Christmas lunch moment, and here it is, tidings, glad tidings of great joy because this is a deal.

I would like to wish everyone a very Merry Christmas. pic.twitter.com/DofRkb4Ivc

“A deal to give certainty to business, travellers, and all investors in our country from January 1. A deal with our friends and partners in the EU.

“And I believe it will be the basis of a happy and successful and stable partnership with our friends in the EU for years to come.

“So, that’s it, that’s the good news from Brussels, now for the sprouts, and a happy Christmas to you all.”

Before posting the video, Mr Johnson hailed the deal as a new beginning after securing the agreement before the UK’s final break with Brussels on New Year’s Eve.

But Labour leader Sir Keir Starmer branded it a “thin” deal – though he said his party would back it in a vote, which is expected to take place in the Commons next week.

Reaction elsewhere has hardly been complementary. We’ve rounded up the best of it below:

At the risk of repeating myself it’s cost the country £200bn, robbed British citizens of free movement, stripped our youth of the enrichment of Erasmus & made every one but your millionaire chums poorer for years to come. That’s some “gift” @BorisJohnson https://t.co/5exbgQLQv6

Well, in that case, I'd like to return it.

Boris Johnson is fond of telling us of his expertise in the Greek classics. Yesterday he said that Brexit is his Christmas present to the people. Let me remind him then of the words of that tragedian of Ancient Greece, Euripides:

The gifts of a bad man bring no good with them.

This is the shittest Christmas gift I've ever received, and my brother once gave me a toilet brush.https://t.co/d7ADuaKNGo 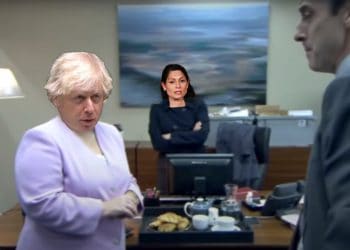