By Oliver Ward Since Kim Jong-un came to power in the final days of 2011 he hasn´t left North Korea, however there are strong indications he may be preparing to leave the peninsula at the start of May. Russian Foreign Minister, Sergey Lavrov has suggested there are “positive signs” that he will attend a ceremony […]

Since Kim Jong-un came to power in the final days of 2011 he hasn´t left North Korea, however there are strong indications he may be preparing to leave the peninsula at the start of May. Russian Foreign Minister, Sergey Lavrov has suggested there are “positive signs” that he will attend a ceremony in Russia commemorating the end of WWII  on May 8th.

This is the latest in a string of moves dubbed “Putin´s Pivot” which has seen Putin turn his head east and look to reinstate Soviet era spheres of influence and strengthen ties with Asia. Putin needs to reduce the trade deficit created by the sanctions imposed by the west in the wake of the Ukraine crisis and is seeking to do so by increasing trade and collaboration with the eastern markets.

He recently negotiated a gas deal with China thought to be worth $400 million, and is investing in construction deals and investment with Pyongyang. Ties with China are essential to avoid economic isolation and continued export into foreign markets, however it is the increased courting of North Korea which could pose more of a problem. The economy of China is still too dependent on American markets to seriously pose a threat to the west, but North Korea would be Putin´s perfect ally. Having an ally like North Korea would create a buffer zone between Russian soil and American allied South Korea and Japan, and a nation which is vocal in its anti Americanisms and which sporadically threatens the west with violence and unpredictable nuclear arms tests is just an added bonus.

An alliance also represents the opportunity to reach new energy markets for Putin. North Korea and South Korea have been divided since the unfinished Korean war in 1953, however Putin has invited both Kim Jong-un and South Korean president Park Geun-hye to the celebrations in May. If the two leaders were to improve inter Korean relations this would help Putin really consolidate the region. There are already talks in the very early stages about a pipeline and railway going through North Korea to connect the South of the peninsula with Russia. Previously all plans have failed due to poor inter Korean relations, but now Putin is looking for ways to reduce the trade deficit in Russia and wants to expand into new markets and his gas-filled tentacles might just find their way into South Korea yet.

Should Park Geun-hye decide to attend the ceremony it would drastically undermine Washington, particularly after Ben Rhodes called for “one voice” among allies, however there are people in South Korea who believe it would be useful. They believe it would prevent another Russia, China and North Korea vs the US, South Korea and Japan dichotomy from forming. But this is not 1950, and the paradigms have moved. Sino-North Korean relations are at a post cold war low. Xi Jinping has spoken out against the isolated nation´s testing of long-range missiles, the nuclear tests and then the execution of Jang Sung-thaek after he developed business links with China. Xi even visited Seoul before Pyongyang, making him the first Chinese leader to do so.

The relationship between Moscow and Pyongyang was inevitably going to thaw in the aftermath of Ukraine as both nations are subject to western economic sanctions and seek to establish a mutually beneficial relationship but now the ball is in Park Geun-hye´s court as Putin and Obama´s eyes are on her and Putin eagerly awaits her RSVP. 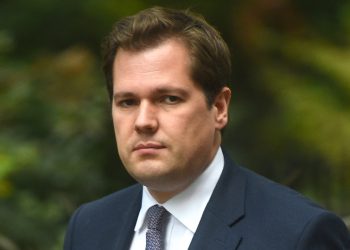