"Should we never have another general election? Do we never play another World Cup? Seriously! That is just no argument whatsoever". 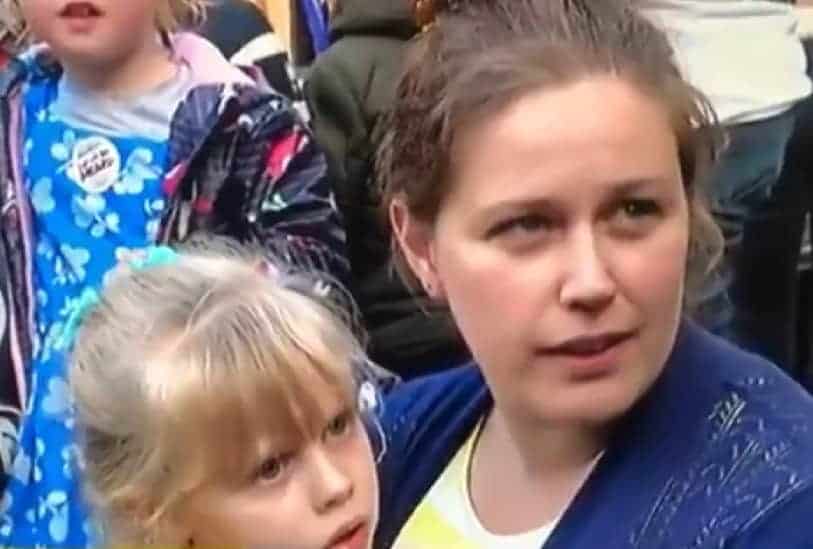 A protester at this weekend’s march in London has been credited for a “brilliant demolition” of arguments against a confirmatory referendum.

Speaking to a Sky News correspondent with her child on her lap she reacted furiously to the question of whether she would “just keep having referendums until you get what you want”.

She said: “Can I put it back to you – should we never have another general election?

“Should we have left who happened in 2017 on the door?

“Do we never play another World Cup?

“Seriously! That is just no argument whatsoever.

“Democracy is an ongoing process, it’s not a one-off event.

“It happens and it continues to happen, and when we know more we should be asked again”.

Absolutely brilliant demolition of the arguments against a confirmatory referendum from Rachel in Parliament Square. pic.twitter.com/NtS5vvJvf9

The viral video has been making the rounds on social media following a day of protests in London.

Star Trek actor Sir Patrick Stewart praised a crowd for “transforming” British politics, after large numbers of people took to the streets to demand a second referendum on Brexit.

He was joined by other celebrities and politicians, including Sandy Toksvig, and Labour’s shadow cabinet speaking at the People’s Vote rally in Parliament Square.

Sir Patrick said the crowd has proven a second referendum was not the “pipe dream” that opponents have described it as.

He said: “You haven’t just filled a nice bar in north London, you have taken over an entire city.

“You haven’t just impacted the Brexit debate, you have transformed British politics.”

“Nothing democratic” about the 2016 referendum

Sir Patrick added there was “nothing democratic” about the 2016 referendum.

“People weren’t just misled, they were lied to,” he said.

Related: Labour poised to table amendment calling for a referendum next week