The home secretary escalated her language days later, despite fears it could increase violence against lawyers. 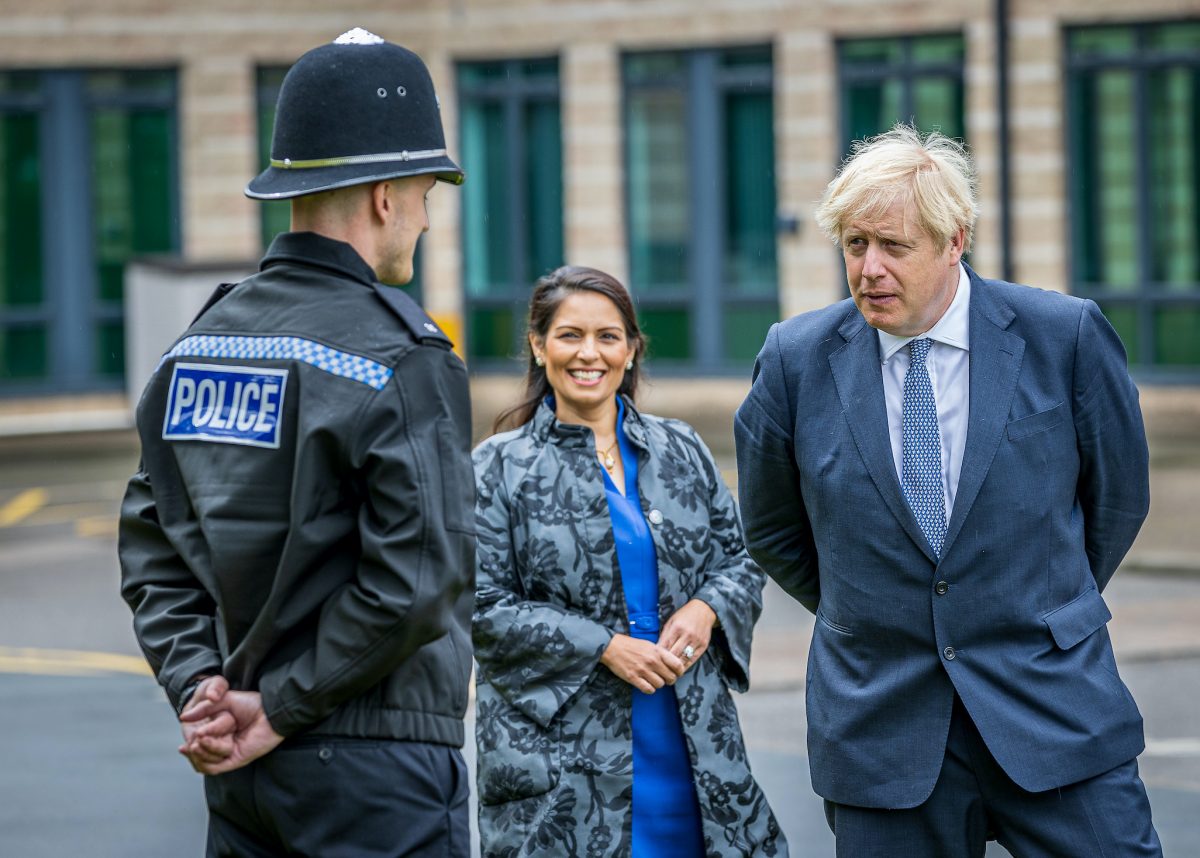 Lord chancellor Robert Buckland and attorney general Suella Braverman both intervened after the attack, the Observer revealed, to tell Patel that her targeting of the legal profession had already inspired an attack that could have killed a solicitor.

Both reportedly asked Patel to stop her attacks on the legal professions, warning her rhetoric could lead to more violence after the incident on 7 September, when a man armed with a “large, heavy duty knife” entered a London law firm and embarked on a “racist, violent attack” that injured a staff member.

But Patel ignored the pleas of her colleagues and, in her speech to the Tory party conference on 4 October, ramped up her targeting of “do-gooders” and “lefty lawyers”. Boris Johnson would go further two days later, claiming that the criminal justice system was “being hamstrung by lefty human rights lawyers”.

The paper cites legal sources who confirmed that Buckland and Braverman first requested that Patel desist two days after the knife attack, after officials from the Bar Council and Law Society had got in touch to pass on their concerns.

“The message was please help us, this can’t go on. Speak to the home secretary and tell her not to keep going with this because it’s putting people’s lives at risk. They also specifically told the Home Office that this is really serious,” a source told the Observer.

Buckland is believed to be particularly put out by Patel’s attacks, telling a Law Society event last week that “no one should be vilified for doing their job, whether we be public servants or professionals in private practice”.

He added: “Lawyers play an important role in upholding the law, representing their clients – and their sometimes political views – and ensuring that people have access to justice. I, and this government, are absolutely clear that any form of violence or abuse against lawyers is utterly unacceptable.”

The law firm attack came just days after Patel claimed that “activist lawyers” were frustrating efforts to remove migrants. “Responsibility and accountability for this attack, in the eyes of this firm, lies squarely at the feet of Priti Patel,” the firm said.

A 28-year-old man has been charged with possession of, and making threats with, a bladed article in a public place; racially aggravated public disorder; assault; and making threats to kill in connection with the 7 September attack.