Before the referendum Vote Leave was accused of "stoking the fires of prejudice" over Turkey's accession to the EU. 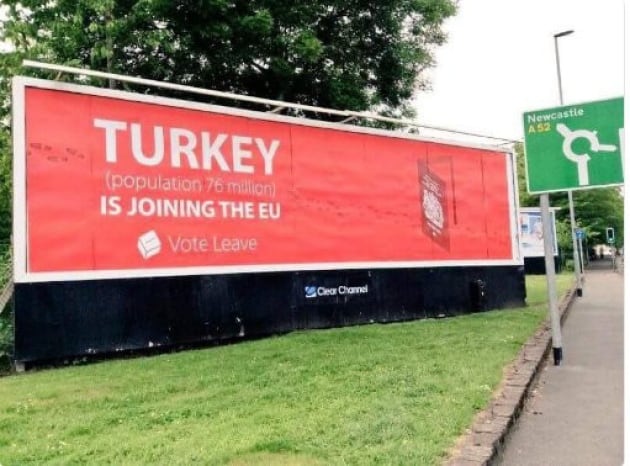 A free trade agreement with Turkey could grant special immigration status to many of its citizens, according to a Financial Times report.

The deal will cover manufactured goods, agriculture, and services and is closed to being finalised after talks gained speed following Britain’s exit from the EU.

“We have been negotiating two separate agreements, one is the FTA [free trade agreement], one is similar to the Ankara Agreement,” he said, referring to a visa scheme pact for Turkish businesspeople predating Britain joining the EU.

In 2016, ahead of the referendum on Britain’s EU membership, the official campaign to Leave – fronted by Michael Gove – was accused of “stoking the fires of prejudice” after it claimed that continued membership would put Britons in danger as a result of a high level of criminality among Turkish citizens.

In a potentially incendiary intervention coordinated statements from a government minister and Vote Leave not only claimed that Turkey was about to join the EU, but that its citizens posed a threat to national security, as well as to public services.

Vote Leave said: “Since the birthrate in Turkey is so high, we can expect to see an additional million people added to the UK population from Turkey alone within eight years.

“This will not only increase the strain on Britain’s public services, but it will also create a number of threats to UK security. Crime is far higher in Turkey than the UK. Gun ownership is also more widespread. Because of the EU’s free movement laws, the government will not be able to exclude Turkish criminals from entering the UK.”

Boris Johnson denied contributing to the hysteria about Turkey during the EU referendum campaign – despite evidence to the contrary.

The former foreign secretary was put on the spot by Channel 4 journalist Michael Crick while answering questions after a speech on Brexit in Staffordshire.

He responded: “I didn’t say anything about Turkey in the referendum … Since I made no remarks, I can’t disown them.”

However, Johnson was a signatory to an open letter to then-prime minister David Cameron a week before the referendum vote in June 2016 stating that it was EU policy that Turkey should join, and demanding to know if Britain will veto its accession and block plans for visa-free travel for its citizens.

“I didn’t say anything about Turkey in the referendum.”

Boris Johnson denies making claims about Turkey entering the EU during the Vote Leave campaign – even though Channel 4 News’ @FactCheck has found evidence to the contrary. pic.twitter.com/jsVjxztK7g