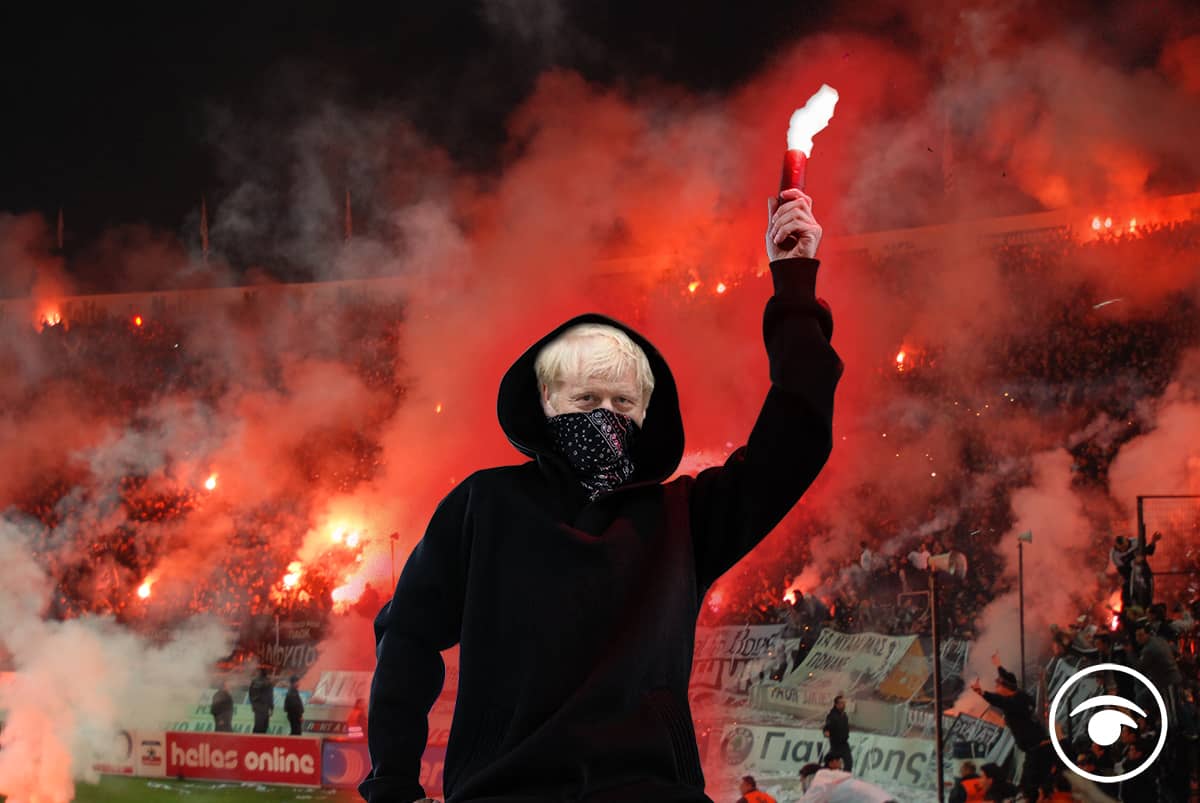 On matchdays (remember them?) Millwall fans revel in chanting “no one likes us, and we don’t care.”

It increasingly feels like Boris Johnson is governing from the Millwall playbook, except rather than seeking out a fight with the odd hooligan here and there, he is going after anyone and everyone.

“Come and have a go if you think you’re hard enough,” the Tories taunt, squaring up to the entire nation at a time when it’s already lying groggy on the canvas.

They are marauding around the country bashing anyone who dares stand up to them, even their own supporters, but who is in this firm?

Well, it’s thin gruel: Johnson, Cummings, Gove, Hancock, Rees-Mogg, Raab and a few of the most nutty of nuttiest Brexiteers. They have cast themselves adrift from society and are lashing out.

Today’s PMQs was no different. The PM was asked about TfL funding issues. He said it was left in a good state by the previous Mayor of London (himself). The problem has been entirely caused by Sadiq Khan’s demagogic policies, he lied.

Before the pandemic, TfL had cash reserves of £2.2 billion. Coronavirus has ruined the capital’s transport finances. So by that rationale we can hold Johnson personally responsible for the economic downturn due to the pandemic?

When Johnson swings haymakers at Khan it only reminds the public of unbuilt garden bridges, useless water cannons and nipping off on his hols while London rioted. He shied away from that mob.

However, he has charged into the North and thrown his weight around – but Andy Burnham and Manchester stood their ground and didn’t run. So instead he went door to door offering boroughs whatever they can get away with.

Today he listed the areas of the Tory MPs who had taken the bung. As he read them out I half expected Labour MPs to scream out scab after each one.

He had flexed his muscles in Manchester and tried to prove his strength by refusing to give them £65 million they asked for. Sixty million pounds was his final offer, and this floppy haired charlatan was not for turning. This was his red line, scrawled in marker pen across his newly-acquired Red Wall.

But who else could he beat up today? Johnson was asked if he could feed hungry children by extending free school meals. Of course not – it’s easier to give malnourished kids a good kicking.

Starmer asked how would you get out of Tier 3 once you’re in it. The short and long answer is you can’t. If you need food you can always have a Hunger Games style battle with the next county along.

But by pitting Sheffield against Manchester, Yorkshire against Lancashire, he hasn’t spread division. He has finally put the War of the Roses to bed. The two fiefdoms are now united in hatred of a common enemy.

At the very moment the country most needs to pull together, we have a PM determined to do everything he can to divide and conquer.

He is taking us back to the dark days of the 1980s, when football hooligans and Thatcher ran riot. The former only gave you bruises – but the latter left wounds that have never healed.