Johnson replied that he expects everyone to obey the law - even though he is planning to break it himself. It was beyond parody. 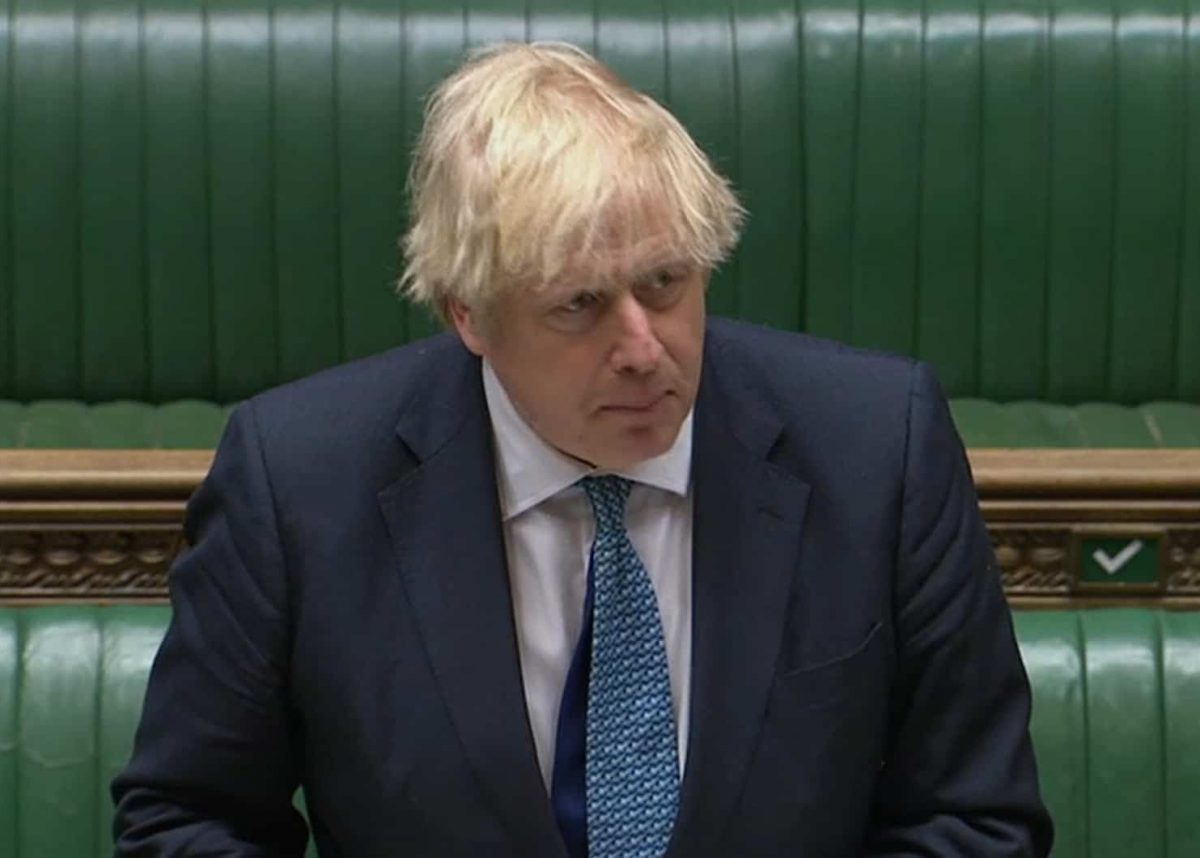 To kick off, this headline probably isn’t true in a “limited and specific way”. Even in our plastic plutocracy there are other states out there worse than ours – the United Arab Emirates, who we sell loads of weapons to, for one.

But now you can simply announce you have broken the law, an exaggerated headline is no longer a moral conundrum. I have just joined the race to the bottom, which was begun by the actions at the top.

The first question at this week’s PMQs addressed the topic on everyone’s lips. Munira Wilson of the Liberal Democrats (remember them?) asked Boris Johnson why the public should feel obliged to obey the law if the government itself does not do so.

Johnson replied that he expects everyone to obey the law – even though he is planning to break it himself. It was beyond parody.

It wasn’t even an open goal for Sir Keir Starmer, the Labour leader. The Tories had effectively charged towards their own net, fired a sack of balls into the far-right corner and walked off the field defeated. But Sir Keir declined to mention it today – it seems the internal market of the Labour Party has its own obstacles to overcome.

But law and order remained a theme regardless, especially as Dame Cheryl Gillan asked what actions will be taken against Extinction Rebellion. The PM said he will “look at what we can do under public order and the law on nuisance”.

Extinction Rebellion mainly glue themselves to stuff and dress up like they caught the shrapnel from an exploding am-dram wardrobe. As crimes go, their biggest offences tend to be against fashion rather than the rule of law.

Then Alistair Carmichael, again of the Lib Dems, wondered if some Downing Street’s flouting of the law had given the thumbs up for Scottish nationalists to hold a wildcat referendum. Is that now acceptable? Assuming I can pull together seven friends (not a certainty sadly) to have some drinks at my flat next week will I do it? Will we all?

Instead of focusing on the law, Sir Keir used all his questions to focus on the NHS Test and Trace. With shades of his greybearded predecessor, Starmer said he has spoken to a London mother yesterday who tried to get a test for her daughter. By lunchtime she was told that one of the nearest test centres was Inverness. By the evening she was told Swansea, and quite a few others places in between. Who, we wonder, would be reckless enough to drive across the entire country with coronavirus symptoms to protect their family?

It became apparent that decisions affecting the whole country are being announced in the press rather than in parliament, and Sir Lindsay Hoyle was unimpressed that ITV’s Robert Peston had revealed that socialising would be limited to groups of 6. Expect Arg from TOWIE to release the details of the Autumn Statement on TikTok.

Johnson appeared slightly more grown-up than usual, which isn’t a great leap forward, until the end of the last question from Sir Keir. In response Johnson lazily accused Starmer of backing  “crusty lefties, teaching unions & anarchists”, rather than answering the question, as usual.

It quickly became apparent that he wasn’t being sensible, he was the walking dead, an outlaw riddled with gunshot wounds at High Noon, with his last bullet left ricocheting into his torso.

His closing litany of abuse wasn’t his magnum opus – it was his death rattle.