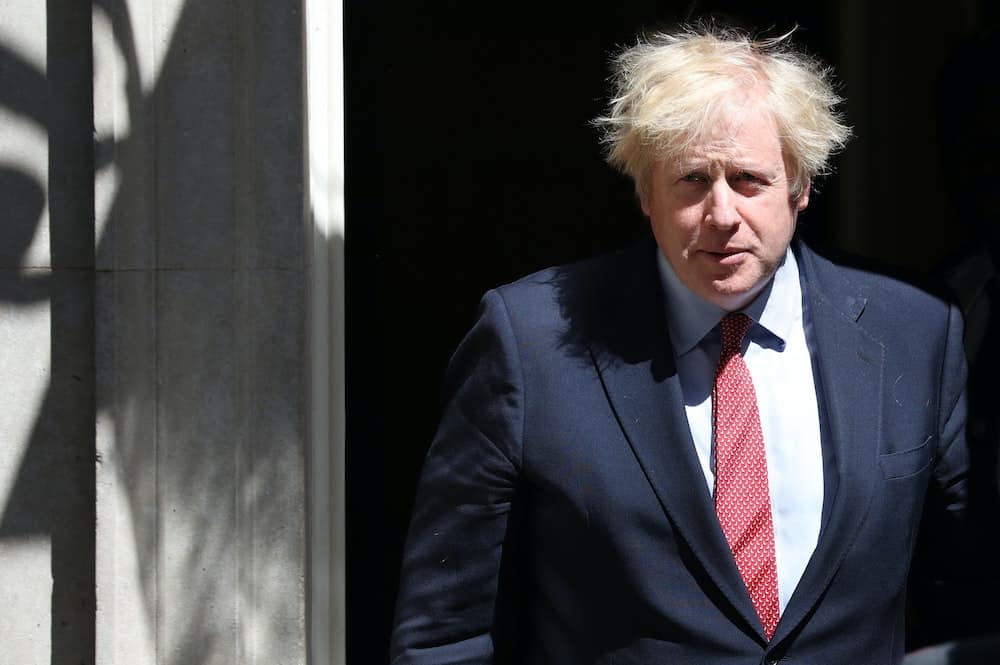 Boris Johnson was bullish today – he had to be.

However, despite the reintroduction of some of his braying sycophants on the green benches behind him, it is brutally clear that the Prime Minister can’t match Sir Keir Starmer on any intellectual level.

Today, during PMQs, Johnson himself accepted that sad fact, praising Sir Keir – a little sarcastically – for his “brilliant forensic mind”.

Believe it or not, it seems the Conservatives have come up with a plan – to dump the Labour leader in with all those other ‘experts’.

He clearly believes he has worked out Starmer’s blindspot – facts – without realising that it is actually one of his own.

Spurred on by the familiar supportive heckles from his own benches, the PM was noticeably more belligerent.

The atmosphere was much more fractious – it almost felt like the good old days, when the chamber was packed and the most important item on the agenda was Brexit.

At one point the speaker was forced to discipline Matt Hancock, who appeared to be defying physics by sitting up straight at the Prime Minister’s side despite not having a spine.

“Do you want to leave the chamber?” bellowed Sir Lindsay Hoyle, his gruff Lancashire grunt a far cry – in terms of gravitas and, well, everything else – from his diminutive predecessor in the chair.

Hancock continues to cover himself in glory in the chamber, attempting to shout down Sir Keir just weeks after criticising Labour’s Rosena Allin-Khan – a serving A&E doctor- for her “tone”.

The Health Secretary – whose usual look of incredulity presumably comes from being in a permanent sense of shock that he’s managed to rise to the top of British politics (echoed in households across the country) – seemed to retreat into the leather backed benches of the chamber at this public dressing down, made all the more potent by Sir Lindsay’s Adlington accent.

But back to business. Sir Keir wanted to know if the Government’s test, track and trace system would be ready and running by 1st June – when some schools may reopen. (Quick note; Parliament is just about to go into a two week recess).

The PM confirmed they would and even chucked in the 200,000 tests a day target will be hit as well for good measure. Buy one ludicrous promise, get another free. The Government’s motto now seems to be ‘if we believe it will happen, then it will happen.’

Starmer repeatedly asked about the care home crisis and whether a ‘protective ring’ had been put around care homes, or in fact old people had been callously shunted back from hospitals, potentially causing thousands of deaths.

In the event he dodged the care homes questions and said that nobody was sent home without seeing a clinician first – and you felt the axe of blame begin to fall on the NHS for deaths in care homes.

When the PM was asked about the surcharge for care workers and NHS staff from abroad not being scrapped but increased, Johnson didn’t budge. He told the house we need to raise money to save the NHS. This could be the first of many times the poorest will be called upon to bail out the country.

Starmer pointed out it would take a care worker 70 hours of work to pay off the fee. Caring for someone other than himself for 70 hours for a piffling 600 quid must be a totally alien concept for the PM.

Tapping into the Brexit spirit once again, Johnson revived some of the mantra and simply called for Starmer to offer more support and positivity, stop being so negative, help me take back control.

However, as Sir Keir pointed out, we lost control a long time ago, there is nothing positive that can be said about over 34,000 deaths.

After the session Rees-Mogg demanded MPs come back to work, partly as he is a relic of outdated institutions, nanny isn’t allowed in, and he never gets an invite to his Tory mates’ Zoom quizzes.

However, you feel he wants more Tories in Parliament to help shout down the impressive Starmer who, when the House next sits in two weeks, will be demanding to know why we still can’t test, track and trace people – and why schools were sent back without the proper safety nets in place.

I’m not predicting this off the top of my head – I’m following the (political) science.

Behind the MP hole

The virtual debate continued, but behind the MP hole was a noticeable absence of books that have become media fodder over the last few weeks.

They are getting wise to it, or perhaps really are that dull, but there were more whitewashes in their home offices than in the entire Chilcot report.

However, one paranoid question about the Chinese from Richard Drax (Con), gives me a chance to print his full name. Richard Grosvenor Plunkett-Ernle-Erle-Drax. A real man of the people.

And Ian Blackford (SNP), who had been so keen to show off his Hibernian memorabilia before swapping it out for a tartan curtain, has finally revealed that his desk has a panoramic view of a loch or a croft, or both maybe.

It’s literally the first time in history an SNP has tried to hide the true Scottish naturalism. 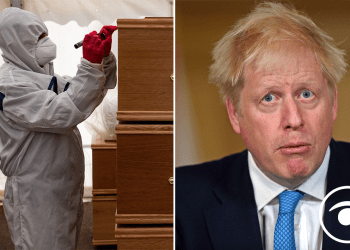