"I think it’s time we stopped our cringing embarrassment about our history, about our traditions, and about our culture, and we stopped this general fight of self-recrimination and wetness," the PM said. 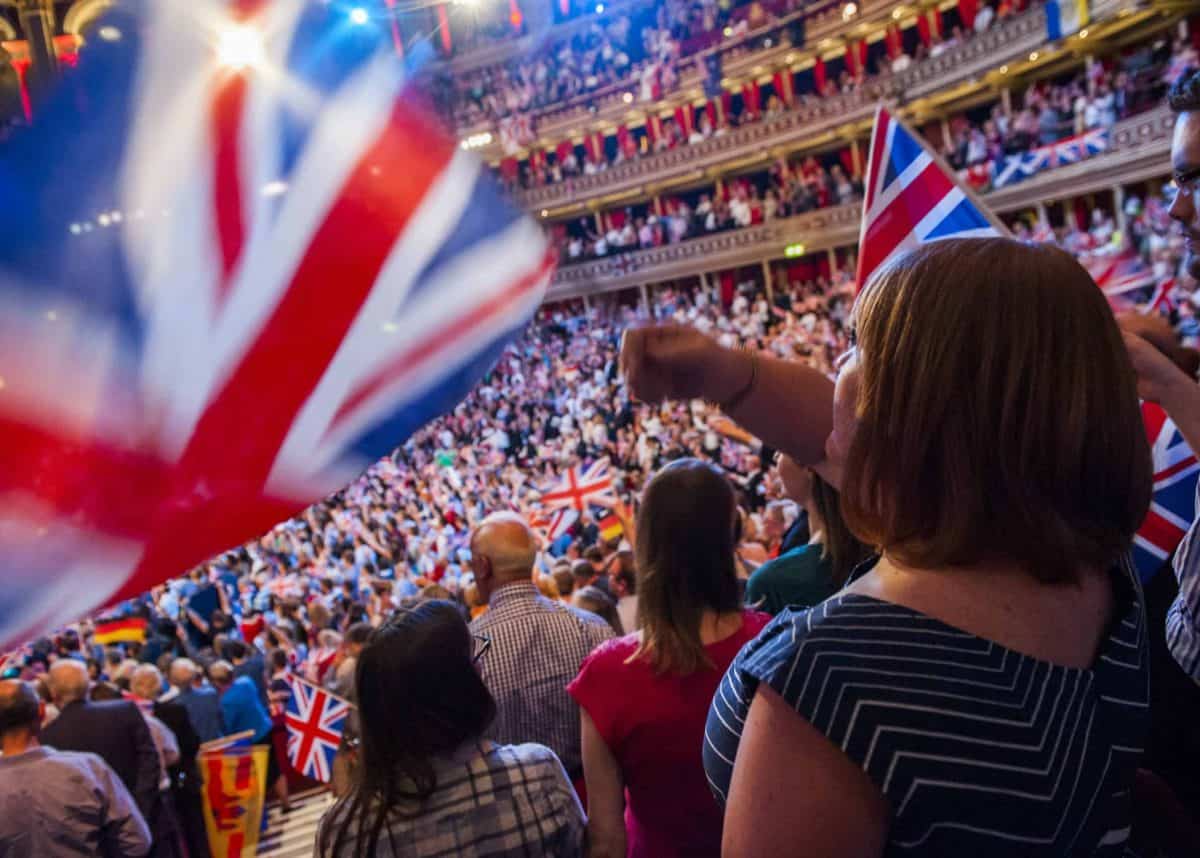 Boris Johnson has called for an end to Britain’s “cringing embarrassment about our history”, as the Rule Britannia! row rumbled on.

The BBC announced that it would strip lyrics from Last Night of the Proms staples like Land of Hope and Glory, after concerns were raised over their associations with slavery and colonialism.

During a visit to Devon on Tuesday, Johnson said: “I was gonna tweet about this, but I just want to say… if it is correct, which I cannot believe that it really is, but if it is correct, that the BBC is saying that they will not sing the words of Land Of Hope And Glory or Rule Britannia! as they traditionally do at the end of The Last Night of The Proms.

“I think it’s time we stopped our cringing embarrassment about our history, about our traditions, and about our culture, and we stopped this general fight of self-recrimination and wetness. I wanted to get that off my chest.”

Johnson’s comments came as Sir Keir Starmer appeared to side with No 10’s criticism of the BBC, defending the “pomp and pageantry” of the Proms as “a staple of British summer”.

A Labour spokesman said that “enjoying patriotic songs does not – and should not – present a barrier to examining our past and learning lessons from it.”

Due to coronavirus restrictions, there will be no flag-waving audience singing along at the Royal Albert Hall during the concert on 12 September.

Chi-chi Nwanoku – who runs the Chineke! Foundation, which provides opportunities for BAME classical musicians in the UK and Europe – said that songs like Rule Britannia! – with lyrics like “Britons never will be slaves” – were “offensive”.

“These songs are jingoistic echoes of empire and, depending on what side of the fence you’re sitting on, you either feel joyous, emboldened and patriotic and immediately identify with all the sentiments of it.

“For any conscious black person who is aware of their history, the empire and colonialism, for example, they will struggle to enjoy the patriotic jingoism of these songs.”

A Downing Street spokesman had previously said that Johnson believes in tackling the “substance” not the “symbols” of problems surrounding race and empire, following reports in the Sunday Times that Rule Britannia! and Land of Hope and Glory could face the axe.

Conservative politicians and the right-wing press have waded into a brewing culture war around the subject, with the Daily Mail branding the BBC’s decision to strip the songs of their lyrics for the broadcast a “surrender” on the front page of Tuesday’s paper.

Culture Secretary Oliver Dowden tweeted: “Rule Britannia! and Land of Hope and Glory are highlights of the Last Night of the Proms.

“I share concerns of many about their potential removal and have raised this with (the) BBC. Confident forward-looking nations don’t erase their history, they add to it.”

Business secretary Alok Sharma suggested the BBC use subtitles so viewers can sing along at home.

He told Times Radio: “We’ve heard the BBC’s position that they will maintain the traditions. Personally, I would like to see the lyrics sung and of course it is always possible to put lyrics up as subtitles on the screen so if people want to they can join in at home.”