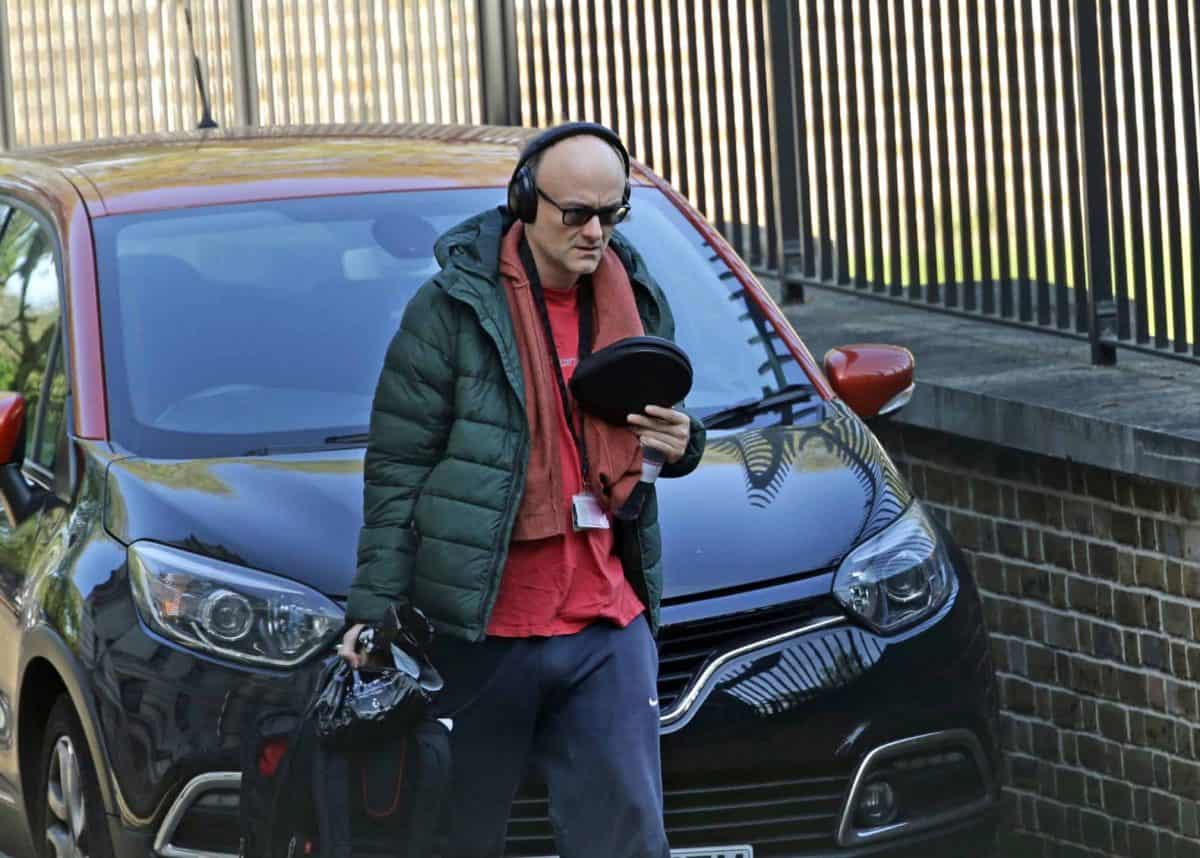 The Prime Minister is facing pressure to sack his closest aide after it emerged that he travelled to his parents’ home despite coronavirus-related restrictions.

Police have confirmed they attended a property in County Durham after allegations emerged that Boris Johnson’s chief adviser travelled more than 260-miles from his London home during the lockdown that his boss had just announced.

Political leaders have piled pressure on Mr Johnson to sack the 48-year-old strategist.

The matter is bound to irritate the public – praised by ministers and officials for its high compliance with the restrictions since they were brought in on March 23 – which faces another bank holiday weekend apart from family members.

The news comes as authorities managing beaches and beauty spots are bracing for a big influx of visitors expected to put social distancing rules under strain.

Following the easing of some lockdown measures last week, there are no restrictions on how far people can go to get to the countryside, National Parks and beaches in England.

But the authorities in many tourist hot spots are urging people to stay away.

With the Met Office forecasting that temperatures could reach highs of 26C on Monday, many people may be planning trips to the beach, with pictures of crowds flocking to beaches in Brighton and Southend in recent days sparking fears that guidance over remaining two metres apart is being ignored.

Questions also remain over whether Britons will be able to go on holiday this summer after Home Secretary Priti Patel announced plans, due to come into force on June 8, for travellers – including residents returning home from breaks – to quarantine for two weeks on their arrival into the UK.

Ms Patel, speaking at the Downing Street briefing on Friday, said the Government guidance continued to be that all but essential travel abroad was advised against.

The details of Mr Cummings’s Durham visit only added to scrutiny of No 10.

According to a joint investigation by the Daily Mirror and the Guardian, at the same time as the UK Government was instructing people to remain home – with fines in place for those contravening the rules – Mr Cummings decided to escape the capital.

He is said to have been present at his family home when police from Durham Constabulary turned up on March 31, following a call from someone reporting they had seen Mr Cummings in the area.

Durham police confirmed officers had spoken to the owners of an address after reports a person had travelled there from London.

A spokesman said: “On Tuesday, March 31, our officers were made aware of reports that an individual had travelled from London to Durham and was present at an address in the city.

“Officers made contact with the owners of that address who confirmed that the individual in question was present and was self-isolating in part of the house.

“In line with national policing guidance, officers explained to the family the arrangements around self-isolation guidelines and reiterated the appropriate advice around essential travel.”

Downing Street had previously confirmed Mr Cummings had started displaying coronavirus symptoms “over the weekend” of March 28 and 29.

The same day as police spoke with members of Mr Cummings’s family, his boss Mr Johnson was admitted to hospital with coronavirus, where he would later require treatment in intensive care.

According to the two papers, he was spotted a second time at the Durham property on April 5.

“He must resign or be sacked”

“He must resign or be sacked,” he added.

Sir Ed Davey, acting leader of the Liberal Democrats, called for Mr Cummings to quit over the allegations, while a spokesman for Labour said: “The British people do not expect there to be one rule for them and another rule for Dominic Cummings.”

But friends of Mr Cummings suggested he would be going nowhere.

One told the PA news agency: “He isn’t remotely bothered by this story, it’s more fake news from the Guardian.

“There is zero chance of him resigning.”

Related: 1 June too early for schools to reopen in England, say scientists