“Democratic processes are clearly at risk and it seems that the integrity of our elections is being deliberately undermined. Nothing could be more serious for our democracy.” 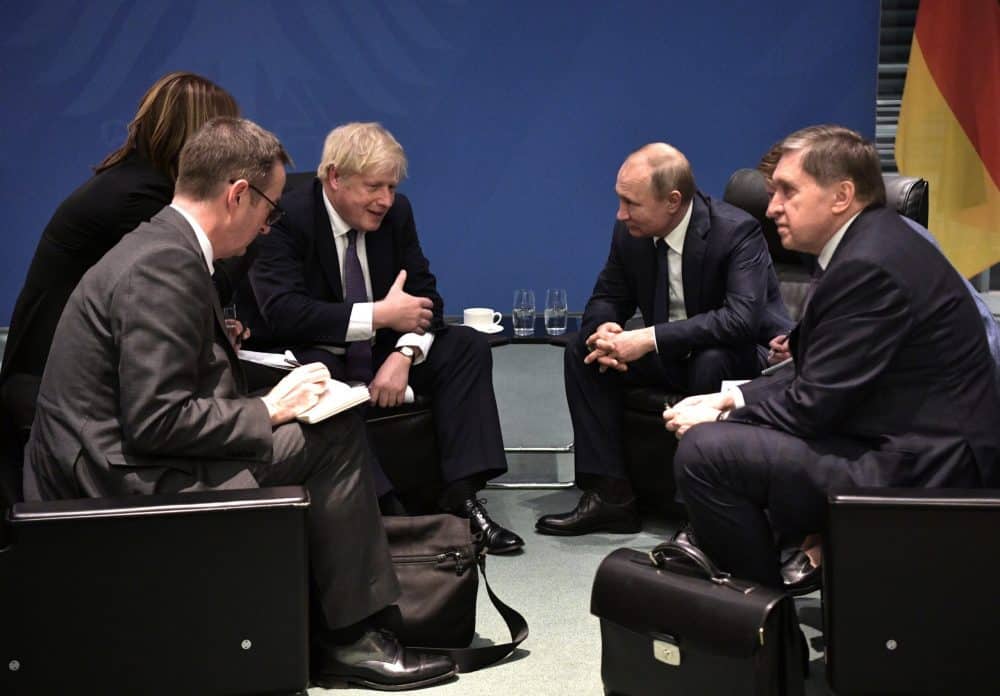 A group of MPs and peers are threatening legal action against the Government unless Boris Johnson orders an independent investigation into Russian interference in UK elections since 2016.

In a letter to Mr Johnson, MPs including the Green Party’s Caroline Lucas, Labour’s Chris Bryant and Baroness Wheatcroft, a Conservative peer until she resigned from the party last year, accuse the Prime Minister of a “lack of action” on the matter.

The group add that Mr Johnson’s refusal to launch an investigation is a breach of the European Convention on Human Rights, specifically the right to free elections, and that they will take him to court if he refuses to take what they say are essential steps to protect future elections.

The signatories demand that the Government implements the recommendations of Parliament’s Intelligence and Security Committee’s report into Russian interference, which was published in July after a nine-month delay.

The report found that the UK was “clearly a target for Russia’s disinformation campaigns and political influence operations” and said that an independent inquiry was necessary to protect British democracy.

But Mr Johnson has not yet accepted the request of the committee, which is now headed by former Tory MP Julian Lewis, who lost the whip over a “coup” which saw him installed into his position.

In their letter, the MPs and peers say the threat of legal action is a “last resort” given Mr Johnson’s refusal to acknowledge the national security implications of his failure to act.

The signatories have given the Prime Minister two weeks to respond to the letter.

Ms Lucas said: “Democratic processes are clearly at risk and it seems that the integrity of our elections is being deliberately undermined. Nothing could be more serious for our democracy.”

Lib Dem peer Lord Strasburger added: “The Prime Minister’s refusal to even ask our intelligence services what the Russians did to influence the referendum is a total dereliction of his duty to protect us all.”

Tessa Gregory, a human rights lawyer with Leigh Day who is representing the group, said that under the Human Rights Convention, countries had to not only ensure that free and democratic elections take place but that they do so under “conditions which will ensure the free expression of the opinion of the people in the choice of the legislature”.

The Citizens, a non-profit group backing the letter, has also launched a Gofundme to pay for the legal action.