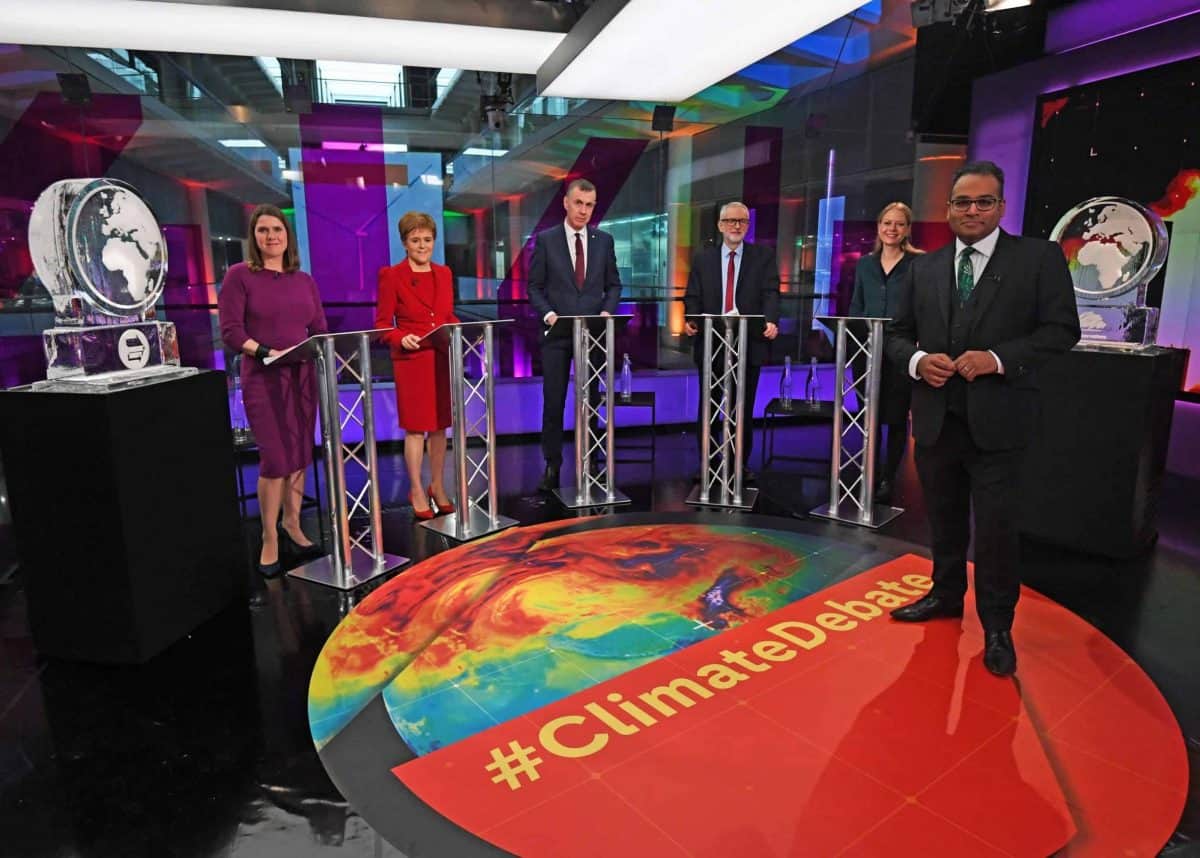 Labour has accused the Prime Minister of “trying to restrict the free press” by threatening Channel 4 and of “running scared” of scrutiny by not committing to a BBC interview with Andrew Neil.

A Tory source suggested the party may review Channel 4’s public service broadcasting position after it replaced the PM with an ice sculpture on Thursday evening when he refused to take part in a climate change debate.

The party also made a formal complaint to broadcasting watchdog Ofcom’s election committee over what it said was “a provocative partisan stunt, which would itself constitute making a political opinion in its own right”.

A Tory source told the Daily Telegraph: “If we are re-elected we will have to review Channel 4’s public service broadcasting obligations.”

But Channel 4 hit back, saying Mr Gove was not allowed to take part in the debate because it was for party leaders.

And Labour’s shadow culture secretary Tom Watson said it was “deeply concerning that a governing party would wish to restrict the free press”.

He added: “Decisions on granting, reviewing or revoking broadcasting licences are a matter for Ofcom.

“It is not for Government to seek to impose its will on an independent regulator.

“It is deeply concerning that a governing party would wish to restrict the free press.

“I’m urging you to call out this meddling and demand that whichever political party wins the next General Election, allows Ofcom to operate freely from political interference.”

Former Tory culture secretary Ed Vaizey added to the criticism, saying it is “not a sensible strategy for political parties to threaten broadcasters”.

Before the debate, the editor of Channel 4 News, Ben de Pear, tweeted a picture of Mr Gove and the Prime Minister’s father Stanley Johnson, who were both at the studio.

Rebecca Newsom, head of politics at Greenpeace UK, said: “Given how poorly Boris Johnson’s manifesto scored in our climate and nature ranking, it’s no surprise he refused to take part.

“This could have been an opportunity for him to set the record straight and commit to stronger policies.

“But running scared doesn’t just spark witty hashtags highlighting his cowardice, it demonstrates to voters a serious lack of leadership over a crisis that affects us all.”

Mr Johnson has also yet to agree to a slot for a head-to-head interview with Mr Neil on the BBC who has so far interviewed SNP leader Nicola Sturgeon and Labour leader Jeremy Corbyn.

Speaking to BBC Radio 4’s Today programme, he said: “The reason he is doing it is because he thinks, like you know his Bullingdon Club friends, that they’re above the rest of us.

“Because he knows that Andrew Neil will take him apart. He’s running scared. But even if he does it now, he’s played you because he pushing it later and later beyond the postal vote returns.”