The picture shows a fraction of the Nazi party turning away from a speech in parliament shortly after they became the second-largest party in the Reichstag. 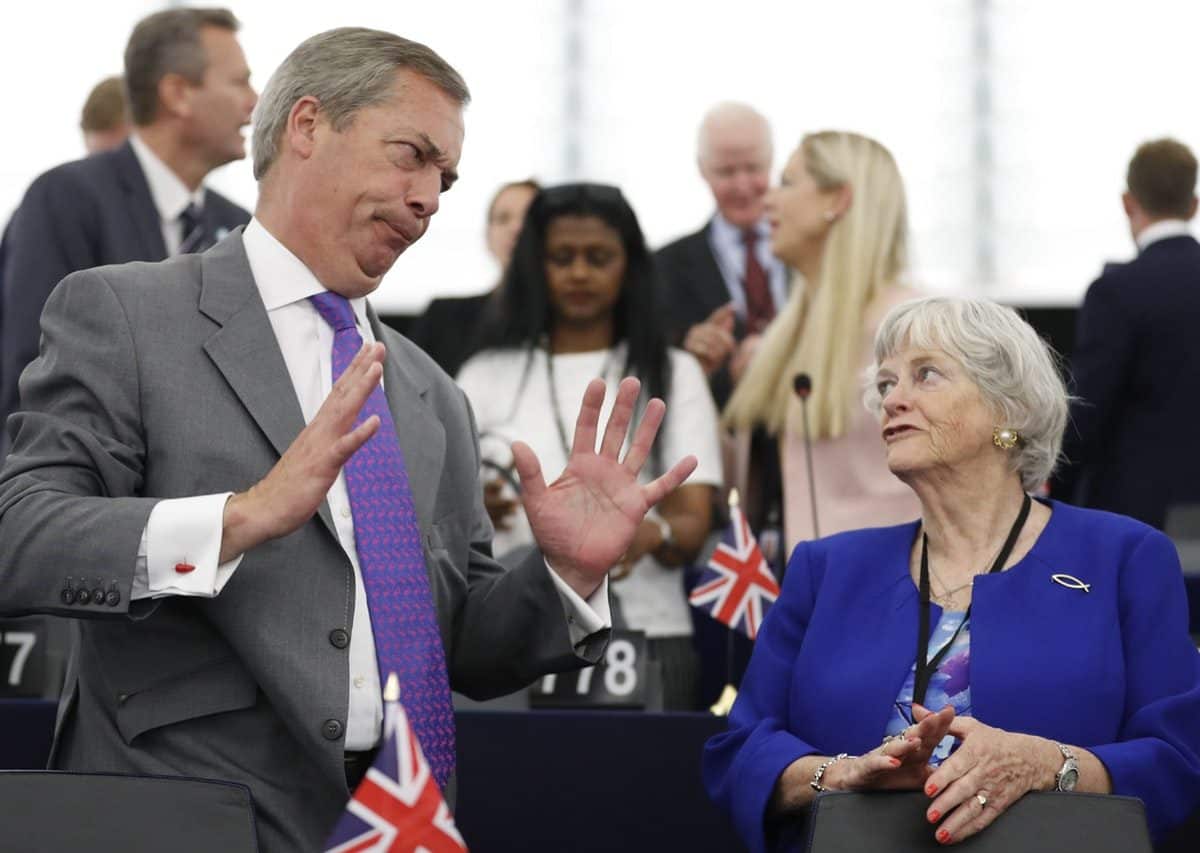 A picture of the Nazi Party turning their back on the German Reichstag in 1930 has gone viral after the Brexit Party pulled a similar stunt in the EU parliament yesterday.

Nigel Farage’s party marked the opening day of the new legislature in Strasbourg with a protest by turning away during a rendition of Ode To Joy.

Newly elected candidates including Ann Widdecombe and Annunziata Rees-Mogg performed the protest as representatives gathered for the first session since May’s European elections.

The Brexit Party leader said “I’m not showing respect to foreign anthems” as they mimicked similar action taken by UKIP MEPs at the start of the session in 2014.

And other parallels have also been drawn on social media too.

So I've been sent the link and it's 100% true – the NSDAP (Nazi party) did in 1926 turn its back on the Speaker of the Reichstag…… Nice role models Mr Farage pic.twitter.com/iDnuWLCicB

A picture of the Nazi Party turning their back on parliament in 1930 has been making the rounds on Twitter.

The picture shows a fraction of the party turning away from a speech by Dr. Loewenthal.

In the middle in front Joseph Goebbels writes with his body averted, clearly in a bid to stir up anti-democracy sentiment.

The Nazis won 18.3 per cent of the votes at the September 1930 Reichstag elections and became the second-largest party in parliament after the Social Democrats.

The elections changed the German political landscape by weakening the traditional nationalist parties, the DNVP and the DVP, leaving the Nazis as the chief alternative to the discredited Social Democrats and the Zentrum, whose leader, Heinrich Brüning, headed a weak minority government.