According to reports Douglas Ross met with Ruth Davison and senior members of the cabinet before Jackson Carlow quit - leading to accusations of a "carve up". 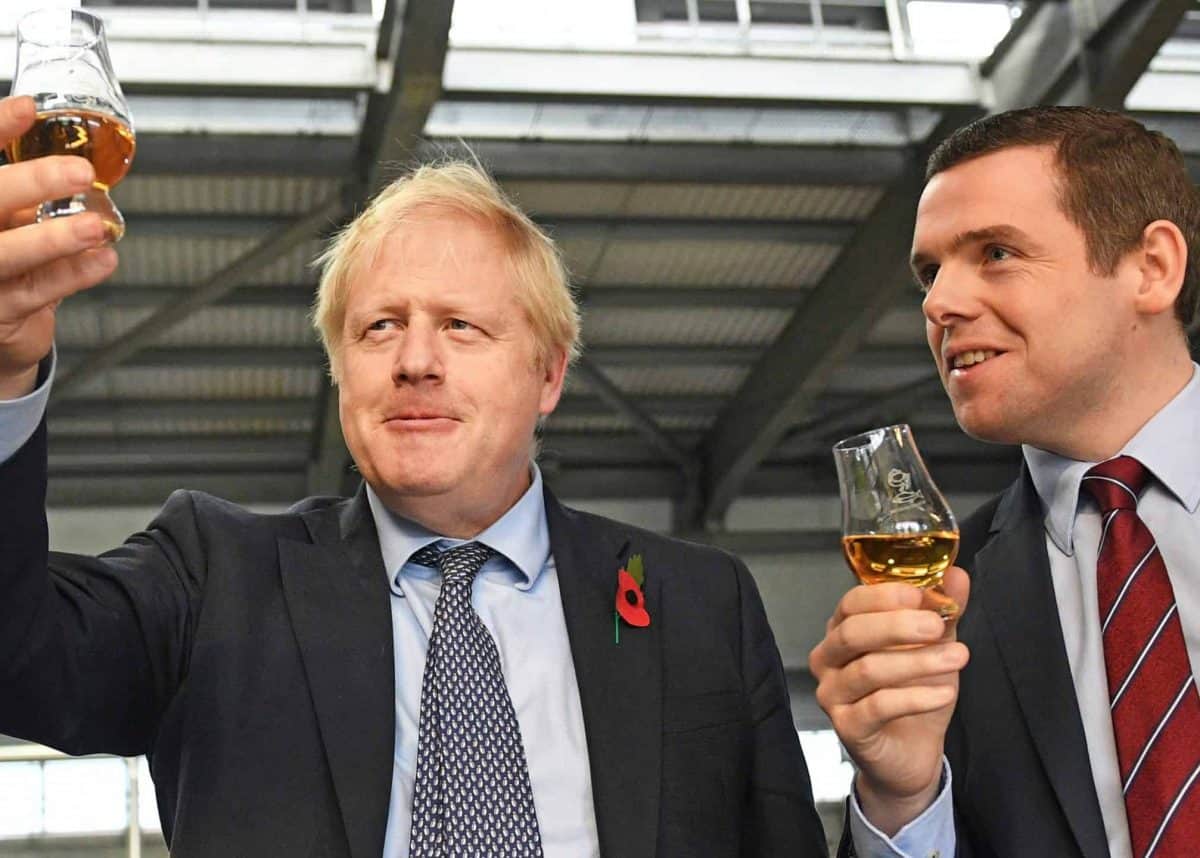 Douglas Ross, who remains the only Conservative MP to have resigned over the Dominic Cummings saga, has been appointed as the new leader of the Scottish Conservatives, it was announced yesterday.

The MP for Moray hit out at the Prime Minister’s aide in May after his trip to County Durham during the coronavirus lockdown came to light.

He said Mr Cummings’ “intentions may have been well meaning” – but that he could not tell constituents who had been unable to visit sick relatives during lockdown that “they were all wrong and one senior adviser to the government was right”.

The decision was praised by Labour’s shadow Scottish secretary Ian Murray and the SNP’s Westminster leader Ian Blackford, who called it the “decent thing” to do.

The only member of the Vote Leave government to resign over the Dominic Cummings scandal is the new leader of the Scottish Conservatives. How very 2020.

But Mr Ross seemed to be on friendlier terms with the party yesterday after being elected leader in an uncontested ballot.

I've just spoken to @Douglas4Moray and congratulated him on becoming leader of the @ScotTories. I look forward to working with Douglas to promote Scotland's place in our United Kingdom 🇬🇧 https://t.co/Q5VC6nuv3I

Welcoming him to the role, Mr Johnson tweeted: “I’ve just spoken to @Douglas4Moray and congratulated him on becoming leader of the @ScotTories.

“I look forward to working with Douglas to promote Scotland’s place in our United Kingdom.”

In a statement, Mr Ross said: “My focus now is on earning the support and trust of people across Scotland who are looking for a positive and credible alternative in Scotland, and who want a fresh start for our country.

“In taking on this job today, I am applying for another: to champion a post-referendum Scotland where we focus not on the divisions of the past but on rebuilding our country from the brink, restoring our reputation for educational excellence, empowering our regions and remote communities, and providing the decent jobs that everyone can aspire to.

“I am applying to work for anyone and everyone in Scotland who wants that to be the focus of our national debate, who wants to move the country forward, and wants that work to start now.”

According to reports in the Daily Record former leader Ruth Davidson met with Ross shortly before Jackson Carlaw – who was Scottish Tory leader for just six months – quit the position.

Boris Johnson and Michael Gove are also believed to have made a trip up to see the newly-appointed leader, leading to accusations of a “carve up” in the press.

Labour MSP Neil Findlay said: “It looks like Ruth Davidson and Douglas Ross were hatching a plan to do in Jackson Carlaw over tea and crumpets in Moray.

“They should give a full account of what was discussed at this secret meeting.”